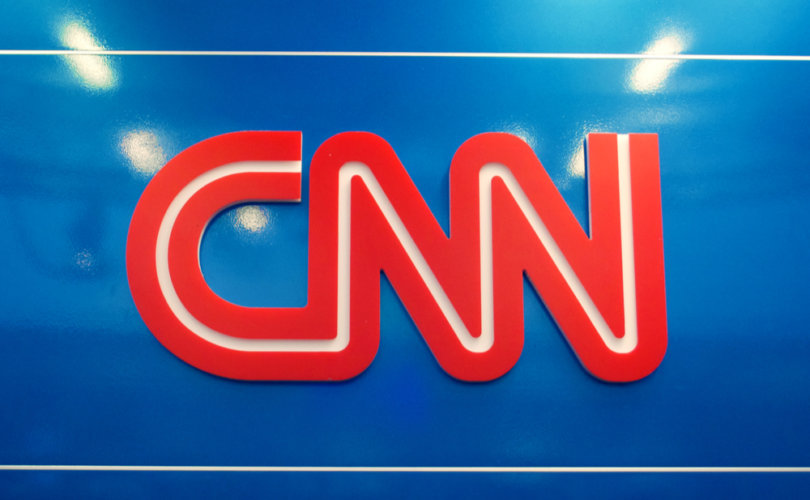 (LifeSiteNews) — Left-wing cable news outlet CNN saw its viewership for the week of the anniversary of the January 6, 2021, Capitol riots fall a massive 80% compared to last year, while more than two and a half times as many viewers opted to watch right-leaning Fox News during the same week.

According to Nielsen ratings, CNN brought in an average of just 548,000 daily viewers for the week of January 3, during which it covered the 1-year anniversary of the January 6 riot at the U.S. capitol in 2021, a major left-wing talking-point.

The viewership averages for CNN are strikingly low when compared to the soaring 2.7 million average daily viewers the network raked in for the same week last year, when it briefly became the most-watched cable news network in the nation for its coverage of the Capitol disturbance.

Most strikingly, CNN’s numbers for the week in the year-over-year comparison paled in comparison with rival Fox News, which topped national ratings by averaging 1.41 million total daily viewers for the week and 2.3 million primetime viewers, making it “the most-watched network on basic cable in the Monday-Sunday 6 a.m.-6 a.m. time period,” TVNewser reported.

It’s unclear whether there is a correlation between the drop-off in CNN’s overall viewership during the first week of January and a potential falling-off of interest in the left-wing narrative surrounding the events of January 6.

Whether the Capitol riot was an “insurrection” or merely a protest gone wrong has dominated political conversation since last year, becoming a favorite topic for left-wing politicians and media pundits who have accused Republicans, particularly former President Donald Trump, of fomenting a violent attack upon democracy itself.

Republicans have generally denounced the violence that occurred during the riot while arguing that what occurred was an unfortunate and violent protest but not an attempted coup. Despite left-wing political talking points, however, none of the protesters charged in connection with the disturbance at the Capitol have been formally accused of “insurrection.”

Further, it remains unclear what involvement, if any, federal officials may have had in the events that transpired that day. The FBI has refused to state whether or not its agents or other personnel were involved in the riot.

Meanwhile, as CNN failed to capture audiences’ attention during its anniversary coverage of the January 6 riot, Fox News held strong as the preeminent cable news network in the nation throughout 2021’s second quarter.

According to Forbes, Fox “dominated the cable news competition in the second quarter of 2021, winning across all metrics: among total viewers in prime time and daytime, and among viewers 25-54, the demographic group most valued by national advertisers.”

In contrast, “CNN’s eye-popping decline is even worse among the advertiser-coveted demographic of adults age 25-54, as the liberal network shed 86% of its viewers and finished last week with only 113,000 average viewers in the critical category after averaging 822,000 a year ago,” Fox News pointed out in a piece spotlighting the Nielson numbers.

For its part, CNN has avoided reporting on its declines, though left-wing outlet Daily Beast took note of the depressed numbers, acknowledging that “CNN’s viewership has shrunk,” holding third place “behind Fox and MSNBC after a series of controversies and scandals that ostensibly struck a blow to the news network’s credibility.”

Scandals involving CNN over the past year included the firing of former network pundit Chris Cuomo after evidence emerged that he had helped his brother, disgraced former New York Gov. Andrew Cuomo, to cover up a sex scandal that led to his ouster last year.

The ongoing shift away from traditional cable news may also help explain an overall decline among all of the cable news networks. Forbes reported that while CNN saw the largest year-over-year prime time decline (57%), Fox News also dipped by 42% despite dominating fellow cable news channels, and MSNBC dropped by 37%.