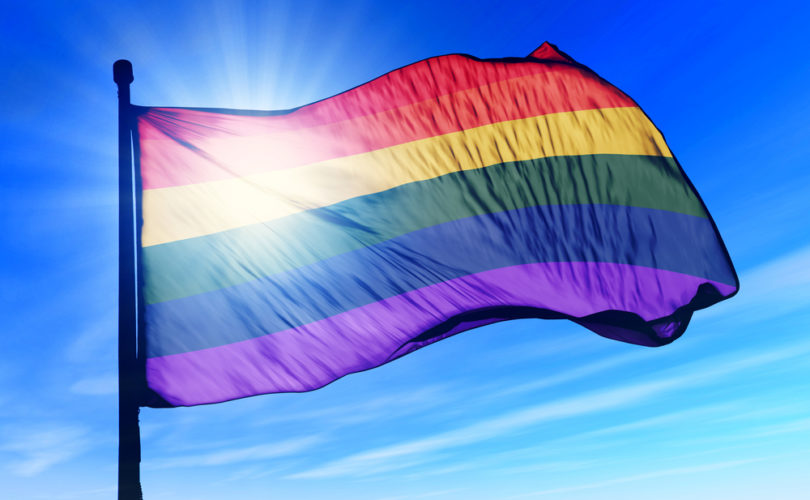 A co-founder of the gay rights group Human Rights Campaign (HRC) has been arrested and charged with sex crimes in the alleged abuse of a 15-year old boy.

Founded in 1980, HRC is possibly the most prominent gay activist organization in the world. It promotes same-sex “marriage,” advocates for gay Boy Scout leaders, and promotes “LGBT inclusive” school curriculum from the earliest years.

Since Bean's arrest, HRC has deleted him from its list of Board of Directors members. Bean had worked closely with the organization for 34 years since its founding. As a real estate mogul, Bean was instrumental in HRC acquiring the building that serves as its headquarters in downtown Washington, D.C. in 2002.

Bean was a prominent backer of President Obama in 2008 and 2012, bundling over $500,000 between Obama's two presidential campaigns.

HRC has recently come under fire for its hit list targeting pro-family leaders. The hit list has left at least two leaders saying that they fear for their lives.

The pro-family group Mass Resistance called upon corporate sponsors of an HRC conference in Boston this past Saturday to retract their support.

Fischer said Bean’s is emblematic of a higher propensity of abuse of minors by homosexuals. At least two significant studies have found that gay men abuse minor boys at a significantly higher rate than heterosexual men abuse minor girls, though gay activists dispute the claim.

A 2002 analysis of studies by the Family Research Council (FRC) concluded that “the evidence indicates that homosexual men molest boys at rates grossly disproportionate to the rates at which heterosexual men molest girls.”

“To demonstrate this it is necessary to connect several statistics related to the problem of child sex abuse,” continued the analysis. Among the relevant factors are that child sexual abuse is mostly done by men, that one-third of child sex abuse cases are against males, and that “less than three percent of the population are homosexuals.”

“Thus,” concluded FRC, “a tiny percentage of the population (homosexual men), commit one-third or more of the cases of child sexual molestation.”

The arrest is just the latest in months of public turmoil for Bean, who over the summer was accused by Lawson of having a camera in Bean's bedroom and was “surreptitiously videotaping his sexual encounters with Lawson and a handful of other men.” This caused the relationship to end, restraining orders to be filed by both Bean and Lawson, and for Bean to try to evict Lawson from a condo owned by the older man.

Bean's legal team has said he is the target of an extortion effort by Lawson. Attorney Kristen Winemiller told Willamette Week, “We went to the police bureau because Lawson and his associates are dangerous men who were, and almost certainly still are, preying on gay men of all ages and walks of life.''

“Over the course of several months in 2013-2014, Terry was the victim of an extortion ring led by several men known to law enforcement,” Winemiller said. “This current arrest is connected to the ongoing investigation of that case in which Mr. Bean has fully cooperated. No allegations against Bean should be taken at face value. We look forward to the opportunity to clear his name.”

A former lawyer for Lawson has said that “the surprising thing to me is Kiah was indicted in this case because it was Kiah who helped authorities find this kid. If someone is going to cooperate and be helpful for the police there should be some kind of reward for that. It could have a chilling effect on others coming forward.'' Lawson is still being held on bail related to the felony abuse charges, while Bean is out on bail.