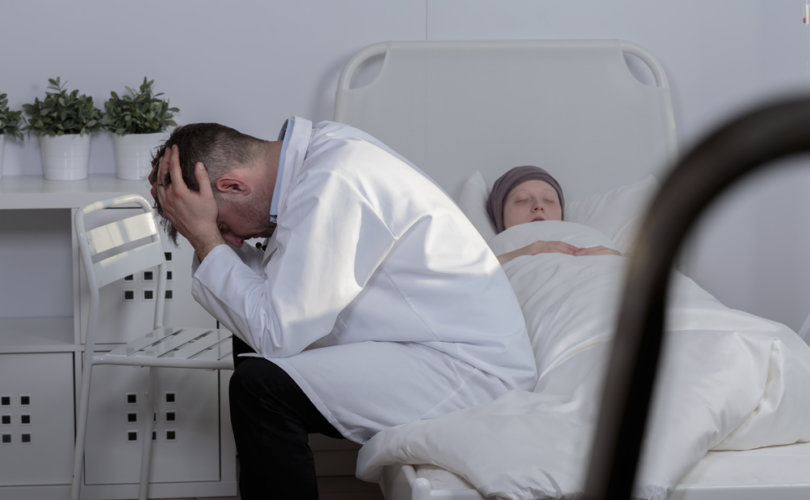 TORONTO, February 21, 2017 (LifeSiteNews) — A broad-based coalition has launched an eight-week campaign for a conscience-rights amendment to Ontario’s proposed law to regulate euthanasia.

(For more details about the campaign, and how you can help, click here: CanadiansforConscience.ca.)

The Liberals introduced Bill 84 — the Medical Aid in Dying bill — in December, but it has no conscience protections, says Larry Worthen, spokesperson for the Coalition for HealthCARE and Conscience.

In its “Call to Conscience Campaign,” which runs until March 31, the Coalition is urging Ontarians to lobby their MPPs for an amendment to Bill 84 protecting the conscience rights of physicians and other healthcare workers.

Bill 84 will be debated at Queen’s Park during the spring session, which starts February 21.

Doctors in Ontario already face punishments, including losing their licence, if they refuse to cooperate with killing their patients in the case of both euthanasia and abortion.

The College of Physicians and Surgeons of Ontario (CPSO) have approved a policy compelling physicians who conscientiously object to assisted suicide, euthanasia or abortion to refer their patients to a willing, accessible colleague in what’s called an “effective” referral.

“Their policy also requires physicians to perform actual procedures ‘in emergency situations,’” Worthen stated in a press release on the campaign.

“This leaves many physicians in a serious conflict – whether to choose their conscience or their career.”

The Coalition is asking people to write and ideally to meet with their MPP to discuss the issue, and to hold group presentations in their homes, parishes or community centres to get others to write their MPPs.

The group has developed documents, posters, social media tools, and a video to help with the campaign’s success. These resources can be used for churches and community groups, and for MPP meetings.

The Coalition’s Call to Conscience Campaign is endorsed by the Evangelical Fellowship of Canada and the Assembly of Catholic Bishops of Ontario and backed by the Euthanasia Prevention Coalition and Campaign Life Coalition.

“Without a question if our physicians lose their conscience rights, we will lose our physicians,” says Alex Schadenberg, Euthanasia Prevention Coalition executive director.

“A doctor who does not believe in killing is not going to stay in Ontario when they’re told they have to be involved in killing,” he told LifeSiteNews in a telephone interview.

“And these are the doctors you and I want to go to,” added Schadenberg, who has written a blog and sent an email blast to his supporters promoting the Call to Conscience Campaign.

“When I’m at the deepest, darkest time of my life, if I’m going through my existential crisis, I don’t need my doctor taking my comment about killing me seriously,” he said.

“And the fact is, that is what we’ll be left with in Ontario if we do not maintain conscience rights.”

“It’s deeply disturbing that in Ontario doctors are being forced to cooperate with killing people either by euthanasia and abortion,” he pointed out.

“We’re backing this campaign 100 percent,” Gunnarson said, noting that there is information on the CLC website. “We are mobilizing our grassroots supporters to push their MPPs for a conscience rights amendment to Bill 84.”

Progressive Conservative MPP Monte McNaughton spoke up for conscience rights in the legislature before Christmas, and he intends to raise the question again when it comes to Bill 84. But so far no other MPP has broached the subject at Queen’s Park.

For more details, resources, or information on writing your MPP, go to CanadiansforConscience.ca.