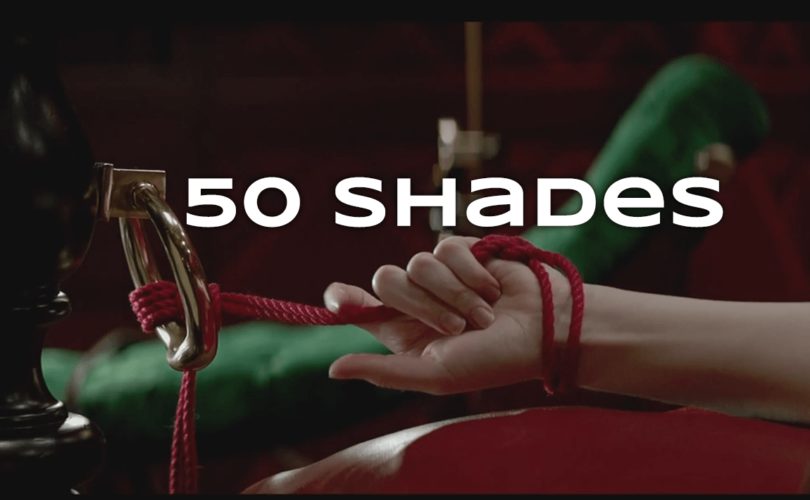 CHICAGO, February 24, 2015 (LifeSiteNews.com) — A University of Illinois–Chicago freshman is being held on $500,000 bail for a violent sexual assault he claims was a consensual re-enactment of the bestselling novel and hit film “Fifty Shades of Grey.”

Mohammad Hossain, 19, is accused of binding, gagging, beating, and raping a fellow UIC student in his dorm room last Saturday evening during what may have begun as a consensual physical encounter.

According to Assistant State's Attorney Sarah Karr, the alleged victim had been intimate with Hossain before, and willingly went to his dorm room.  After she undressed, Hossain then bound her arms and legs with belts, gagged her with a necktie, covered her eyes with a knit cap, and began whipping her with a belt.

At that point, Karr said, the alleged victim “began shaking her head and crying” and begged Hossain to stop.  Instead, Hossain continued to beat her with the belt and his fists.

Eventually, the alleged victim managed to free herself from Hossain’s restraints, but Hossain pinned her down with his arms and sexually assaulted her.  Soon after the assault, Hossain’s roommate returned, but Hossain held the door closed to block him from entering the room.  When the woman finally escaped, she called police, who arrested Hossain.  Hossain reportedly told them he and the alleged victim were re-enacting scenes from “Fifty Shades of Grey.”

As described by prosecutors, the alleged assault does bear similarities to “Fifty Shades of Grey.”  Hossain allegedly gagged his victim with a necktie – an item that has become an iconic symbol of the popular series about bondage and sexual domination, gracing the cover of the first novel.   The alleged whipping of his victim with a belt mirrors the climactic scene in the first novel and currently playing film, in which sadistic male lead Christian Grey finally alienates his prey-turned-paramour by beating her so violently that she leaves him.

The Chicago Tribune reported that after Hossain’s bail was set at $500,000, the student leader and athlete – he serves as an ambassador to the alumni association and participates on the triathlon team – appeared stunned, his mouth wide open as he was escorted back to his holding cell.  Asked by the judge what would possess an otherwise respected young man to “let a movie persuade him to do something like this,” Hossain’s defense attorney said her client believed the encounter was consensual.

Sign a petition to boycott Fifty Shades of Grey here.