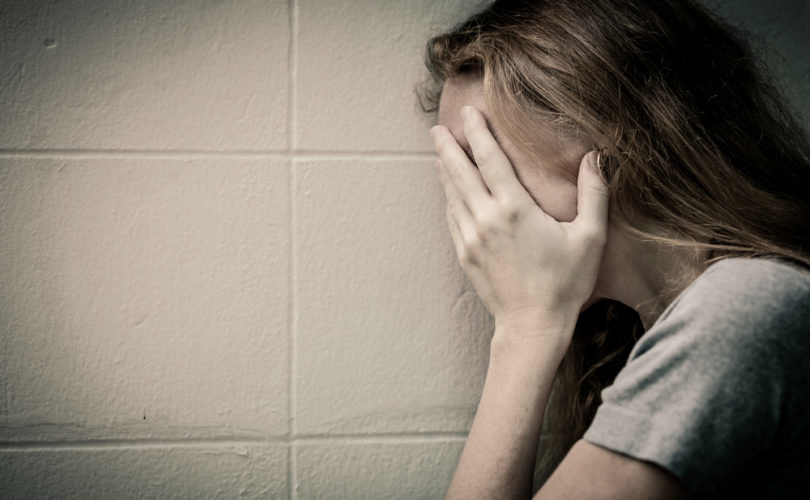 FRESNO, California, January 7, 2016 (LifeSiteNews) – Andrea Figueroa Briseño is a journalism major at Fresno City College.  She writes, “I never imagined that at 19 years old, I would be contemplating the life or death of the child within my womb.”

She thought about keeping the baby but feared statistics that show that “the chances of breaking free from the cycle of poverty is slim for children of teen mothers.”

According to the Guttmacher Institute, 18 percent of abortions in the U.S. are on women 15-19, even though that age group makes up only about seven percent of women in the U.S.

Andrea didn't want to become dependent on welfare. She was concerned about whether she could continue with her schooling if she had a baby. She also fretted about the instability of her relationship with the child's father.

“I did not want my kid to grow up with parents who would eventually break up. Flashes of custody battles played through my mind. … Thirty-nine percent of those who live as a couple and have a baby split within five years.”

Andrea decided on abortion. She quickly took the first set of abortion pills in front of her mother. “I did not want to think about what I was doing.” She hid in her room when she took the next set of pills.

“The doctor said I would not see it, but she lied.”

Andrea delivered “a gooey, thick clot of crimson blood on the toilet paper.”

She described the harrowing experience: “I stood cold, staring at a small malformed baby disguised in blood and planted on the palm of my hand.”

“I have flashbacks of the miserable pain and my passivity as the process was completed.”

Andrea's Post-Abortion Syndrome (PAS) is tragically not unique, or even rare. Guilt, regret, flashbacks, and nightmares are common experiences of post-abortive women. Andrea says she is still “tormented, as I realize that I did not raise my voice or fist to fight for my child.”

Andrea confides, “What hurts most is that moment when the life of a would-be child passed through me and left my body forever. Regret pierces my heart as I remember the day I flushed my baby away like it was nothing.”

In some women, PAS can be fatal. While pregnancy is correlated with a dramatic decreased rate of suicide, abortion dramatically increases the risk of suicide.

Dr. David Reardon explains, “A woman who is distressed over a pregnancy is crying out for help when she tells others she is considering abortion. … They need to see the value of life, their own as well as their child's, reflected in the love of those who would help them preserve that life. … This requires us to engage in 'costly love,' a love that demands a real sacrifice of time, energy, and resources. Anything less, they will interpret as 'You don't really care.' Anything less, and they will be right.”

Rapper’s heartbreaking video on regretting abortion has 6+million views
‘An emptiness inside me that was unexplainable’: Women share abortion regrets on Roe anniversary