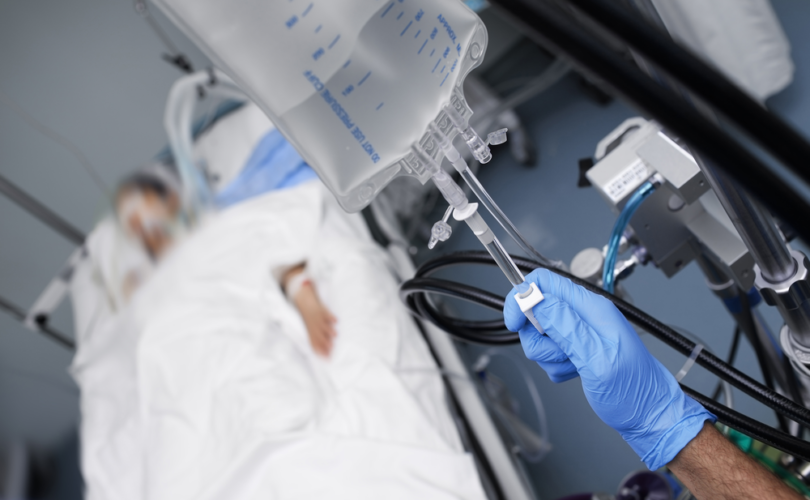 Colombia’s constitutional court ruled Wednesday that Colombians suffering from “serious or incurable illnesses” that are not “terminal” will now be eligible for medically assisted suicide. While Colombia has allowed euthanasia for terminal patients since 1997, the new decision allowing those not at imminent risk of death to end their own lives is a first for Latin America.

The court case started with a lawsuit by pro-euthanasia group DescLAB, who argued that disallowing suicide for the incurable violates their “right” to a “dignified death.”

According to Reuters, the ruling was approved by six of nine judges who upheld that all of the other criteria such as “intense physical or mental pain” and an illness that makes life “incompatible with living a dignified life” will still apply to those seeking to qualify for death.

“It’s a new mechanism which, along with euthanasia, allows us to access a free, safe and accompanied medically assisted death,” DescLAB research director Lucas Correa said in a video.

“It’s a decisive step for our country to consolidate its position as one of the most advanced in the world when it comes to the right to die with dignity,” the director added.

The move came just months after the February decision by Colombia’s highest court in a 5-4 vote to legalize abortion up until week 24 of gestation. Colombia became the third Latin American country in a roughly one-year period to decriminalize or legalize abortion.

In Canada, for example, these fears have been largely confirmed, as the country is on track to legalize assisted death not only for those suffering from terminal illness or non-terminal incurable illness but solely for mental illness as well.

Even worse, as reported by LifeSiteNews earlier this month, the rules have become relaxed in Canada to the point where a Toronto woman is in her final stages of approval for assisted suicide because she cannot find affordable housing that would accommodate her disabilities.

According to local reports, this is the second woman in recent months that has qualified for assisted suicide because she could not afford housing that would allow her to mitigate the impact of her chronic and painful illnesses.