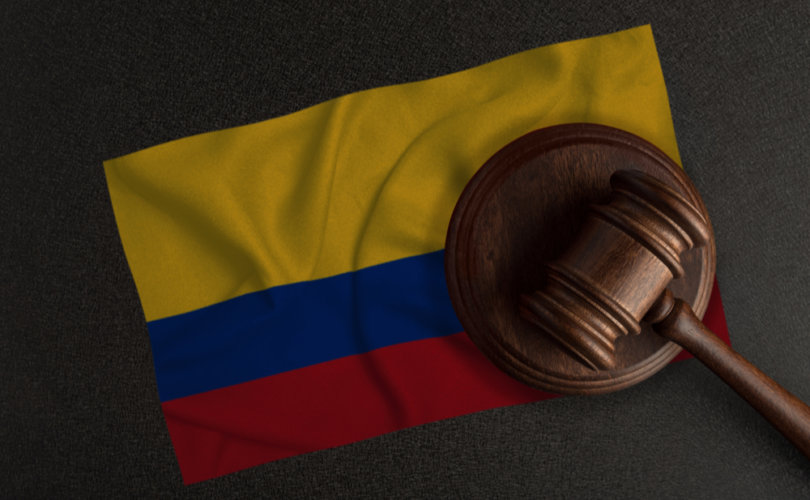 BOGOTÁ, Colombia (LifeSiteNews) — Colombia’s constitutional court has ruled in favor of legalizing abortion for the first 24 weeks of pregnancy.

The Monday ruling took place at an extraordinary session attended by nine judges. In the end, five of them voted in favor of abortion.

Pro-lifers held a “Silence of the Innocents” sit-in outside the court. Hundreds of coffins representing aborted babies were placed on the sidewalk.

Feminists and pro-abortion activists also held demonstrations and called for the “total decriminalization of abortion.”

Following the ruling, the constitutional court issued a statement declaring that abortion “will only be punishable when it is carried out after the twenty-fourth (24) week of pregnancy and, in any case, this time limit will not apply to the three cases established in ruling C-355 of 2006.”

The three cases allow abortion if a woman’s life is in danger, a fetus has malformations, or a pregnancy resulted from rape.

With the new ruling, these three “grounds for abortion” will remain in place with no gestational limit, while abortion in all other cases will become legal all the way up to 24 weeks of pregnancy.

In the run-up to the vote, Colombian President Ivan Duque shared his opinion on the issue, describing himself as “a believer” and “pro-life.”

“I am a believer and I have never stopped expressing my opinion on the subject,” he said. “What has my position always been? I am a person who believes in life from conception, and I have always declared myself a pro-life person.”

The Colombian president acknowledged that the three cases of the 2006 ruling are “circumstances that the country has recognized.”

“I think that moving away from this would be something very tough on our society,” he added.

The news of the ruling came as a shock for pro-lifers. One of them, Andrea Garzón posted a video on her Instagram lamenting the outcome of the vote.

“We have a pro-abortion court that’s not protecting the human rights of Colombians,” she said. “We need to keep on fighting, keep defending life. We are going to continue defending the rights of unborn children.”

The pro-lifers argued that though the ruling is “a lost battle,” pro-lifers are still “winning the war because Christ already won it in heaven.”

“We’re not stopping; we are here for both lives. We can’t allow babies to die. We have to continue. We are going to save more and more babies,” Garzón said.

Some among the pro-abortion activists were also disappointed, as the ruling fell short of the expectations of those who had been calling for the “complete decriminalization of abortion in Colombia,” meaning the possibility of killing unborn babies all the way up to the moment of birth.

One of them was Cristina Rosera, a lawyer for the New York-based Center for Reproductive Rights, one of five organizations that filed a lawsuit in 2020 which led to Monday’s ruling.

“We were trying to get the complete decriminalization of abortion,” explained Rosero.

The pro-abortion activist still described the ruling as a “historical step.”

Her words were echoed by another Colombian lawyer and executive director of the Women’s Equality Center in New York, Paula Ávila-Guillén.

“It’s very hard to express all the history that is being made right now,” said Guillén.

With this ruling, Colombia became the third Latin American nation to have legalized abortion. Back in December of 2020, Argentina issued a similar ruling and legalized the killing of the unborn through the first 14 weeks of pregnancy.