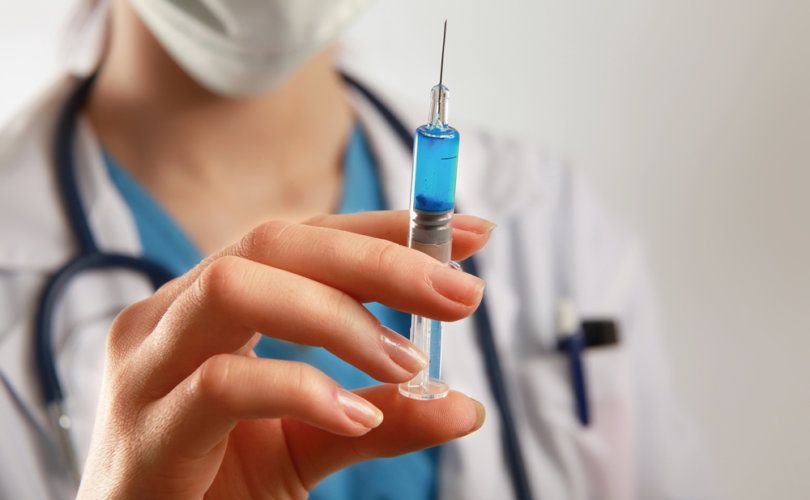 DENVER, November 8, 2016 (LifeSiteNews) — Colorado voted to legalize physician-assisted suicide tonight by an expected margin of around 65 percent to 33 percent.

Alex Schadenberg, executive director of the London, Ontario-based Euthanasia Prevention Coalition says the result is distressing but not surprising.

Proposition 106 creates the “Colorado End of Life Options Act” allowing doctors to prescribe lethal drugs to patients age 18 and over who have been diagnosed with a terminal illness and have been assessed to have six or fewer months to live.

The law requires two doctors to agree that the patient is in the final stages of a terminal illness. Patients will not be asked to undergo a mental health examination.

“The language is very weak,” noted Schadenberg. “If you have a medical condition you don’t have to speak to a specialist, you don’t have to, in any way, receive an opportunity to get the information that might change your mind on it.”

The Vote NO coalition also has denounced Prop 106 as “fatally flawed” because it does not take account of the possibility that doctors may misdiagnose a patient’s life expectancy, it does not require the involvement of a psychiatrist or psychologist, and it makes it “too easy for big healthcare companies and greedy heirs to financially exploit assisted suicide.”

It’s already been demonstrated that “insurance companies will use assisted-suicide legislation to deny coverage for treatments,” said Peggi O’Keefe, spokesperson for the coalition.

She pointed to Oregon, where “the state Medicaid program denied chemotherapy treatments, denied procedures, but said hey, but we will cover assisted suicide medication.”

Although the Colorado legislature twice defeated a bill to legalize assisted suicide, the proponents of physician-assisted suicide got enough signatures to certify the ballot initiative in August, she said.

O’Keefe likened the battle in the lead-up to the vote as a David and Goliath struggle pitting the Vote No coalition against a well-funded campaign led by Yes on Colorado End of Life Options, and the Compassion and Choices Action Network (CCAN).

Both are registered with the Colorado Secretary of State as issues committees, with Yes on Colorado End of Life Options reporting contributions of $5,424,794.79 by October 26, 2016, and CCAN reporting $5,359,281.50 in contributions by that date.

Both committees were registered under Crystal Huish and both listed Suite 200, 4155 E Jewell Avenue, Denver, Colorado, as their address.

“They raised a ton of money,” O’Keefe said, leaving the Vote No side, which she described as a “broad based coalition of elder law attorneys that practice specifically in this area, folks from the disabled community, folks from the faith community” scrambling to get their message out.

Hampering the Vote No efforts, as well, was a mail-in ballot crammed with six amendments, three propositions and one ballot issue, not to mention a slate of candidates for the local, state and national level. As a result, “the media was very expensive, so it was hard to communicate our message to voters,” noted O’Keefe.

Colorado’s Catholic bishops vocally opposed Prop 106, as well donating to the Vote No campaign, with the Archdiocese of Denver donating $1,6oo,400; the diocese of Colorado Springs $500,000; and the diocese of Pueblo $325,000, according to Ballotpedia.

The Manhattan Declaration sent out an 11th-hour message the Sunday before the election to to oppose the measure. The Denver Post, the Colorado Springs Gazette and the Longmont Times-Call also called for Prop 106’s defeat.

“The difficulty here is that the Compassion and Choices was able to pack away $20 million in their Brittany Maynard campaign,” echoed EPC’s Schadenberg.

“They’ve been to put huge money into Colorado, similar to Washington state referendum in 2008, where the assisted suicide side was able to outspend our side.”

Compassion and Choices has been funded in the past by billionaire George Soros, according to a 2013 Washington Examiner article by Anne Hendershott, which stated that Compassion & Choices “was listed as one of the ‘top 75 Grantees’ of the Soros American Foundations” in 2010, receiving about $1 million.

Soros, who in 2011 admitted that his mother joined the Hemlock Society, is alleged to have bankrolled the Colorado Yes to End of Life Options and CCAN issue committees.

“We believe that Soros has tried to hide his involvement and violations of the campaign finance law have occurred,” Andrews told LifeSiteNews. He expects his complaint will go before a judge after the today’s election.

Trend in states is to reject assisted suicide

But Schadenberg says that while Colorado’s yes vote creates an impression that the trend is for states to accept physician-assisted suicide, the opposite is true.

Schadenberg urged people to purchase and disseminate the Euthanasia Deception DVD, which documents the consequences of legalizing assisted suicide and euthanasia in Belgium and the Netherlands.

“These laws are about ending someone’s life, it will give the doctor the power to do it,” he said. “People need to be watching the Euthanasia Deception video to see what the truth of this is actually going to be.”