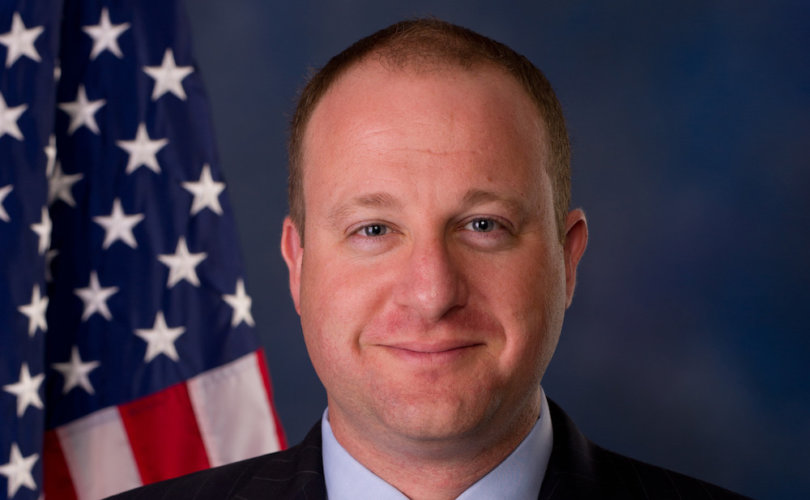 With 62% of precincts reporting, Polis defeated Republican state treasurer Walker Stapleton 51% to 45%, according to The New York Times. Polis has called abortion a “very personal decision for a woman,” between “her conscience, her god and her doctor,” which government should restrict “in no way, shape or form.”

Stapleton, meanwhile, claimed he was pro-life with rape exceptions but not pro-personhood, and dodged questions on whether he would sign pro-life legislation. “I’m not going to get into a bunch of hypotheticals on a particular piece of legislation. Roe v. Wade is the law of the land. We’ll see what happens in future,” he said during the campaign.

Polis’ victory will not change the balance of power in the state, as he’s taking over for retiring Democrat Gov. John Hickenlooper.

The win is more significant due to the candidate’s sexual attraction; Polis is “married” to a man, Marlon Reis. “I am excited to be here with Jared on the front lines, making history and fighting the good fight,” Reis wrote in 2009. “It fills me again with hope when I remember that we are only the first in what will be a long line of openly LGBT legislators.”

He is not the United States’ first LGBT governor; CNN notes that Democrat Kate Brown of Oregon was elected as a bisexual before him, and former New Jersey Gov. Jim McGreevey announced his homosexuality before resigning in 2004.

It remains to be seen whether Polis will be working with a different balance of power in the state legislature, which is currently split between a narrow GOP Senate and Democrat House.