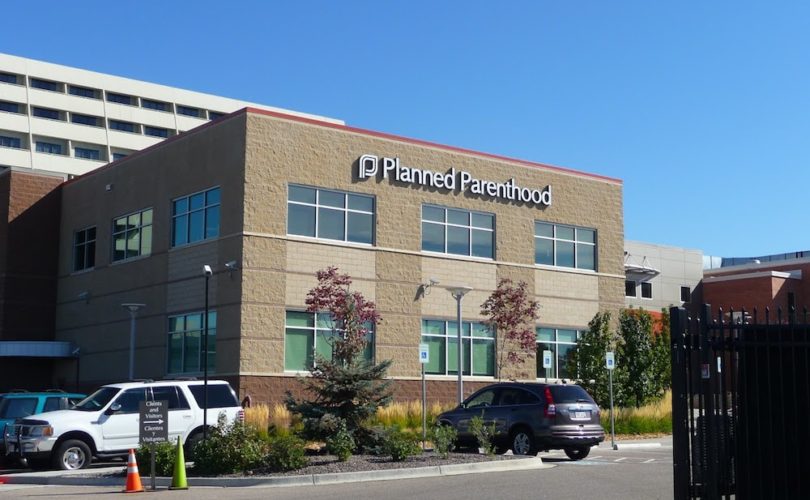 Denver County District Court Judge Andrew McCallin dismissed the case on the basis that ADF could not prove the funds paid for abortions. But ADF maintains that funding an abortion facility is indirectly paying for abortions, which violates state law.

ADF senior counsel Michael Norton — whose wife, former Colorado Lieutenant Governor Jane Norton, filed the lawsuit – told LifeSiteNews that “no one is above the law, including Colorado politicians who are violating our state’s constitution by continuing to fund Planned Parenthood’s abortion business with state taxpayer dollars.”

“The State of Colorado even acknowledges that about $1.4 million of state taxpayer dollars flowed from Colorado government agencies through Planned Parenthood to its abortion affiliate. The Denver court seems to have agreed with that fact and yet granted motions to dismiss based on a technicality,” said Norton.

According to Colorado law, “no public funds shall be used by the State of Colorado, its agencies or political subdivisions to pay or otherwise reimburse, either directly or indirectly, any person, agency or facility for the performance of any induced abortion.” There is a stipulation that allows for “the General Assembly, by specific bill, [to] authorize and appropriate funds to be used for those medical services necessary to prevent the death of either a pregnant woman or her unborn child under circumstances where every reasonable effort is made to preserve the life of each.”

Since 2009, however, that has changed, which is why the lawsuit is filed against Planned Parenthood, and multiple government officials, including Democratic Colorado Gov. John Hickenlooper.

According to ADF legal counsel Natalie Decker, the fact that Planned Parenthood sent funds to the abortion affiliate should have convinced McCallin of the merits of the case. “The State of Colorado and the Denver court acknowledged that about $1.4 million of state taxpayer dollars, in addition to millions of 'federal' tax dollars, flowed from Colorado government agencies through Planned Parenthood to its abortion affiliate,” said Decker.

“Without even having the facts of the case developed, the Denver court seems to have granted motions to dismiss filed by the State of Colorado and Planned Parenthood on grounds the term 'indirectly' could not mean what Ms. Norton and Governor Owens said it meant in 2002 when they defunded Planned Parenthood.”

“That, of course, is the plain meaning of Colo. Const., Art. V, § 50 which was implemented by the citizens of Colorado, and the reason for Ms. Norton’s lawsuit.”

Decker told LifeSiteNews that “Colorado law is very clear,” and that the state law “prohibits Colorado tax dollars from being used to directly or indirectly pay for induced abortions.”

She says her client “has been denied the opportunity to fully develop the facts of the case and demonstrate exactly what the Colorado tax dollars have been used for.” Similarly, says Decker, it is not known “exactly what those funds were used for. At this time, there is simply no way to conclude that tax dollars have not been used to directly pay for abortions or abortion inducing drugs and devices.”

“What we do know is that millions of Colorado tax dollars have flowed through Planned Parenthood to its abortion affiliate, which leads to the inescapable conclusion that those tax dollars are being used to indirectly pay for abortions.”

A spokesperson for Planned Parenthood of the Rocky Mountains did not return multiple requests for comment about the lawsuit.

The dismissal comes as Planned Parenthood fights an investigation by the state's Republican attorney general over a video by Live Action, as well as a lawsuit by a mother whose 13-year old daughter had an abortion in 2012 that she alleges was covered up by Planned Parenthood. The girl, who was being abused by her stepfather, was abused for months after the abortion.

Correction: This article originally stated that the ADF lawsuit alleged the state gave Planned Parenthood $1.4 million in funding, however they actually allege the state gave $14 million.