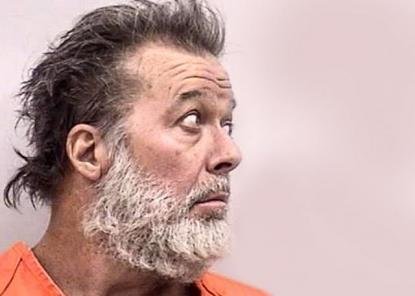 COLORADO SPRINGS, March 18, 2016 (LifeSiteNews) – The man who opened fire at a Colorado Springs Planned Parenthood location the day after Thanksgiving says he has been found mentally incompetent.

Robert Lewis Dear Jr. told local media on Wednesday that a psychiatric examination found that he is unfit to stand trial due to mental illness.

“My lawyer just came to the jail and said, 'Look, it says there on that page, Dr. Gray from Pueblo says that he's incompetent to stand trial,'” Dear told KKTV during a phone interview from the El Paso County jail.

The official report, if it is completed, is to be presented at Dear's court hearing next Wednesday, March 23.

Such a verdict would surprise no one. He believed that he had been a victim of a federal government harassment program that stretched out over years, as secret agents secretly watched his every move, broke into his trailers, and cut holes into his clothes.

His decision to take refuge inside a Planned Parenthood abortion facility, he said, was a “spur of the moment” choice where he hoped to wage a war against the feds.

In his court appearances, Dear's eyes have scanned the room erratically as he rocked back and forth, often shouting short words or staccato phrases over his state-appointed defense attorney, Daniel King.

“I am a warrior for the babies!” Dear shouted at his second hearing on December 9.

King requested a psychological examination after struggling to defend his client in court.

If he is found incompetent to stand trial, Dear will be held in the Colorado Mental Health Institute, located in Pueblo.

If not, Dear said that he hopes to plead guilty and expects to receive the death penalty for his crimes.

He told KKTV this week he wants a “speedy trial” to “help the victims' families.”

In previous interviews, he has eschewed any remorse and refused to apologize.

But he told KKTV, “Everybody deserves to have information about what's going on and what caused this tragedy events of everything. But they don't want that to come out because it might embarrass the feds and Obama.”

Planned Parenthood shooter plans to plead guilty, be executed for his crime