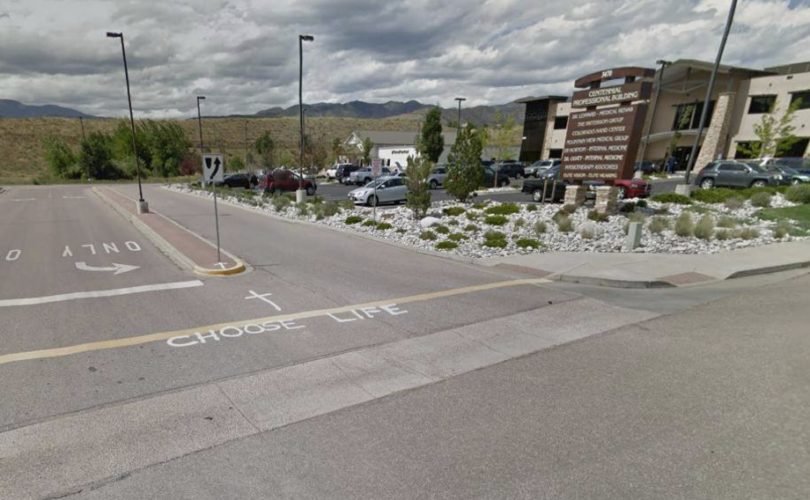 December 2, 2015 (LifeSiteNews) – The Colorado Planned Parenthood shooter suffered from emotional issues that were severe enough to merit psychotherapy, his ex-wife has said.

Micheau said that Dear had “emotional problems and needs counseling, which he vehemently opposed many times.”

An affidavit filed as part of their 1993 divorce proceedings painted a picture of a man whose temper changed as quickly as it flared.

Dear carried on numerous extra-marital affairs, lost large sums of money gambling in Las Vegas and Atlantic City, and became physically and emotionally abusive. Dear admitted to “certain acts of adultery” during the eight years of their marriage.

At one point, she said he beat her head into a concrete floor and she was afraid he would one day kill her, Michaeu wrote. “You have to constantly monitor his emotional state,” she said.

“I tried to stick with him and help him through it, but it has become impossible,” she said as she ended the marriage that began eight years earlier.

All the while “Rob,” as she called him, claimed he was a model Christian. “He claims to be a Christian and is extremely evangelistic, but does not follow the Bible in his actions. He says that as long as he believes he will be saved, he can do whatever he pleases,” she wrote. “He is obsessed with the world coming to an end.”

A neighbor said that Dear once advised him to build a metal roof on his home to prevent government snooping.

Micheau became emotional more than 20 years after their split, telling NBC News “he would spin on a dime from being OK to being furious. And he was abusive, very abusive emotionally, abusive physically.”

“It was always nerve-racking because you never knew what he was going to be like,” Micheau said.

The last year of their marriage began with Dear being arrested for sexually assaulting the wife of a man deployed on a Navy submarine in late 1992, although legal authorities chose not to prosecute.

However, the two differed over whether Dear obsessed over abortion.

Micheau said that Dear had vandalized Planned Parenthood's abortion facility in Charleston, South Carolina, sometime before the two divorced in 1993. “He was very proud of himself that he'd gone over and jammed up their locks with glue so that they couldn't get in,” she said. As of this writing, the facility has not confirmed the alleged vandalism.

That incident made her believe Dear deliberately targeted another Planned Parenthood near his new home in Colorado.

“For him to plan this and go there – he meant to go there. There is no doubt in my mind,” Micheau told NBC News yesterday.

An anonymous source told the New York Times that in 2009 Dear praised the Army of God, a domestic terrorist group, as doing “God's work.” The group – whose manual refers to bombing and arson as “powerful, appropriate” – has claimed responsibility for a handful of attacks including the 1998 bombing of an abortion facility in Birmingham, Alabama.

However, Ross said that abortion “was never really a topic of discussion” with Dear.

Years after their divorce Dear moved to a plot of scrub brush in Colorado with his current live-in girlfriend, Stephanie Bragg. She had been hospitalized with pancreatitis for more than a week by the time of the shooting.

A relative of Bragg's told the New York Times that Dear “wasn't sleeping at all” before the standoff that left three people dead, but had “been talking about the Devil getting in his head and such.”