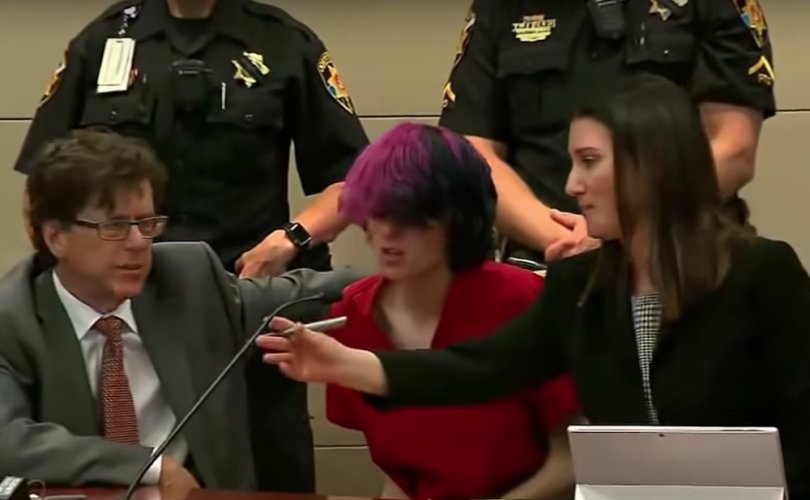 HIGHLANDS RANCH, Colorado, May 9, 2019 (LifeSiteNews) – One of the teenagers accused of perpetrating Tuesday’s shooting at a public charter school outside Denver is a gender-confused girl while the other has a history of anti-Trump and anti-Christian social media postings, according to news reports that continue to surface about the developing story.

The shooting took place at STEM (Science, Technology, Engineering, & Math) School Highlands Ranch and left one student dead and eight injured, NPR reports. “This is something that no one wants to have happen in their community,” Douglas County Sheriff Tony Spurlock said. “Two individuals walked into the STEM school, got deep inside the school and engaged students in two separate locations.”

The school teaches students from kindergarten all the way through 12th grade, but all the victims were 15 or older. The shooters were stopped by 18-year-old Brendan Bialy, a U.S. Marine Corps recruit, and 18-year-old Kendrick Castillo, who gave his life to tackle one of the shooters.

The suspects have been identified as 16-year-old Maya McKinney and 18-year-old Devon Erickson, two STEM students who were reportedly friends. McKinney was “in the midst of transitioning from female to male,” Denver7 reports, and her attorney requested in court Wednesday that she be referred to with male pronouns and the first name “Alec.” Heavy identifies a tweet in which McKinney alleges that her mother “hates the new alec” [sic].

Heavy also reports that Erickson is a registered Democrat who wrote on Facebook that he “hates” Christians for their stance on homosexuality, and shared content critical of President Donald Trump and supportive of former President Barack Obama.

“You know what I hate?” Erickson asked in one post. “All these Christians who hate gays, yet in the bible, it says in Deuteronomy 17:12-13, if someone doesn’t do what their priest tells them to do, they are supposed to die. It has plenty of crazy stuff like that. But all they get out of it is ‘ewwwwww gays.’”

Car towed from #stemshooting suspect's home apparently has “F*** SOCIETY” spray painted on the side. Also “666” and a what looks like a pentagram sprayed on the hood. pic.twitter.com/e6QX3lq4v3

“Devon did not do what he did because he’s liberal or to make a statement. He did it due to internal struggles,” a student who allegedly knew both suspects wrote on Instagram. “They’re both struggling with mental health issues and this is a time for awareness. Alec did not do this because he’s trans, but had people supported him in the way he needed and deserved, he would not have struggled so much that he got pushed over the edge.”

But while politics or gender issues may not have motivated the alleged shooters, it may be a factor in why the mainstream press was slower to spread details about the story than they are for most mass shootings.

“There are millions of gay and transgender individuals in our country who don't violently attack people for their opinions. But the suspect's ideological and theological opinions certainly seem newsworthy,” Houston radio host Ken Webster Jr. wrote. “If these two young men were conservative Trump-supporting Christians, you can most definitely bet that information would qualify as a front page headline for the NYTimes, the Wash-Post and CNN […] Talking heads won't talk about who these young men really were because it doesn't support their agenda against right-wing extremism.”