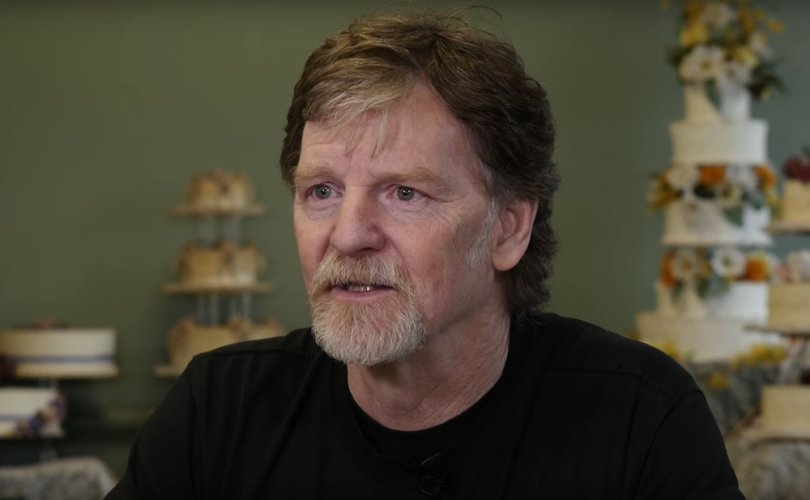 DENVER, Colorado, April 27, 2016 (LifeSiteNews) – The Colorado Supreme Court has rejected an appeal from a Christian baker accused of discrimination for declining to make a cake for a homosexual “wedding.”

Attorneys for cake shop owner Jack Phillips are reviewing their options in the wake of the high court’s refusal Monday to review Masterpiece Cakeshop v. Craig.

“We asked the Colorado Supreme Court to take this case to ensure that government understands that its duty is to protect the people’s freedom to follow their beliefs personally and professionally,” Alliance Defending Freedom (ADF) Senior Counsel Jeremy Tedesco said in a statement, “not force them to violate those beliefs as the price of earning a living.”

“Jack, who has happily served people of all backgrounds for years, simply exercised the long-cherished American freedom to decline to use his artistic talents to promote a message and event with which he disagrees, and that freedom shouldn’t be placed in jeopardy for anyone,” Tedesco continued. “We are evaluating all legal options to preserve this freedom for Jack.”

The Colorado Civil Rights Commission ordered Jack Phillips and his staff to produce cakes for same-sex celebrations in December 2013. The commission also ordered Phillip to re-educate his staff and to file quarterly “compliance” reports for two years.

The order stemmed from a complaint by same-sex couple Charlie Craig and Davis Mullins alleging that Phillips discriminated against them “due to their sexual orientation” by refusing to make them a “wedding” cake.

Phillips had told the men he does not create cakes for same-sex “weddings” when they made the July 2012 request in his Lakewood, CO, cake shop.

Homosexual “marriage” was not yet legal in Colorado, so the men had planned to conduct their ceremony in Massachusetts and then subsequently celebrate in Colorado.

After the lower court’s 2013 ruling that Phillips violated the Colorado Anti-Discrimination Act (CADA), the Colorado Court of Appeals upheld the decision in 2015.

Phillips has also stated his stance is not limited to homosexual “weddings,” and that he declines to make cakes for other things that violate his religious beliefs.

“It’s not just the cakes for the same-sex weddings; I haven’t singled out that one issue as something that I won’t do,” Phillips said in an ADF video. “I also don’t make cakes for bachelor parties. I don’t make Halloween cakes or anything involving witchcraft or demons. Sometimes it seems like I’ve turned down more cakes in a day than I’ve taken orders for.”

Phillips has also said that restricting how he lives his life as a Christian to simply on Sunday would be impossible.

“For us to limit what we do because of a public accommodation act says, ‘We don’t want God to be part of our lives except on Sunday,’” he said. “No, we want him to run our lives, through out lives, every day and any way that he wants.”

Phillips, who has operated Masterpiece Cakeshop since 1993, has stopped making wedding cakes altogether while his case is in litigation.