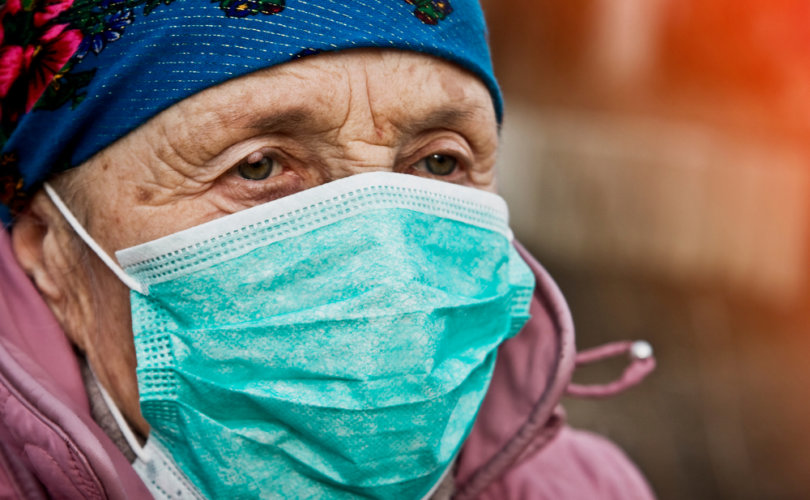 LONDON, England, March 5, 2020 (LifeSiteNews) ― A UK columnist suggested that the Coronavirus may “prove mildly beneficial” from an economic perspective in “culling” the elderly.

In his March 3 article titled  “Does the Fed know something the rest of us do not with its panicked interest rate cut?”, Telegraph associate editor and financial columnist Jeremy Warner stated that “there is nothing in the data to suggest the US economy is about to fall off a cliff.” He suggested that there may be a silver lining in the coronavirus cloud.

“From an entirely disinterested economic perspective, COVID-19 might even prove mildly beneficial in the long term by disproportionately culling elderly dependents,” Warner wrote.

The suggestion shocked many readers.

“This is a horrifying statement in the @Telegraph,” tweeted Catholic commentator Nick Donnelly. “It just shows how ingrained the culture of death has become in Western society.”

This is a horrifying statement in the @Telegraph

It just shows how ingrained the culture of death has become in Western society.

“It just shows how ingrained the culture of death has become in Western society,” he added.

On Gloria TV’s English-language website today, Tessa wrote, “This is what happens when you reduce people to economic units. Mere means of production. Thank God for the Catholic faith and the upholding of the sanctity of human life. The world would be grim indeed without it.”

The comments box attached to the report was filled with negative reactions.

“I would say Jeremy is correct the Fed do know much more than his dawdling drivel,” Michael Flaherty wrote. “And [this is] a grossly offensive bit of journalism.”

“Speaking as an elderly dependant I would regret any culling coming in my direction,” added Peter Armstrong.

“Wake me up someone – was the above really in the article. Culling the elderly? Moderator, what sort of people are you working with?” asked reader G DH, earning a stinging rebuke from Warner himself.

“@D GH Oh dear, have I caused offence by pointing out the blindingly obvious? Hadn't realised that the Telegraph website had become a safe place for the woke,” the columnist retorted.

“I do suffer from something called empathy,” D GH responded.

“Calling me a woke isn't very friendly but I do hope we can meet face to face one day and talk about the real economic problems facing the world.”

The comment was also discussed on social media.  Roberta Trew tweeted, “Jeremy Warner should be fired. That is a disgusting statement to make about other human beings.”

“How about ‘culling’ some business writers?” joked Tom Iarocci, MD.

A somewhat penitent Warner stated in the comments box to the original article that he should not have used the word “cull” but defended his economic argument.

“On reflection, I should not have used the word ‘cull’,” he wrote on March 4.

“But I am unrepentant about the economic point I was trying to make. Any thinning out of those of prime working age is a much bigger supply shock than the same thing among elderly retirees,” he continued.

“Obviously, for those affected it is a human tragedy whatever the age, but this is a piece about economics, not the sum of human misery.”