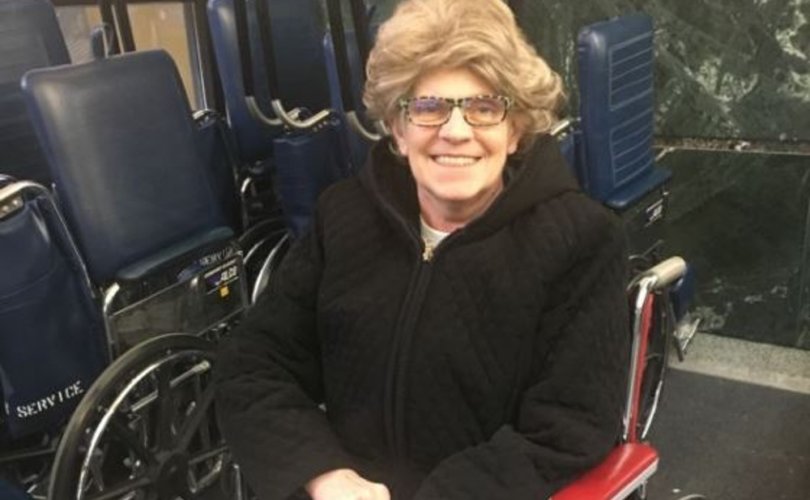 ADA, Minnesota, December 22, 2017 (LifeSiteNews) – Sheila Lewis was in a coma and hadn’t had anything to eat or drink for 12 days. Her family expected her to die, but instead she woke up and asked for a glass of water.

Now she'll be able to celebrate Christmas with her family.

On Labor Day, Sheila, a grandmother, began to rapidly lose her memory.

“She could not grasp what day it was,” daughter Brandy Arends told Forum News Service. She says they “instantly” know something was very wrong.

Indeed, something was very wrong.

“She kept saying my brain is in a fog,” Chasity Brandt, another of Sheila’s daughters, shared with WDAY-TV’s Kevin Wallevand. She forgot her grandchildren’s names, then her daughters’ names, then her own name.

In short order, Sheila was taken to a Fargo hospital, but her condition only worsened.  She lost the ability to speak. Breathing and feeding tubes were put in. She was placed in the hospital’s Intensive Care Unit.

Arends said the “world-renowned doctors” at Mayo Clinic told her they had “never seen a case like” Sheila’s, according to a Twin Cities report.

“They didn’t even know what they were dealing with,” the daughter added.

Sheila fell into a coma. She lay unresponsive for weeks. Arends explained that her mother’s condition was described as a “vegetative state.”

“Nothing more we could do,” Arends told Wallevand.

“We canceled plans and brought the kids down to say goodbye to grandma,” Brandt added.

After saying their goodbyes this side of eternity, Sheila was taken off life support. Her daughters planned her funeral, and bought black.

But Sheila didn’t die. Finally, comatose Sheila was brought to her daughter’s home under Hospice care.

Twelve long days – with no food, water, or oxygen assistance – went by. It had been six weeks since Sheila last uttered a word.

Then the miracle happened. Sheila asked for water.

“Did she just talk?” Brandt asked, according to Wallevand’s account. “Is she talking?”

Sheila not only awakened, but began to recover. When the Mayo Clinic heard about it, doctors asked to see Sheila.

“You are a miracle,” the experts said, according to Arends.  “They said that word – ‘miracle’ – is never thrown around, (but) that is what you are.”

Sheila and her entire family are especially celebrating Christmas this year. Their mother and grandmother is back.

“I have always had faith, but more so now,” the Twin Cities quotes the beloved matriarch saying. “I am thankful I have been given this second chance.”

A YouCaring site receives donations to offset the cost of Sheila’s months of medical care, and treatment for newly discovered melanoma.