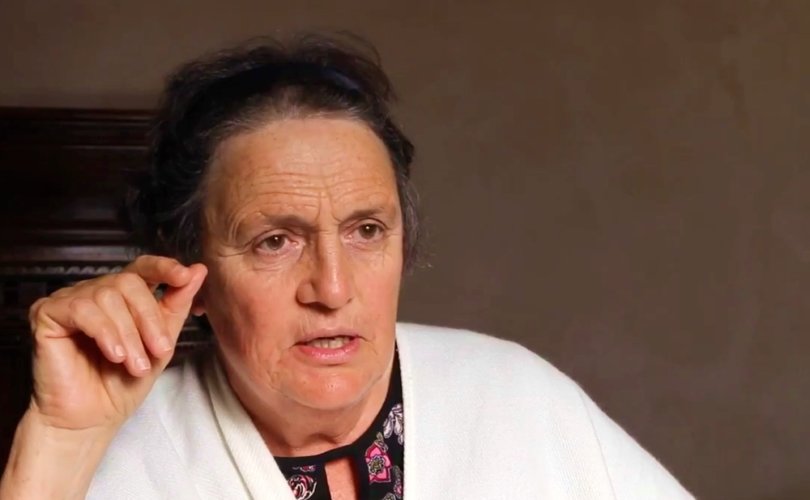 ROME, May 23, 2017 (LifeSiteNews) — Too many Catholics are caught up in a “comfortable” Catholicism that makes them unwilling, and even unable, to see the “grave problems” currently besetting the Church, said a renowned theologian and one of the world’s top Catholic experts on the Church Fathers.

“Most Catholics seem to live their life on a sort of comfortable zone, just the way that a lot of bishops live in a sort of safety-first sort of zone,” Australian patristics and classics scholar Anna Silvas said. “It is too disturbing” for those living in such a zone to “pry any more deeply,” because what they might find will challenge them too much, she added.

Silvas was specifically referring to problems arising from Pope Francis’ controversial Amoris Laetitia. The Apostolic Exhortation’s novel concept of “mercy” has been used by some Cardinals and bishops to justify giving Holy Communion to civilly-divorced-and-remarried Catholics living in adultery and even to people living in a homosexual relationship. Catholic critics say that such a move amounts to giving tacit approval to adultery and homosexuality, actions that have always been condemned by the Church as gravely immoral sexual sins.

Silvas, a senior research fellow at Australia's University of New England, said that too many in the Church are governed by what she called an “affective papalism,” in which everything a pope says is “an oracle from heaven.”

People are too scared to ask what happens when a pope is “disobedient” to the teachings of a previous pope, she said. That kind of question “doesn’t compute” for most people, she added.

Silvas said that faithful Catholics who notice discrepancies between what a pope says the Church teaches and what the Church actually teaches are called “unfaithful,” when nothing could be further from the truth.

She said that the laity, priest, bishops, cardinals, and the pope are all “obliged” to be obedient to Jesus Christ and to the teachings of the Catholic Church which he founded.

“The Church is a covenant of common obedience…and all are obliged to that obedience to Jesus Christ, right up to the top. The pope needs to be obedient, indeed, preeminently so,” she said.

Silvas said that Pope Benedict was likely right when he spoke of a faithful Church, one that is obedient to Christ, being a smaller Church.

A faithful Church will shrink in numbers, she said, but it will acquire a different character than what is currently in vogue.

“[Only] a really intense commitment to Christ will jolt us out of [the current crisis],” she said. “There are no easy answers except for a very serious interior turning to Our Lord who is the one true Lord, Master, and Bridegroom of his Church, yesterday, today, and forever,” she added.

Professor Silvas joins the ranks of Princeton Professor Robert P. George and Catholic writer Msgr. Charles Pope in calling Catholics to rise from a “comfortable Catholicism” and live the truth of the Gospel without compromise.

“The days of socially acceptable Christianity are over, the days of comfortable Catholicism are past,” said Prof. George in a 2014 speech. “It is no longer easy to be a faithful Christian, a good Catholic, an authentic witness to the truths of the Gospel. A price is demanded and must be paid,” he said.

Msgr. Charles Pope wrote in a 2016 article that Catholics must put away “comfort” and live their faith as if they were at war.

“It seems there is no awareness that we are at war and that Catholics need to be summoned to sobriety, increasing separation from the wider culture, courageous witness and increasing martyrdom,” he said.