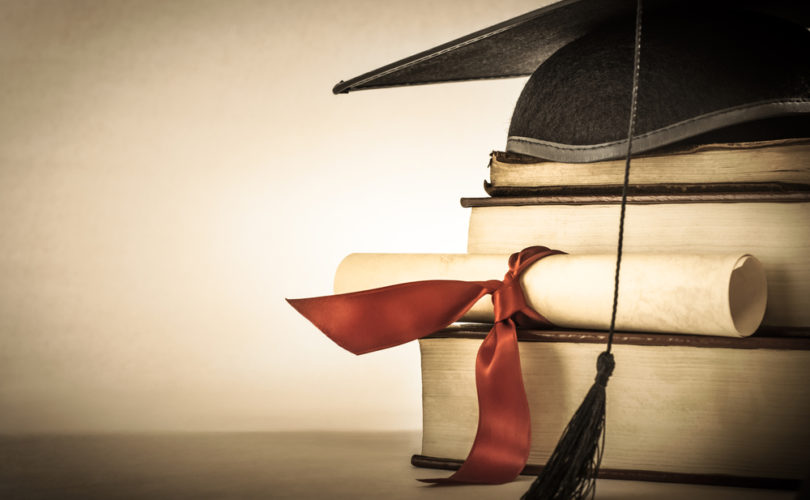 May 6, 2015 (CardinalNewmanSociety.org) — Every year, Catholic colleges are given a distinctive opportunity in commencement ceremonies to highlight their Catholic identities and missions by selecting commencement speakers who exemplify Christian ideals.

“Honoring faithful Catholic leaders at commencement is an excellent way to signal to graduates what matters most, namely, the importance of carrying the Catholic faith into lives of service to the Church, family and society at large,” said Adam Wilson, managing editor of The Newman Guide to Choosing a Catholic College, which recognizes colleges for their strong Catholic values.

Commencement speakers and honorees who especially highlight a college’s Catholic identity include Church leaders and lay people who are successful in various careers while standing publicly in support of the Catholic faith. They stand in stark contrast to the scandalous commencement choices at eight Catholic colleges previously identified by The Cardinal Newman Society.

Franciscan University of Steubenville in Ohio will award an honorary doctorate in sacred theology to Archbishop William Lori of Baltimore on May 9. He chairs the Ad Hoc Committee for Religious Liberty of the U.S. Conference of Catholic Bishops (USCCB), and in that role he has been a tireless defender of the Church and of Catholic organizations, including schools and colleges.

Archbishop Lori is being honored for living his “faith in the public square and earning the respect of Catholics worldwide” and for “his commitment to religious liberty and desire to fight religious oppression,” according to the University’s news release.

During the May 9 commencement ceremony at St. Edward’s University in Austin, Texas, Cardinal Daniel DiNardo of the Galveston-Houston Archdiocese will be honored as commencement speaker and honorary degree recipient.

The Cardinal’s presence at the ceremony “helps us to celebrate and renew the mission of St. Edward’s University, which is both profoundly local and global,” said Father Peter Walsh, CSC, director of campus ministry at the University, in an announcement.

Bishops are a natural choice for a Catholic college, but commencement ceremonies are also opportunities to highlight priests and leaders of religious orders who are especially devoted to the faith. The commencement speaker at Thomas Aquinas College in Santa Paula, Calif., on May 16 will be Sister Regina Marie, the vicar general of the Carmelite Sisters of the Most Sacred Heart of Los Angeles.

Dr. Michael McLean, president of Thomas Aquinas College, stated in a press release that Sr. Regina Marie is “a faithful and joyful witness to Christ both in her leadership locally… and nationally.” She is also being awarded the school’s highest award, the Saint Thomas Aquinas Medallion, “in recognition of her life-long fidelity and service to the Church.”

The Thomas More College of Liberal Arts in Merrimack, N.H., will honor Monsignor James Shea as speaker and honorary degree recipient on May 16, “in recognition for his dynamic work on behalf of higher education,” according to the College’s announcement.

Msgr. Shea is the sixth president of the University of Mary in Bismarck, N.D., and has served with Mother Teresa’s Missionaries of Charity in Washington, D.C., the Bambino Gesú Children’s hospital in Rome, the USCCB National Advisory Council and the North Dakota Governor’s Commission on Education.

The University of Dallas in Texas will honor a lay person who exemplifies Catholic ideals in the workplace. Brent Bozell III will be the University’s commencement speaker on May 17. Bozell, who founded the Media Research Center and the Parents Television Council, is an important leader on the board of The Cardinal Newman Society.

Bozell recently said in an exclusive interview with the Newman Society that the small number of strong Catholic colleges today is “heartbreaking.” In his commencement address, the 1977 graduate from U.D. will “discuss what living a Catholic faith means in today’s troubled world, exploring the themes of conviction and courage,” according to the University’s announcement.

Immaculata University in Immaculata, Penn., will feature Colleen Carroll Campbell as commencement speaker on May 17 and award her an honorary degree. Campbell is creator and host of the Eternal World Television Network (EWTN) show Faith & Culture and an esteemed Catholic journalist. Her books include the important work, The New Faithful: Why Young Adults Are Embracing Christian Orthodoxy (Loyola Press, 2002), and My Sisters the Saints: A Spiritual Memoir (Image/Random House, 2012).

Christendom College in Front Royal, Va., is honoring renowned Catholic author Dr. Alice von Hildebrand as the College’s commencement speaker on May 16. In addition, Dr. von Hildebrand will also receive the St. Catherine of Siena award for her tireless defense of “all that is true, good, and beautiful,” according to the College’s announcement.

“Her life has been filled with a powerful witness to the truth of faith and natural reason, and she has dedicated her life to Christ and His Church,” said college president Dr. Timothy O’Donnell. Dr. von Hildebrand is a celebrated lecturer and author of works including The Soul of a Lion: The Life of Dietruch von Hildebrand and The Privilege of Being a Woman.

Christendom College will also bestow an honorary doctorate to Bishop Paul Loverde of Virginia. O’Donnell credited Bishop Loverde for being “a great friend and supporter of the educational mission of Christendom College” and for his “joyful fidelity to the Church and Her teaching mission.”

“Catholics are blessed today by a multitude of inspiring witnesses to the faith,” said the Newman Society’s Wilson. “The colleges that choose to honor these witnesses should be commended. May they give hope to the new generation of graduates who are setting out to transform society by lives of faith.”