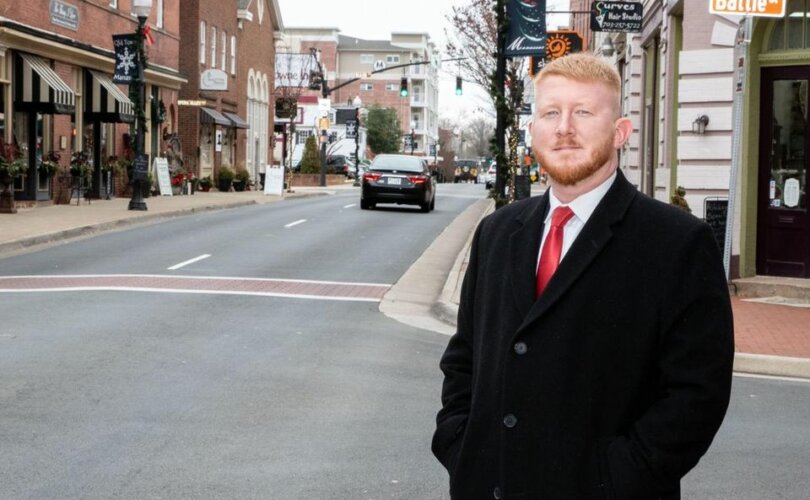 (LifeSiteNews) — A self-professed communist and former Virginia Democratic delegate and gubernatorial candidate has appeared to suggest he wants to see leading conservative voices murdered or at least violently attacked for their criticism of transgenderism and the LGBT agenda.

Lee Carter, a member of the Democratic Socialists of America and a self-professed communist, wrote recently that “We should probably start asking this question about people like Tim Pool and Matt Walsh too.”

His tweet was in response to a September post where he included a photo of Tucker Carlson talking about Vanderbilt University Medical Center’s chemical and genital mutilation of children. The Daily Wire’s Matt Walsh exposed officials at the center boasting about profiting from the continued chemical and genital mutilation of gender-confused children.

Tim Pool, a former Bernie Sanders backer and Big Tech critic, has also been outspoken about the grooming of children and drag shows.

“At a certain point it becomes 100% morally defensible to…*ahem* take this dude off the air *ahem* before his followers murder one or more of his targets,” Carter wrote.

Journalist Andy Ngo shared the tweets and suggested Carter was advocating for murder.

Lee Carter, a Democrat & former lawmaker in Virginia state who failed in his run to be Virginia’s governor last year, suggests that @Timcast, @MattWalshBlog & @TuckerCarlson should be murdered. Carter identifies as a communist. https://t.co/ZPwj0nmh6u pic.twitter.com/vhMsaHLYT2

Carter did not respond to a LifeSiteNews email on Tuesday that asked for clarification on his remarks.

Remember kids, when shit hits the fan, 100% of these guys have AR-15s, and only about 5% know how to stay alive long enough to use them.

“Anybody familiar with Lee Carter’s Twitter, political ideology, or personal life, for that matter, would not be surprised by his making outlandish and irresponsible statements combined with advocating violence against people he disagrees with,” Republican Delegate Nick Freitas told LifeSiteNews.

“Conversely, if anyone says something mean to him, he instantly plays the victim and claims his life is in danger,” Freitas wrote. “If he ever does ‘seize the means of production,’ I hope he at least uses some of it to pay the child support he owes.”
Carter has disputed the claim he owed child support from one of his previous three marriages.
The president of the Virginia Family Foundation said that Carter’s comments are “morally reprehensible” and should end his political career.
“Any comments from public figures, regardless of ideology, implying violence against those with whom they disagree is morally reprehensible and needs to be strongly condemned,” President Victoria Cobb wrote in a statement. “Unfortunately, former Delegate Carter has a history of reckless statements like this. Hopefully, his words will put an end to any notion he may have of representing Virginians ever again.”
$
Donate Now