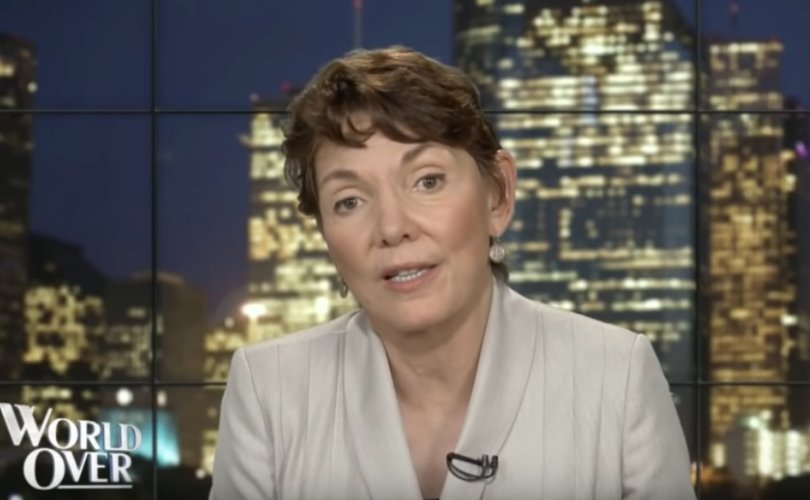 July 15, 2019 (LifeSiteNews) — The Vatican’s secret deal with the Chinese communist government is being used to crush the Catholic Church in that country, making things worse for faithful Catholics in China, according to a women’s rights activist.

Reggie Littljohn, president of Women's Rights Without Frontiers, explained to EWTN’s Raymond Arroyo how the secretive nature of the Vatican’s agreement with the Communist Party-ruled government is being exploited by Chinese officials in a destructive manner.

“Pope Francis says is he's trying to unify the two churches, of the underground church and the above-ground church,” said Littlejohn. “But what's happened in fact is that because that deal is secret, the Chinese Communist Party has been using it to bludgeon the Church, decimating churches, decimating Marian shrines, detaining priests.”

“I think that the text of that deal should be made public, so that people will be able to defend themselves,” continued Littlejohn, “because what the Chinese Communist Party does, is they go on in and say, ‘Your own Pope told us that we should be able to do this.’”

“I have no doubt that Pope Francis and that that deal does not authorize the things that are going on,” said Littlejohn. “But the fact that it’s secret leaves the people in China helpless.”

Littlejohn scoffed when asked about San Francisco Auxiliary Bishop Ignatius C. Wang’s recent declaration that the Vatican’s China deal is very good and “I just hope it doesn't happen that they send bad (proposed bishops) on purpose for approval in Rome.”

“Of course they're going to send bad ones to Rome on purpose,” she said. “I'm sorry, but I have no trust whatsoever for the Chinese Communist Party.”

Littlejohn predicted that the Chinese government will submit three men for approval to Rome, “all of whom regard the Chinese Communist Party as God.”

If the three people submitted “don't have any respect for the real Church, and that Jesus Christ needs to be the head of the Church and not the Chinese Communist Party, (the Pope) is not going to have any good choices to choose from,” said Littlejohn.

“It's a recipe for disaster,” she added.

Littlejohn claimed that Bishop Wang’s assertion that religious persecution in China is no worse than any other time is “Struthious,” no different from an ostrich burying its head in the sand.

Littlejohn’s comments came in the wake of the publication of the State Department’s annual report on international religious freedom.

“The Chinese Communist Party has exhibited extreme hostility to all religious faiths since its founding,” noted Secretary of State Mike Pompeo. “That party demands that it alone be called God. That's why in an effort to document the staggering scope of religious freedom abuses in Jinjiang we've added a special section to this year's China report.”

“China has declared war on faith,” announced Ambassador at Large for Religious Freedom Samuel Brownback in a press briefing. “We’ve seen increasing Chinese government abuse of believers of nearly all faiths and from all parts of the mainland.”

“They’ve increased their repression of Christians, shutting down churches and arresting adherents for their peaceful religious practices,” said Brownback.

Brownback said religious persecution in China used to be episodic and regional in nature, but that has changed.

“Religious regulations have been taken over by the Communist Party instead of by the government, which may seem like a difference without a distinction,” continued Brownback, “but it turns out it’s quite different. And that’s what’s happening in China today, unfortunately.”