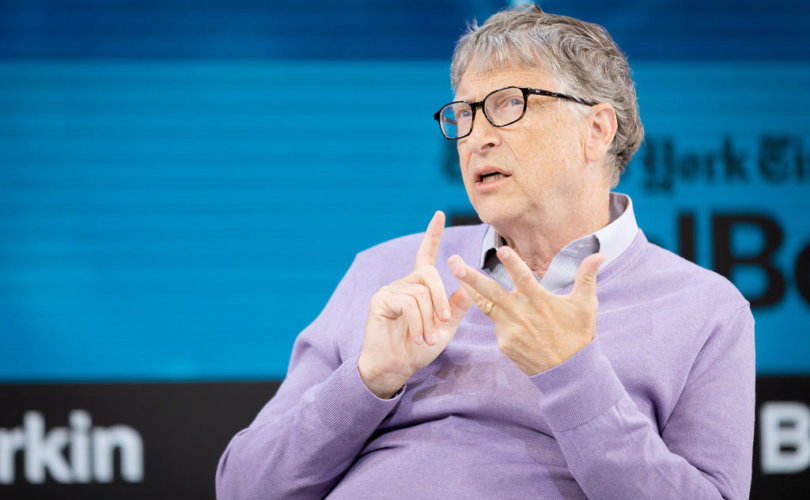 An in-depth analysis at The Federalist found that Zuckerberg’s huge checks to the Center for Technology and Civil Life and the Center for Election Innovation and Research essential bought the 2020 president election for Joe Biden.

That’s from William Doyle, a principal researcher at Caesar Rodney Election Research Institute in Irving, Texas, who explained his findings in a report at The Federalist.

He said Zuckerberg’s money was used “to turn out likely Democratic voters.”

Not through traditional political spending, but through a “targeted, private takeover of government election operations by nominally non-partisan – but demonstrably ideological – non-profit organizations.”

Doyle explained analysis work done by his team shows that “Zuckerbucks,” as they have been derogatorily labeled by some, “significantly increased Joe Biden’s vote margin in key swing states.”

He said, “the 2020 election wasn’t stolen — it was likely bought by one of the world’s wealthiest and most powerful men pouring his money through legal loopholes.”

Now, a new report from The Blaze outlines how another another billionaire, Bill Gates, has also been handing out millions of dollars – to news organizations.

The report explained: “Documents obtained by Alan Macleod at a the MintPress News suggest that Bill Gates has given hundreds of millions of dollars to select media outlets across the globe. The information, Macleod stated in his report on the matter, was obtained through a review of over 30,000 individual grants from the Bill and Melinda Gates Foundation’s website database.”

“Other direct awards include those bestowed on the Conversation, Germany’s Der Spiegel, Education Week, NBCUniversal Media, France’s Le Monde, the BBC, CNN, the Education Post, the Financial Times, the Texas Tribune and Al-Jazeera.

— Article continues below Petition —
HELP AUSTRALIANS restore their freedom by protesting outside YOUR Australian Embassy - Dec. 4th - US
Show Petition Text
7086 have signed the petition.
Let's get to 7500!
Thank you for signing this petition!
Add your signature:
Show Petition Text

What the money buys isn’t even concealed, Macleod said, explaining that “the money is generally directed towards issues close to the Gates’ hearts. For example, the $3.6 million CNN grant went towards ‘report[ing] on gender equality with a focus on least developed countries, producing journalism on the everyday inequalities endured by women and girls across the world’.”

He said the Texas Tribune got millions to boost “public awareness and engagement of education reform issues in Texas.”

The report further said: “While the Gates Foundation fosters an air of openness about itself, there is actually precious little public information about what happens to the money from each grant, save for a short, one- or two-sentence description written by the foundation itself on the website. Only donations to press organizations themselves or projects that could be identified from the information on the Gates Foundation’s website as media campaigns were counted, meaning that thousands of grants having some media element do not appear in this list.”

MintPress itself noted that the Gates Foundation has also given nearly $63 million to “charities closely aligned with big media outlets, including nearly $53 million to BBC Media action” and such.

Legacy media aren’t exempted either, with the report revealing the Gates Foundation has given as least $12 million to press and journalism associations and journalists’ groups and teaching endeavors.

The grants, the report confirms, “have an effect on our media.”

“In comparison to other tech billionaires, Gates has kept his profile as a media controller relatively low. Amazon founder Jeff Bezos’s purchase of The Washington Post for $250 million in 2013 was a very clear and obvious form of media influence, as was eBay founder Pierre Omidyar’s creation of First Look Media, the company that owns The Intercept,” the report added.

“Despite flying more under the radar, Gates and his companies have amassed considerable influence in media. We already rely on Microsoft-owned products for communication (e.g. Skype, Hotmail), social media (LinkedIn), and entertainment (Microsoft XBox). Furthermore, the hardware and software we use to communicate often comes courtesy of the 66-year-old Seattleite. How many people reading this are doing so on a Microsoft Surface or Windows phone and doing so via Windows OS? Not only that, Microsoft owns stakes in media giants such as Comcast and AT&T. And the ‘MS’ in MSNBC stands for Microsoft.”

The report concluded: “None of this means that the organizations receiving Gates’ money — media or otherwise — are irredeemably corrupt, nor that the Gates Foundation does not do any good in the world. But it does introduce a glaring conflict of interest whereby the very institutions we rely on to hold accountable one of the richest and most powerful men in the planet’s history are quietly being funded by him. This conflict of interest is one that corporate media have largely tried to ignore, while the supposedly altruistic philanthropist Gates just keeps getting richer, laughing all the way to the bank.”