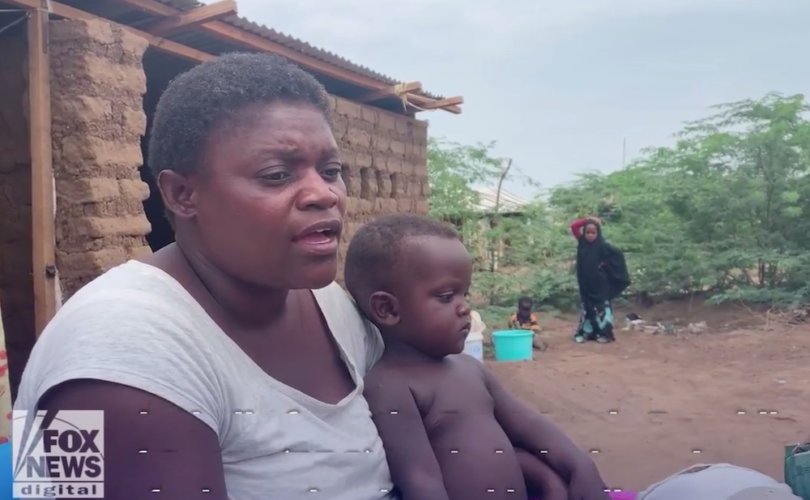 KENYA, July 8, 2019 (LifeSiteNews) – While western politicians debate the acceptability of late-term abortions for convenience, a refugee from the Congo is speaking out about choosing life for her son under conditions inconceivable to most Americans or Canadians.

On July 1, Fox News published a story about Nancy, a refugee in Kenya from Kinshasa, capital of the Democratic Republic of Congo (DRC). In March 2017, three masked men broke into her home to brutally beat and rape her while her sons, ages three and 14, watched. The attack came weeks after her sister had also been assaulted. The traumatized 14-year-old ran away.

“And then I was blamed and banished by my own family and my former husband’s family,” she said. “I had no one. And for weeks all I could do was look for [my] son.” So Nancy fled with her three-year-old, Stephane.

During the harsh six-week trek from Kinshasa to Nairobi, Kenya, Nancy began vomiting and eventually discovered one of her rapists had impregnated her. “I was devastated. I felt confused, embarrassed,” she recalls, but never doubted that she would give birth to and raise baby Guilo.

“I believe in the right to life, the baby was inside me,” she declared. “My baby had a right to live.”

Now staying at Kenya’s Kakuma Refugee Camp and largely dependent on Red Cross support, Nancy is preoccupied with caring for her young boys. “We are in a hopeless situation, but there is no time to worry about how to cope, my child has a lot of needs,” she told Fox. She hopes to eventually set up a business in the camp, possibly selling food and household items to help other refugees.

Miraculously, the Red Cross was able to find Nancy’s oldest son and put them in contact, confirming his safety.

“God will take care,” she said.

While Nancy and her family are safe for the time being, Fox News reports that rape is so prevalent in the Congo that the United Nations has labeled it the “rape capital of the world,” with rape victims and their children alike subject to severe societal stigma and persecution.

Precise statistics aren’t available, but it has been estimated that 48 women are raped every hour in the Congo, Fox notes.