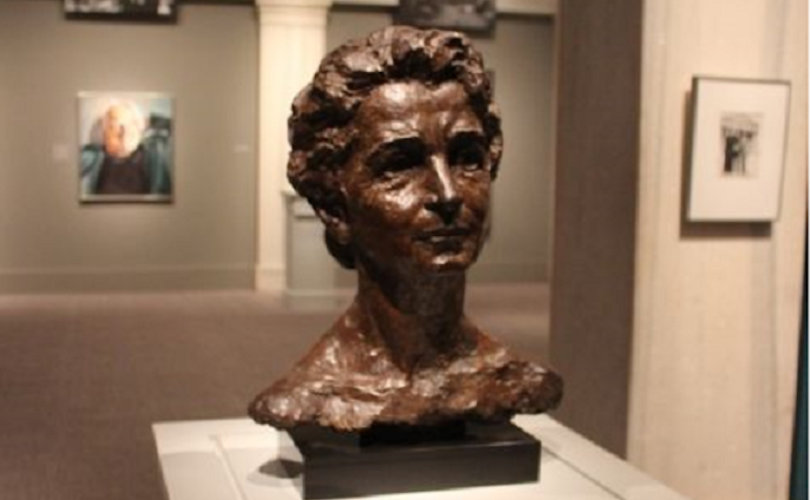 July 15, 2020 (LifeSiteNews) – As left-wing activists march across the United States to destroy monuments to historical figures with any real or perceived connection to racism, a Republican lawmaker is calling on the Smithsonian’s National Portrait Gallery to remove its bust of Planned Parenthood founder and notorious eugenics supporter Margaret Sanger.

“As our nation struggles to address racial injustice, it is unconscionable that an avowed racist and eugenicist is featured so prominently,” Rep. Russ Fulcher of Idaho’s First District wrote in a June 25 letter to Smithsonian Secretary Lonnie G. Bunch III. “Ms. Sanger is not the kind, inspirational figure you refer to when you talk about challenging our nation ‘to live up to its founding ideals.”

“In this hinge moment of America’s history, when the light is shining so brightly concerning racial injustice, it is critical that our national institutions lead the way in creating positive platforms for healing and equality,” Fulcher added. “Sadly, the racist views of Ms. Sanger greatly dim this light.”

A member of the American Eugenics Society, Sanger wrote that “clear(ing) the way for Birth Control” was necessary for the success of “eugenists and others who are laboring for racial betterment” and declared the “campaign for birth control is (…) practically identical in ideal with the final aim of eugenics.”

“(T)he mass of ignorant Negroes still breed carelessly and disastrously, so that the increase among Negroes, even more than the increase among whites, is from that part of the population least intelligent and fit, and least able to rear their children properly,” read one article from Sanger’s The Birth Control Review.

To quell black suspicion of her racial agenda, in 1939, Sanger launched the “Negro Project” to enlist black ministers to help her promote birth control. “We do not want word to go out that we want to exterminate the Negro population,” she wrote in a letter to Clarence Gamble, explaining that if it did, black ministers would be able to “straighten out that idea if it ever occurs to any of their more rebellious members.”

Echoes of the organization’s racist origins even persist in the present day, such as audio recordings of Planned Parenthood officials in Idaho, New Mexico, Ohio, and Oklahoma enthusiastically accepting donations earmarked to abort babies of specific races.

Further, an estimated 40 percent of U.S. abortions are sought by black women. Planned Parenthood killed 345,672 preborn children last year, approximately 138,000 of whom would have been black – 40 times the number of blacks lynched in the United States from 1881 to 1968.

Nevertheless, the Black Lives Matter movement, which instigated the current wave of racial unrest behind the tearing down of historical statues, officially supports the continued extermination of black lives via “reproductive justice that gives us autonomy over our bodies.”

In 2015, National Portrait Gallery director Kim Sajet refused a similar request from a group of black pastors to move Sanger’s bust on the grounds that “there is no ‘moral test’” for acceptance into the gallery, but rather it is simply for “those who have made a significant impact on American history and culture, and that includes both the accomplished and reprehensible.”