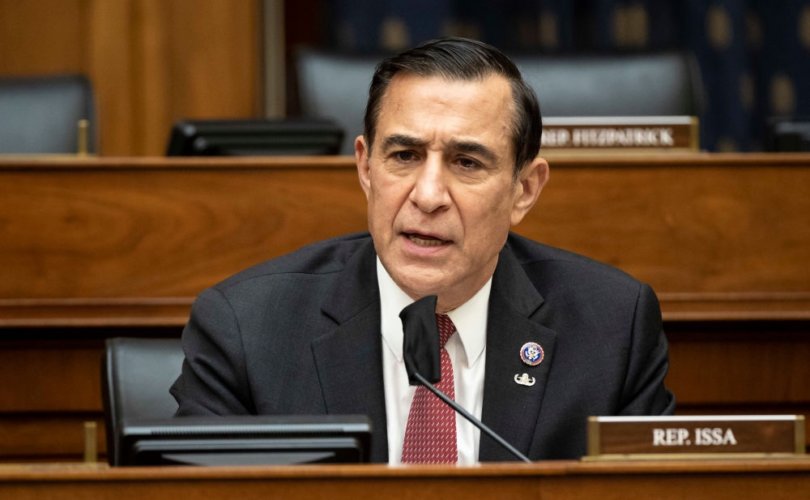 (LifeSiteNews) — A Republican congressman is calling for a federal investigation into Big Tech companies, legacy media outlets, and prominent Democrats for allegedly colluding to censor and discredit the deeply incriminating story about the contents of Hunter Biden’s laptop, which was broken by the New York Post just weeks before the 2020 election.

Republican Rep. Darrell Issa of California issued his call for a congressional investigation in a March 17 tweet, just hours after The New York Times confirmed the authenticity of emails found on the infamous laptop.

The confirmation came well over a year after the New York Post broke the story, which suggested that now-President Joe Biden’s son Hunter was selling his father’s influence for profit overseas.

“Tonight, I’m calling for a Congressional investigation into how big tech, mainstream media, and the Democrat industrial complex colluded to suppress the Hunter Biden scandals — and during the last days of the 2020 election,” Rep. Issa said.

Tonight, I’m calling for a Congressional investigation into how big tech, mainstream media, and the Democrat industrial complex colluded to suppress the Hunter Biden scandals — and during the last days of the 2020 election.

Mainstream media sources famously disputed the authenticity of the computer, saying the shocking information on it was “unverified,” while Biden administration officials maintained the laptop wasn’t real.

Many Americans believe the censorship of the story, which suggests that Hunter Biden leveraged his father’s political influence for profit, unfairly tilted the 2020 election in favor of Joe Biden.

The Hunter Biden laptop story, which was true, was the biggest 2020 election story by far, and it was actively censored by big tech and the corporate media. Disinformation, indeed.

Hunter Biden is currently the subject of a federal probe into his tax filings, drawing renewed attention to the incriminating and scandalous contents of the laptop which was recovered from a Delaware repair shop in 2019.

Emails and documents pulled from the hard drive of the computer suggested that Joe Biden’s son was engaged in problematic business dealings and influence-peddling enterprises in a variety of countries including Ukraine, Russia, Kazakhstan, and China.