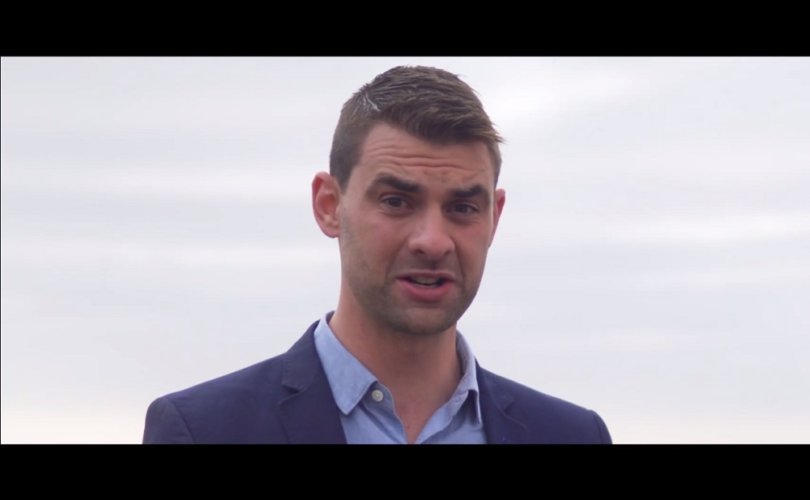 EDMONTON, Alberta, December 5, 2019 (LifeSiteNews) — A rookie Alberta politician is pressing forward with his private member’s conscience rights bill despite controversy and an unrelated tragedy that has inadvertently impeded the bill’s progress.

“I hear that every single day, wherever I go, that this is an incredibly important issue. So because I know Albertans are behind it, I believe that the legislature will vote in favor of this bill or similar bills, when the time comes,” Williams told LifeSiteNews.

Bill 207 upholds the Charter rights of health care workers to refuse without fear of reprisal to provide, effectively refer, or assist with any medical procedure they object to for religious or moral reasons.

But it has the support of Covenant Health, the non-profit corporation that runs 18 Catholic hospitals and long-term health care facilities across Alberta, reported Grandin Media.

It also has the qualified support of the Alberta College of Physicians and Surgeons (ACPS), which stated November 18 that with the amendments Williams proposed at committee stage, “Bill 207 would not change how CPSA functions as a regulator.”

The MLA for Peace River, Williams said he was pleased to work with the ACPS and other groups to make revisions to the bill that didn’t alter its substance or intention.

“I’m happy to put water in my wine to see thoughtful accommodations, so that we can make sure we do pass legislation that truly protects conscience rights, and has mutual freedoms of patients and doctors working together, rather than like we saw in Ontario,” he told LifeSiteNews.

A Ontario Court of Appeals decision recently upheld the College of Physicians and Surgeons of Ontario (CPSO) policy that mandates that conscientiously objecting doctors give patients a direct referral for the act they object to, making them complicit in it.

It’s a policy Williams described as “pitting doctors against patients” and “aggressive” and “cynical.”

However, when Willams proposed his amendments to the UCP-dominated committee on private members’ bills, it declined to consider them. Instead, it voted eight to two a fortnight ago to recommend Bill 207 not go forward to second reading.

Then, in a bizarrely shocking turn of events on Monday, Williams was in the midst of requesting a debate on the committee’s decision when the speaker abruptly adjourned the assembly around 3:00 P.M. after receiving news that a man had fatally shot himself with a handgun on the legislature steps.

The tragedy left Bill 207 in procedural limbo because Williams likely won’t get a chance to request a debate on its fate before the legislature adjourns Thursday for Christmas.

Moreover, if the seven-month-old UCP government follows Alberta tradition and prorogues the legislative session to begin anew next year, all bills will disappear from the order paper.

However, that won’t prevent Williams from reintroducing a similar bill in the future.

“I believe that Albertans are deeply committed to the values of the Charter, [and] the first fundamental freedoms mentioned in Charter are freedom of conscience, freedom of religion,” he told LifeSiteNews.

“I believe those are deeply, deeply held views in our society that Canadians aren’t going to give up, that we’re going to continue to fight for,” he said.

“In protecting the conscience rights of health providers, Bill 207 supports a health care system where many different partners — including people and organizations of all faiths and traditions — are welcomed and able to work effectively together to meet the needs of all Albertans,” it stated.

It also disputed the claim that Bill 207 will impede access to abortion and euthanasia.

Bill 207 “will not change the current service delivery model” but will “provide a balanced framework for providers to exercise conscience without abandoning their patients,” stated Covenant Health.

That endorsement of Bill 207 by their employer contradicts the letter 50 physicians who work at Covenant Health facilities sent to MLAs, claiming they didn’t need the bill, reported by CBC.

“The potential for patient abandonment and to jeopardize patient well-being in the name of conscientious objection is worrisome and conflicts with the very essence of the medical practice,” the letter reads.

The letter’s initiator, Dr Shelley Duggan, a physician at the Grey Nuns Hospital and clinical professor with the University of Alberta, told CBC News that the bill “is not appropriate. We have a duty to look after our patients and not abandon them.”

The ACPS approved the bill with Williams’s revision, she pointed out.

“They wouldn’t accept that revision if they felt patient rights were not being protected or if it somehow took away from patient care,” said Haggerty, an Edmonton family doctor and president of the St Luke’s Physicians’ Guild of Alberta.

Haggerty warned the Ontario policy has put doctors in the position of having to decide “to either keep their job or follow their conscience.”

Alberta physicians “should realize this may not seem like a major issue right now, but it could turn into an issue. That is what we’re concerned about,” she told Grandin Media.

As Williams said in the assembly Monday, health care workers “should know that they will not enter their workplace and be forced to act against their conscience on deeply held matters of conviction and morality.”

LifeSiteNews contacted the Alberta bishops, in Edmonton for an assembly this week, to ask if they would be issuing a statement on the bill. Lorraine Turchansky, spokesperson for Edmonton archbishop Richard Smith, said the bishops would not be commenting at this time.

Williams told LifeSiteNews that the best way people can support his efforts is go to danielwilliams.ca and sign the petition there.