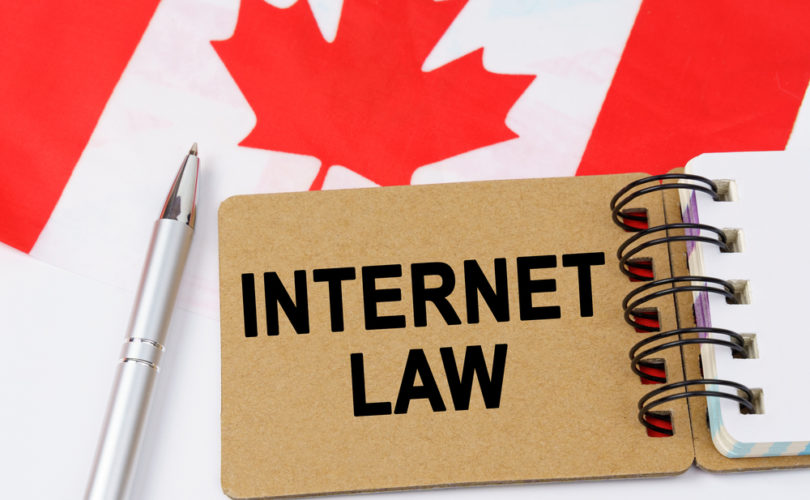 OTTAWA, Ontario, June 1, 2021 (LifeSiteNews) – An amendment to Canada’s controversial internet regulation bill proposed by the Conservative Party of Canada (CPC) to bring back safeguards for user-generated social media content was voted down Monday by all opposition parties.

The Liberals, NDP, and Bloc party members rejected the CPC amendment during a clause-by-clause review of Bill C-10 by the Standing Committee on Canadian Heritage.

According to Dr. Michael Geist, law professor at University of Ottawa and Canada Research Chair in Internet and E-commerce Law, the CPC amendment was in effect offering a “do-over” of the bill after a clause was removed that protected user-generated content.

“The Conservative amendment effectively offered the parties a ‘do-over’ by acknowledging that the removal had sparked huge public concern over the implications for freedom of expression and net neutrality,” wrote Geist, a law professor at the University of Ottawa and Canada Research Chair in Internet and E-commerce Law, in an opinion piece.

“Nevertheless, the Liberals, NDP, and Bloc voted down the motion, with the NDP not even bothering to speak to the issue at all.”

On Monday, CPC MP Rachael Harder said during the Heritage committee meeting that “to put the CRTC in control of such a thing is not only daunting for them, by their own admission, but crazy. Like, it’s just ludicrous. This bill is under the guise of ‘modernizing the Broadcasting Act,’ but the Broadcasting Act actually shouldn’t be applied to the Internet.”

Last year, the Trudeau government introduced Heritage Minister Steven Guilbeault’s Bill C-10 that would regulate certain online media services through the creation of a new class of broadcaster called “online undertakings.” The new regulations would be done through amendments to Canada’s Broadcasting Act.

The original draft of Bill C-10 had a Section 4.1 exemption clause for “user content” posted on social media by individuals, meaning such posts would originally have not fallen under Canadian Radio-television and Telecommunications Commission’s (CRTC) regulations.

The CRTC is the federal body tasked with regulating TV and radio in Canada, but up until Bill C-10 has kept a hands-off approach to regulating the internet.

However, a recent amendment to Bill C-10 through the Heritage Committee removed the Section 4.1 provision, which in theory means the federal government would be able to regulate what people post online.

The legislation, if passed, would force companies such as YouTube, Twitter, or Instagram to remove content deemed “harmful” within 24 hours. In essence, it would let the CRTC regulate the internet and social media in line with their regulations for broadcasting services.

The CPC amendment would have restored the Section 4.1 provision.

Geist noted that while the Liberal, NDP, and Bloc parties were “not supportive of addressing the user generated content concerns,” they were “quick to defend any suggestions that the study of Bill C-10 had been flawed and excluded important voices.”

Geist said the impact of not having “key witnesses appear before committee has become increasingly obvious as clause by clause has proceeded.”

“The reality is that the MPs may be well-meaning, but there is too much they simply don’t know about the bill and its implications. This includes the numerous terms that are not defined, the likely impact on creators, the consequences of discoverability, and the ability to implement provisions that are not found anywhere else in the world among them,” wrote Geist.

“Without that knowledge, many simply revert to platitudes about making web giants pay, instead of acknowledging the obvious: The committee’s study of Bill C-10 has been deeply flawed and embarrassingly incomplete. As MP Kevin Waugh told committee yesterday, ‘Bill C-10 is a disaster now. We need to take a step back.’”

In a May 17 open letter addressed to Trudeau, tech critics called upon his government to halt all regulation of the internet, saying there would be “unintended consequences for the free and open internet in Canada” from any “overreaching regulatory policies.”

Guilbeault recently struggled to give a clear answer to justify why a committee he chaired moved to have personal social media posts placed under government oversight.

Recently, the Heritage Committee put a hold on Bill C-10 until the Department of Justice looked at it to determine whether or not the recent amendments violate one’s free speech granted in the Canadian Charter of Rights and Freedoms with regard to posts on social media.

After a review, the government said in explanatory an note on the bill that it does not impede Canadians' freedom of speech.

Bill C-10 has come under fire from the former head of the CRTC Peter Menzies, who said, “Putting the CRTC in charge of the entire internet, I mean, that’s like putting a logging company in charge of the Great Bear Rainforest … it’s not going to end well.”

Conservative Party of Canada leader Erin O’Toole said a future Conservative government would do away with Bill C-10.

“The Liberals want to push through Bill C-10 with no regard for your free speech. If Bill C-10 passes, a Conservative government will do the right thing and repeal it,” he wrote in a May 19 tweet.

Currently, Bill C-10 is at second reading stage. However, with Parliament scheduled to wrap up by June 23 for summer break, even it is passed in the House of Commons, it is unlikely to make it through Canada’s Senate for a full review.

The Standing Committee on Canadian Heritage will be meeting again on June 4 to discuss Bill C-10.