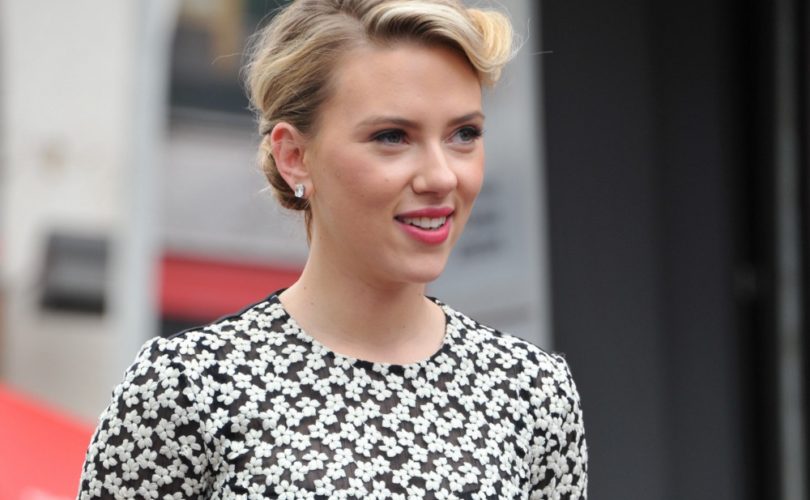 Scarlett Johansson posing at the ceremony honoring her with a Star on the Hollywood Walk of Fame on May 2, 2012 in Hollywood, California.Featureflash / Shutterstock.com

July 13, 2018 (LifeSiteNews) – A conservative columnist has resigned from Business Insider (BI) after the website bowed to LGBT pressure and removed her article defending actress Scarlett Johansson.

Last week, controversy erupted among transgender activists when it was announced the star would be taking the lead role in Rub & Tug, a film about the real-life lesbian crime kingpin Jean Marie Gill. Gill was a woman who dressed up as a man, and it’s unconfirmed whether she ever actually considered herself transgendered, yet liberals complained about the “cis”-female Johansson taking the role instead of a trans actor or actress.

Daniella Greenbaum, who joined BI earlier in 2018, wrote a July 6 op-ed pushing back against the criticism on the grounds that portraying “someone different than herself” is the essence of all acting. The piece has since been deleted but can now be read at the Weekly Standard, the Washington Free Beacon reports.

“It's hard to imagine people having the same reaction in other scenarios — a rich actor being hired to play a poor person; an actor whose real-life parents were still living being hired to play an orphan; a perfectly nice, upstanding member of society being cast as a rapist; or an actor with no scientific experience being cast as a paleontologist,” Greenbaum pointed out. “Yet all of these examples (and dozens more) could also be strangely characterized as ‘stealing’ narratives. I'm sure there's a class on how to do just that at the Yale school of Drama.”

“Johansson's identity off the screen is irrelevant to the identities she plays on the screen,” the writer concluded. “That's what she's paid for.” Though Greenbaum referred to Johansson’s critics as “the social-justice warrior mob,” her article took no position on transgenderism itself.

Even so, the Daily Beast reports that several BI employees took offense to the piece, persuading the website to replace it with a notice stating simply that, “upon further review, we decided it did not meet our editorial standards.”

BI editor-in-chief Nicholas Carlson subsequently sent an internal email announcing that the publication would be creating a list of employees who “volunteered to talk about culture and identity issues” with other staffers, the Beast continues, and that moving forward executive editors would review “culturally sensitive columns, analysis, and opinion pieces.”

“Editors should make sure we are not publishing shallow, ‘hot takes,’ but instead, fully thought-out arguments that reflect and respect the opposing view,” Carlson wrote, suggesting that “social justice warriors” was an example of unacceptable “partisan name-calling.” He added that the mandate “does not mean our argument-writers should not take big swings, or that they must have opinions shared by everyone in our newsroom.”

On Thursday, Greenbaum shared on Twitter the full text of a resignation letter she sent to Carlson, explaining her position and expressing disappointment at Business Insider’s removal of her work.

I believe female actors can play men and trans men. That is the apparently controversial view that inspired BI to take down my piece. I have resigned from @businessinsider and explain why in my letter to EIC @nichcarlson pic.twitter.com/5G2UZggXi9

“I wish I could say I am surprised,” she lamented. “Unfortunately, what happened with my piece—the tarring of a commonsensical view as somehow bigoted or not thought out; the capitulation on the part of those who are supposed to be the adults to the mob—is a pattern happening all over the country within institutions that pride themselves on open-mindedness and liberalism.”

“I write about the importance of viewpoint diversity and about why more speech is always better, all the time. If I read about this situation, I’d be writing a column defending the writer,” Greenbaum subsequently explained to Fox News. “So I thought, how can I write about these issues and get paralyzed by fear of job security when I’m confronted with it in my real life? It seemed hypocritical to me to do anything different.”

She went on to say that she never expected all of her pitches to be accepted or left untouched, but seeing a piece removed after clearing the editorial process was a surprise.

“I received a total of zero direct messages from colleagues telling me they disagreed with the column or were angry about my writing it or expressing an interest in talking,” Greenbaum added. “I have had colleagues reaching out to me telling me they disagreed with the decision to have the piece taken down and think this whole episode was handled with a lack of transparency.”

The full text of Daniella Greenbaum’s resignation letter can be read below:

Can an actor act?

That is the question I wanted to weigh in on when I saw the brouhaha about Scarlett Johansson’s role in the upcoming movie “Rub & Tug.”

My judgement: Yes. A woman can play a man or a trans man.

And so, in a column we published on Friday, July 6th, I criticized those who suggested that she was doing anything nefarious by taking the job.

Apparently, that radical view—that actors should be free to act—is beyond the pale of acceptable opinion, as just a few hours after it went up, the piece was erased from the site following a campaign against me.

I have other views that some might consider “controversial.”

I believe, for example, “safe spaces” are an inane concept that belong nowhere near our institutions of higher learning.

I believe that people should be admitted to universities on the basis of merit, not depending on the color of their skin.

I believe that Hamas–not Israel–is the worst enemy the Palestinian people have.

I believe that members of the gang MS 13 are animals, and that there’s nothing wrong with saying so.

I believe that accusations of “cultural appropriation” encourage divisions instead of bridging them.

I had hoped to be able to write about these and other issues as a columnist here, and, for a while, I did.

I have enjoyed the few months I have worked here and I am really disheartened about what has transpired in the past few days.

I wish I could say I am surprised.

Unfortunately, what happened with my piece–the tarring of a commonsensical view as somehow bigoted or not thought out; the capitulation on the part of those who are supposed to be the adults to the mob–is a pattern happening all over the country within institutions that pride themselves on open-mindedness and liberalism.

Please accept this letter as a formal notification that I am resigning from my position as columnist effective immediately.