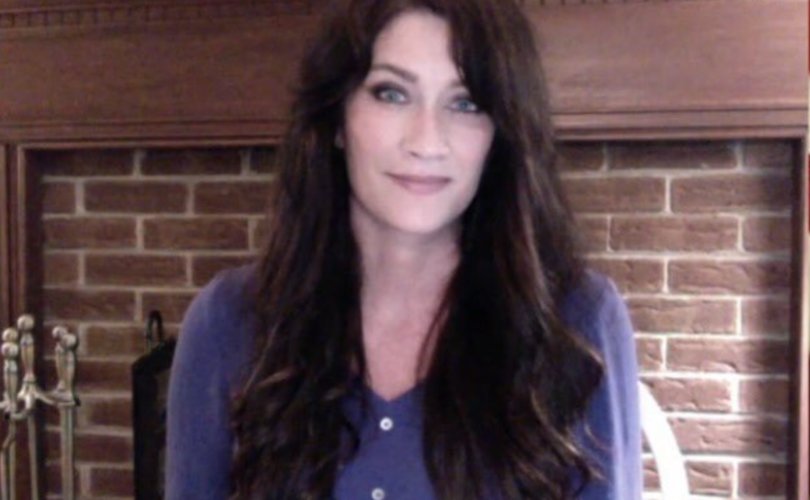 CHARLOTTE, North Carolina, September 12, 2018 (LifeSiteNews) – Conservative writer Denise McAllister announced Monday she was taking a hiatus from social media after receiving threats of death, rape, and other forms of violence over a pro-life tweet she made the week before.

McAllister, a Fox News guest whose writing can be found on websites such as PJ Media and The Federalist, tweeted September 6 that pro-abortion “hysteria” is rooted in “women’s unhinged desire for irresponsible sex,” a motive she finds “abhorrent as women have flung themselves from the heights of being the world’s civilizing force to the muck and mire of dehumanizing depravity.”

At the root of #abortion hysteria is women’s unhinged desire for irresponsible sex. Sex is their god. Abortion is their sacrament. It’s abhorrent as women have flung themselves from the heights of being the world’s civilizing force to the muck and mire of dehumanizing depravity.

Numerous abortion defenders seized on the tweet, which McAllister readily defended. For days she continued to make the pro-life case on moral, philosophical, and scientific grounds, as well as citing her own experience with the choices she was criticizing:

I know what it’s like to face a pregnancy while facing a dark, lonely road—all because of my choice to have sex. https://t.co/jHybiKfmXV

On September 9, McAllister revealed that she was “facing legit death & rape threats” in response to her tweet, via communication means other than Twitter.

I am facing legit death & rape threats because I have dared to call out women who are hysterical about abortion and to challenge them to be responsible and not to elevate sex to the point that they’re willing to kill human life to avoid their responsibilities. How sick is that?

On September 10, she announced that she had agreed to temporarily suspend her social media postings until the threats were resolved. Her only tweet since has been an update that the police are involved.

Due to threats against my life, my family is asking that I stay off social media until the situation is resolved. I don’t want to, but I need to respect their wishes at this time. I hope to return soon. Keep up the good fight, my friends.

I have worked with the police. My home is now on police watch. https://t.co/iPkpHlds8t

“They are threats outside of Twitter, stating they know where I live. Threats of rape and strangling,” McAllister, who is also a rape survivor, told PJ Media. “I spoke to the police. I am on home watch. My children are very frightened.”

She has not publicly shared the specific threats, but PJ Media highlights numerous examples of unhinged pro-abortion responses to both the original tweet and the threat news. Radio personality Sheri Lynch asked “who ordered the crazy word salad with a side of toxic internalized misogyny?” AlterNet reporter Matthew Chapman claimed McAllister had somehow admitted that pro-lifers’ “goal is controlling women, not ‘protecting life’” (a common pro-abortion conspiracy theory).

As for the threats, one respondent said, “Karma always has a way of putting light on darkness.” Another suggested that they were simply a sign that “People don't react well to your extremism.” Others expressed pleasure at her Twitter hiatus and every disappointment that she herself wasn’t aborted.

McAllister suggested that the intense reactions are due not only to anger at a woman dissenting from feminist orthodoxy, but defensiveness at what they themselves know deep down.

“Women have the legitimacy to criticize other women in a way men don’t. When we speak honestly like I have, they hate it because they know what I’m saying is true,” she told PJ Media. “That’s especially true in my own case because I’ve been in the exact position as many women who want abortions.”

But while pro-abortion activists seek both personal and societal validation for their choices, McAllister says she confronted and learned from them. “I know the fear of an unplanned pregnancy. I also know the irresponsible choices I made to get myself into that situation,” she said. “I own it.”