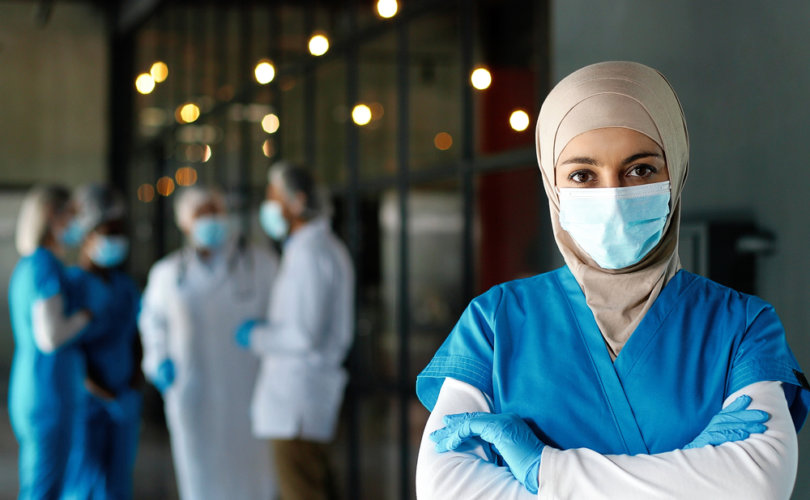 OTTAWA, Ontario (LifeSiteNews) – Erin O’Toole, the leader of the Conservative Party of Canada (CPC), demanded that his MPs stop speaking out publicly against Québec Bill 21, which mandates civil servants maintain a religiously neutral presence while at work.

Recently, public outrage has ensued regarding Bill 21 after a teacher, Fatemeh Anvari, was told by the Western Québec School Board that she would not be able to teach anymore because she wears a hijab. She was later moved to an administrative job with the school board.

Asked about this, O’Toole said that while he disagrees with the law, provincial jurisdiction should be respected and is an issue “for Quebecers to decide.”

According to the Toronto Star, some CPC MPs told them that party brass said they can only speak out against the law in closed caucus meetings.

According to the MPs, they said they were also told by party heads that “true leadership” is knowing when it is OK to speak out politically, and that it was cowardly to do otherwise.

MPs were told that they were causing division by speaking out on social media and to reporters against the bill.

According to the Toronto Star report, O’Toole’s demand that his MPs stop speaking out publicly against Bill 21 came during a “tense” caucus meeting last week.

CPC MP Kyle Seeback had been saying on Twitter it is “an absolute  disgrace” that Anvari was dismissed from the classroom.

“It’s time politicians stood up for what’s right. Bill 21 has to be opposed. In court, in the House of Commons and in the streets,” Seeback wrote on Twitter.

According to the Toronto Star, one CPC MP told them that some within the party have been raising questions that the party’s neutral stance on Bill 21 cost them votes in Québec during the 2021 federal election.

One CPC said that they are not going to let O’Toole off easy with Bill 21, saying,  “We either stand up for this or we stand for nothing.”

The government of Québec passed Bill 21 in June 2019 with the full support of the Québec Premier François Legault. It bans public sector employees such as school teachers, police officers, government lawyers, and other workers from wearing religious symbols, which include crosses and crucifixes, Jews (kippah),  and Muslims (hijab).

An amendment to the bill allows those who currently wear religious symbols to continue to do so until they take a new position in the public sector.

Those opposed to the secularism law say it unfairly targets Muslims and Sikhs.

The Catholic bishops of Québec in 2019 condemned the wearing of religious symbol ban, saying it could “fuel fear and intolerance.”

O’Toole has come under fire from many within the CPC since becoming the party leader in 2020 and then losing the 2021 federal election to Trudeau’s Liberals.

Many have called out O’Toole for his shifting of the party to the left.

Also, Senator Denise Batters was booted from the CPC because she launched a petition calling for the ouster of O’Toole.

Campaign Life Coalition (CLC), Canada’s pro-life and pro-family organization, in October called for the immediate removal of pro-abortion O’Toole as head of the CPC.