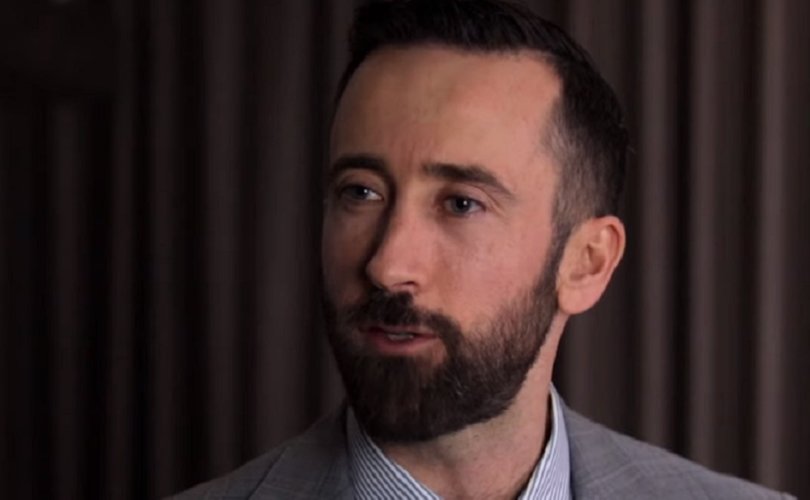 August 14, 2020 (LifeSiteNews) – Conservative leadership hopeful Derek Sloan says he is concerned about online censorship “and algorithmic bias” used by big tech firms like Google, Facebook, Twitter and YouTube to silence the conservative voice, adding if elected prime minister he would “introduce legislation to make it illegal for these online platforms to ban a user unless that user has been documented breaking Canadian law.”

“Political correctness is a suffocating scourge; it is not the law,” Sloan said.

The Member of Parliament (MP) for the Conservative Party of Canada (CPC) made the comments in an email to members titled “censorship,” which was sent out at the end of July.

In the email, he said he is the only Conservative leadership candidate who is “dedicated to defending the foundational Canadian right of free expression in this way.”

“The right to freedom of expression is an indispensable Canadian right. It is foundational to our democracy, and defending that right is a basic conservative principle from which I will never retreat,”  Sloan wrote.

“Unfortunately, in our political and popular culture these days, it is the left that writes the script of what you can believe, what you can express, and what you’re allowed to share. There’s an ever-narrowing window of what’s acceptable to say, both in public and on social media.”

Sloan has repeatedly stated his pro-life and pro-family views without reserve throughout his campaign.

Dr. Leslyn Lewis is the only other candidate who identifies as pro-family and pro-life, with former MP Peter MacKay and MP Erin O’Toole identifying as pro-abortion.

Recently, Sloan came out blasting government-imposed COVID-19 restrictions as “overreach,” saying masks and vaccines have “become tools of control” and not “enhancers of health.”

Sloan said in early July that if elected prime minister he would introduce a law that would ban provinces from forcing “vaccinations on their residents, including children.”

In his July email on censorship, Sloan said that while the left likes to throw around the term “diversity,” it is this very word which “terrifies them.”

“They’d rather ban ideas than engage in discussion about them because they’re short on actual arguments,” Sloan wrote.

“Today, principled conservative ideas, ways of thinking that have informed the ascent of Western culture and civilization, are defined by the left as hate speech.”

In February, Minister of Canadian Heritage Steven Guilbeault remarked during an interview with CTV’s Evan Solomon that online news websites should be required to be licensed, like radio and television broadcasters.

He made his remarks regarding a Liberal government report titled “Canada's communications future: Time to act” that recommended expanding the Canadian Radio-television and Telecommunications Commission (CRTC) to regulate not just radio and television broadcasters but news websites also.

A part of the report called for increasing funding by a total of $1.2 billion to the state-owned and leftist Canadian Broadcasting Corporation (CBC), going as far to say the CBC has a “critical role to play” in shutting down supposed fake news websites.

In his email, Sloan mentioned Guilbeault’s words from earlier in the year, saying Canadians must “guard against this kind of thinking.”

“To allow platforms to ban Canadians for political incorrectness is to allow only some political speech in the public square. It will be as fatal to our democracy to allow technology platforms to take this position as it would be to allow governments to do so,” Sloan wrote.

“We must guard against this kind of thinking and remember that earlier this year Heritage Minister Steven Guilbeault spoke favourably of government regulation of news and other content on the internet.”

Guilbeault later backpedaled his CTV comments after a large backlash but did say that “we will speak again” about the issue “when we have legislation to present.”

In his email, Sloan remarked that he would introduce legislation to criminalize “doxing,” which he called “the deliberate posting of contact information, including home addresses, of someone with the intent of inviting harassment and physical harm.”

“This is a vile tactic often used to intimidate people who state opinions on social media deemed “unacceptable’ by the radical left,” Sloan wrote.

Lisa D.S. Bildy, a lawyer for the Canada-based Justice Centre for Constitutional Freedoms, told LifeSiteNews in the spring that the Liberal government’s recommended “media registry” for news outlets in Canada is “ Orwellian, quite frankly” in direct reference to George Orwell’s dystopian novel “1984.”

“A free and independent press is a cornerstone of democracy and liberty,” Bildy told LifeSiteNews.

In April, Canadian Prime Minister Justin Trudeau’s Liberal Party said they plan on creating a law that would punish citizens who ‘spread misinformation’ about COVID-19 online.

In early April, Guilbeault announced that funding of $3 million would be distributed to various groups to counter online coronavirus misinformation.

A LifeSiteNews petition encouraging the breakup of Big Tech because of censorship of the conservatives' voice, along with Christians, and libertarians has obtained more than 82,000 signatures in less than two weeks.

Big tech firms such as Google, Facebook, and Twitter have come under fire for their apparent online censorship targeting conservative voices.

Recently, a video viewed millions of times of America’s Frontline Doctors championing hydroxychloroquine as an effective treatment for the coronavirus was swiftly removed from YouTube, Twitter, and Facebook for violating the sites’ respective COVID-19 “misinformation” policies.

In July, U.S. President Donald Trump said he will issue executive orders to “bring fairness to Big Tech” if the U.S. Congress does not take action.

The CPC leadership race is being held by mail-in ballot. It will conclude on August 21.