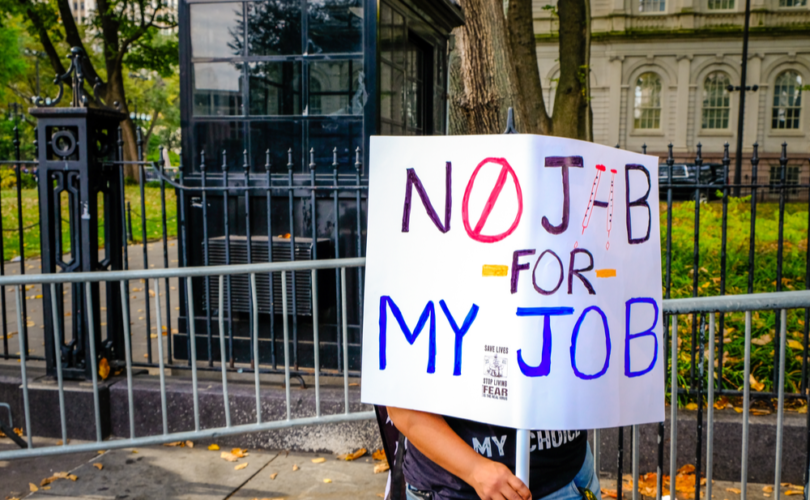 OTTAWA (LifeSiteNews) – A Canadian Conservative Party (CPC) MP sponsored an official House of Commons petition demanding the federal government of Prime Minister Justin Trudeau rehire all federal public servants who were fired because they did not take the COVID jabs.

“The federal government implemented a policy wherein federal public servants of the core public administration were forced to choose between their bodily autonomy and their careers, with Crown corporations instituting similar policies shortly thereafter,” reads a portion of the petition sponsored by Saskatchewan CPC MP Jeremy Patzer.

“This resulted in public servants being coerced to choose between providing private medical information to their employer and accept two doses of an emergency use authorized COVID-19 injection, or losing their pay, benefits, earned leave credits.”

The petition, initiated by Caroline Barrington of Swift Current, Saskatchewan, has only been running since yesterday but already has close to 6,000 signatures. The petition closes April 2.

“Please add your name to this petition calling on the federal government to reinstate all employees who have lost their jobs as a result of their discriminatory vaccine mandates,” Patzer tweeted.

Currently, a federal jab mandate for truckers crossing Canada’s border with the U.S. is still in effect, as is a travel ban by air, rail, or sea, for anyone who is not jabbed.

“This policy unnecessarily infringes on the rights and freedoms of Canadians, as reasonable accommodations such as providing an alternative workplace setting (working remotely from home or otherwise) or providing rapid testing for all employees have not been offered as an alternative,” it adds.

The petition is demanding that the Canadian government “reinstate the federal public servants who have been removed from their positions without sufficient justification, many of whom are experts in their respective fields.”

It is also asking that the government ensure that “freedom to participate in work within the Government of Canada is not contingent on being vaccinated.”

The petition is also demanding the federal government be required “to protect the fundamental rights of Canadian federal government employees and where necessary apply proportional and appropriate responses to emergencies that are legal, ethical, and respectful of inalienable human rights.”

Ontario has removed its vaccine passport, including a mandate that its government workers be jabbed, but a mask rule remains in place for now.