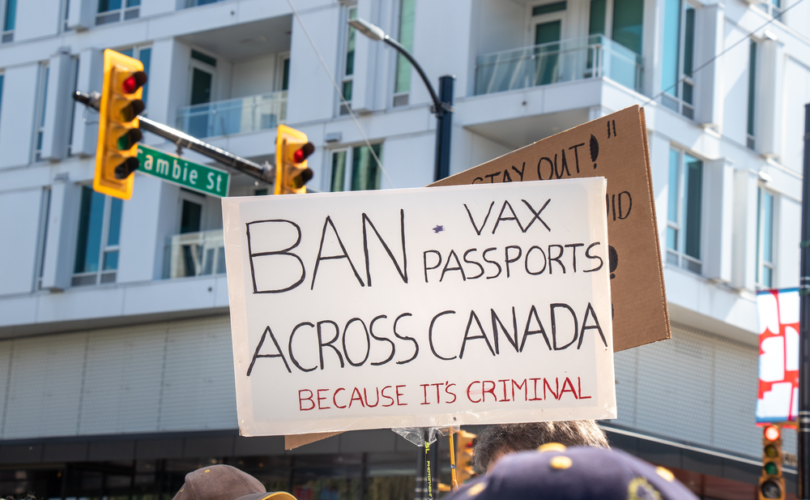 OTTAWA (LifeSiteNews) – A Conservative Party of Canada (CPC) MP blasted the federal government’s continued travel ban on the vaccine free, saying all Canadians have the “right” to free mobility as granted by the charter of rights.

“Every citizen of Canada has the right to enter, remain in, and leave Canada. That’s not my words, that’s the charter,” Saskatchewan CPC MP Jeremy Patzer said Wednesday in the House of Commons while asking a question to Minister of Health Jean-Yves Duclos.

“Vaccine mandates that prevented Canadians from traveling within Canada and outside of Canada … nobody is winning with this current setup. When will the government end the mandates and fix the mess at the border?”

Duclos claimed in his reply that vaccines are the reason Canada did not have to shut down again, despite offering no evidence.

Patzer also noted that in his riding that COVID border measures have resulted in the “shutting” of “essential businesses from operating” due to “closures at the borders in my riding.”

Just last week, a CPC motion demanding an end to “all federal vaccine mandates” was voted down in Canada’s House of Commons due to opposition from the Liberal Party and their NDP allies.

Despite this setback, CPC MPs have continued to press the Liberal government of Prime Minister Justin Trudeau in the House of Commons regarding the travel ban for the vaccine free.

Patzer is behind an official House of Commons petition currently open for signatures that is demanding the federal government under Trudeau rehire all federal public servants who were fired because they did not take the COVID jabs. It currently has over 17,000 signatures.

An official House of Commons petition backed by CPC MP Tom Kmiec is demanding Trudeau “abolish” a rule that bans the vaccine free from traveling by air. It currently has over 16,400 signatures.

Minister of Transport Omar Alghabra said recently that the vaccine mandate for travel by air, rail, and boat will remain in place for now.

Canada is the only major nation in the world that has banned the vaccine free from traveling by air within and outside the country.

Last August, the Trudeau government announced that Canadians traveling by air, rail, or sea, both domestically and internationally, must have the experimental COVID jabs or they would be barred from those means of travel. The rule went into effect in December 2021.

A similar mandate for truckers, sending the un–jabbed into quarantine after crossing the U.S. border into Canada, went into effect in January. This resulted in truckers fighting back in the form of the Freedom Convoy.

CPC MP Leslyn Lewis, who has a strong pro-life voting record and is running for the party leadership, recently criticized Trudeau’s “undemocratic” mandate barring those who reject COVID vaccines from traveling, saying it’s time for it to end.

She has the support of Patzer, who wrote that Lewis should be on the ballot box as she is a “woman of integrity,” is a team leader, and has a “vision for unifying Canada.”