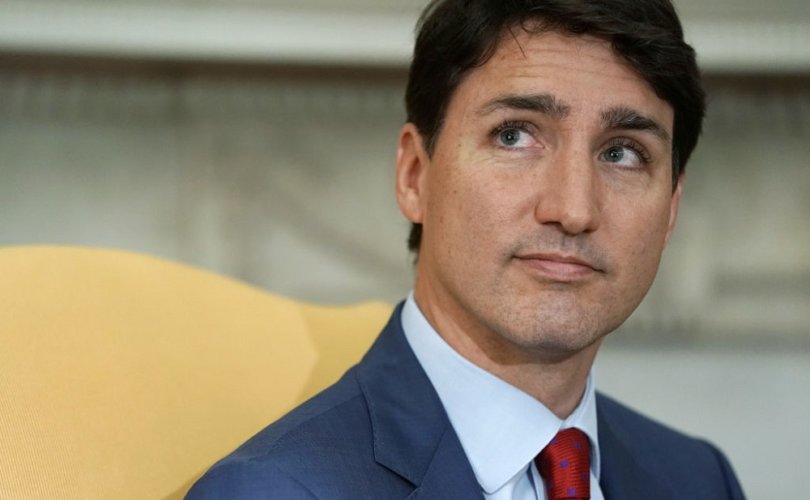 “I’m going to ask again because nobody, nobody believes you when you say you don’t know how much money your family has got from the WE group,” said Poilievre, who serves as the finance critic for the Conservative Party, to Trudeau at a July 30 House of Commons finance committee meeting.

“You’ve had a month to look into that, you knew you were going to testify here. Again, how much money total have your brother, mother, and spouse received from this organization? How much?”

Trudeau responded by not giving Poilievre an exact figure, saying instead that this information “has been publicly shared.”

This prompted Poilievre to respond by saying, “How much? How much? I’m looking for a dollar figure.”

Trudeau responded, “We can get that number for you if you like. It's been out in the media.”

Poilievre replied, “It’s been in the media, but you don’t know it? You don’t know how much your family has received from this organization, which you tried to give a half-billion dollars? Really?”

Trudeau is facing a backlash because his mother and brother received an estimated $300,000 in the last four years to speak at WE events.

Trudeau’s wife, Sophie Gregoire-Trudeau, is a WE ambassador, and it was revealed that she was paid $1,400 to speak at a WE Day back in 2012.

He was asked questions from committee members on the ongoing WE scandal, which has directly implicated finance minister Morneau, along with Trudeau.

At the meeting, Trudeau indicated to the committee that he knew there would be a perception of conflict of interest in his government approving a $912-million no-bid contract to WE Charity, to oversee its student volunteer program, in light of his family’s relationship with WE.

Trudeau said that when he heard of the proposed deal on May 8, he “pushed back” and decided not to have the issue raised on his cabinet agenda.

Both Trudeau and Morneau are currently under investigation by the ethics commissioner. They have both issued apologies for not recusing themselves from their cabinet discussions to approve the now canceled contract with the WE Charity, which would have seen WE get up to $43.5 million to administer the Canada Student Service Grants program (CSSG).

Earlier in the meeting, which can be viewed in full online, Poilievre repeatedly pressured Trudeau to answer with a dollar amount in terms of money received in expense reimbursements and fees paid to him from WE Charity, for his mother, his spouse, and “any other member of your family.”

Trudeau told Poilievre that he did not “have the details” or “the number” amount in front of him, which Poilievre said was “hard to believe.”

“You were twice found guilty of breaking the ethics act before, strikes one and two, and now you admit a third strike by your failure to recuse yourself. In the process, you broke the ethics act a third time. What happens in baseball when you have three strikes?”

Trudeau responded to Poilievre by saying, “As I said to Canadians a number of weeks ago, I should have recused myself knowing the connections between my family and the perceptions around this issue.”

In the committee meeting, Poilievre reminded Trudeau that he twice before has been found guilty of breaking the Ethics Act.

“Prime Minister, you twice were found guilty of breaking the Ethics Act. Did you decide to read the act?” said Poilievre, referring specifically to Section 21.

Trudeau responded by saying that he did read the act.

Poilievre then read Section 21 of the Canadian Conflict of Interest Act: “A public office holder shall recuse himself or herself from any discussion, decision, debate or vote on any matter in respect of which he or she would be in a conflict of interest.”

“It didn’t just slide by your desk, but you were concisely aware that there was an inappropriate link to your family, that would put you in a conflict,” said Poilievre to Trudeau.

Trudeau responded, “That is simply not true, Mr. Poilievre,” adding that his concern “was a question around perceptions.”

The WE Charity scandal became public knowledge after a Rebel News exclusive report exposed that WE Charity founders Craig and Marc Kielburger had donated to Trudeau’s political campaign and the Liberal Party. This quickly prompted the Canadian federal government to end its agreement with WE Charities to administer a $900-million student summer volunteer grants program. Trudeau announced that civil servants would administer the program instead.

The Kielburger brothers founded Free the Children in 1995, which is the precursor of today’s WE global “youth empowerment movement,” which includes WE Charity, known for its stadium extravaganzas for students across Canada.

Many provinces such as Alberta, Saskatchewan, and Ontario have announced that they are terminating their agreements between their schools and WE Charity.

WE Charity has also lost high-profile sponsors such as Loblaw Companies Ltd., Royal Bank of Canada, and Virgin Atlantic Airways.

LifeSiteNews has reported on concerns over WE Day events exposing schoolchildren to speakers who are known for their pro-abortion stance.

In March of 2011, Marc Kielburger admitted in a letter to the Ottawa Catholic School Board that Free the Children had stocked contraceptives at its Kenya medical clinics, which prompted the Kenyan bishops to plead with Canadian and U.S. Catholics to stop funding the charity.