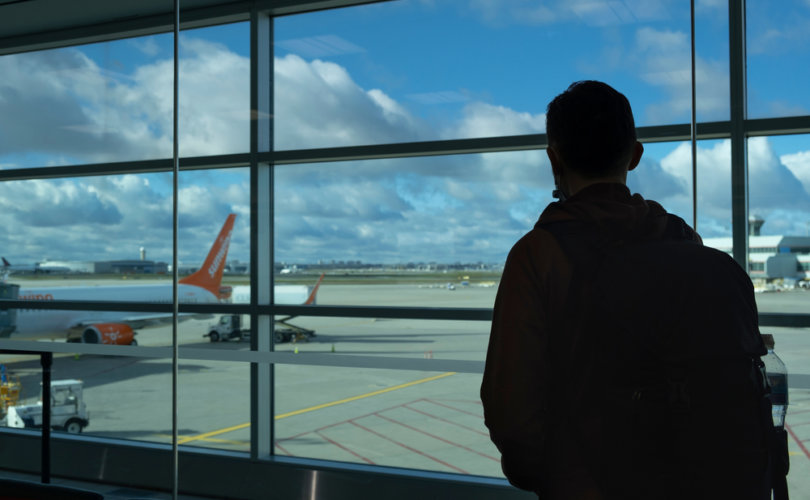 OTTAWA (LifeSiteNews) – A Conservative Party of Canada (CPC) MP sounded the alarm that the Liberal government under Prime Minister Justin Trudeau is planning to keep COVID jab mandates and rules for years to come.

“This is disturbing. Hidden in the Fiscal and Economic Update, the Liberals are planning to maintain vaccine mandates for 3 more years. These supposedly ‘temporary’ mandates are being made permanent by   @JustinTrudeau,” tweeted CPC MP Michael Cooper for St. Albert-Edmonton Cooper on December 15.

The Liberals’ Economic and Fiscal Update 2021 was released by Minister of Finance Chrystia Freeland on December 14 and details what the federal spending plans for travel safety are through the year 2024.

Cooper highlighted that the Trudeau Liberals’ Economic and Fiscal Update 2021 shows $37.4 million over three years, starting in 2021-2021, to provide Transport Canada with funds to “support the implementation and oversight of this vaccine mandate for federally regulated air, rail and marine employees and managers.”

The update also includes a total of $7.357 billion for nearly the next decade for “Spending on Vaccine Procurement and Pandemic Preparedness Since Budget 2021.”

Figures show that until the end of 2027, the Liberals plan to “Keep Canadians Safe from COVID-19″ though the funding of vaccines.

The update also includes a total of $1.7 billion to “increase access to rapid testing supplies across Canada, helping to identify cases early, break the chain of transmissions, and reduce outbreaks.”

The Liberal’s fiscal update touts the COVID “vaccines” as “safe” and the “best line of defence against COVID-19,” claiming that “widespread vaccination has helped our economy reopen and helped many people return to work.”

This is even though the COVID  jabs approved for emergency use in Canada have also been associated with severe side effects such as blood clots, rashes, miscarriages, and even heart attacks in young, healthy men.

Many Canadian doctors have spoken out against both jab mandates as well as their purported safety and effectiveness, such as Dr. Daniel Nagase and Dr. Charles Hoffe.

The COVID injections used in Canada including the Pfizer jab for ages 5 and up also have connections to cells derived from aborted babies.

The Liberal’s fiscal update also praises the draconian and discriminatory Trudeau travel ban by air, sea, or train for the vaccine-free, which has been in place since December 1.

Those with the jabs have to use Canada’s vaccine passport or their provincial systems to prove they have had the still experimental injections to travel.

However, many consider jab mandates as a blatant assault on individual freedoms that’s unnecessary given  COVID’s  high survivability among most groups, its minimal risk of asymptomatic spread, and research indicating that post-infection natural immunity is equally protective against reinfection.

There is also a substantial amount of evidence that vaccine mandates are a failed strategy for tackling COVID, according to a growing body  of  data.

Despite this, just recently, Canadian Health Minister Jean-Yves Duclos  hinted that government edicts such as travel bans and vaccine mandates enacted due to the COVID crisis might continue for months or even “years.”

On November 30, the Canadian federal government updated its border measures due to the omicron variant.

Although Canada has a high overall COVID jab rate of 76 percent, the government once again has mandated COVID testing for returning air travelers, along with mandatory quarantine, even for those who are considered “fully vaccinated.”

Indeed, just this past week, a fully vaccinated Canadian mom called out the government after being forced to stay in a COVID quarantine hotel with her family after returning home from a trip to Egypt.