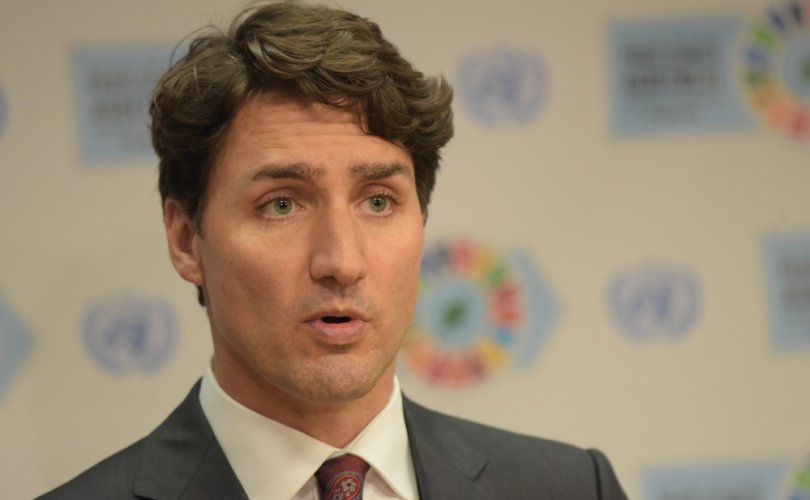 OTTAWA, Ontario, August 31, 2020 (LifeSiteNews) — In an open letter sent out last Friday, two Canadian Conservative Party (CPC) M.P.s have demanded that “action” be taken to ensure that the Canadian Liberal Party under Prime Minister Justin Trudeau does not destroy “evidence” with regard to the WE Charity scandal.

“We are taking action to stop Liberals from destroying evidence,” wrote Conservative M.P. Pierre Poilievre, who serves as the CPC finance critic, in an August 28 Twitter message.

His tweet included the letter he and M.P. Michael Barrett, Conservative shadow minister for ethics, sent to the clerk of the Privy Council and the librarian and archivist of Canada demanding that the documents be kept safe.

“We are asking you to ensure that all safeguards are in place to prevent the destruction of any relevant ministerial documents that may be in the possession of current or former staff in the Office of the Minister of Finance relevant to these future parliamentary investigations,” says the letter.

“Additionally, we are requesting that you ensure that all safeguards are in place to prevent the destruction of any relevant documents (including those of volunteer advisors) or communications in the Prime Minister’s Office.”

Trudeau and former finance minister Bill Morneau are currently under investigation by the ethics commissioner and have issued apologies for not recusing themselves from their cabinet discussions to approve the now canceled contract with the WE Charity.

In an August 28 CPC open letter, Barrett and Poilievre expanded on their letter to Canada’s archives officials and reiterated their demand that documents be preserved.

“Conservatives have written to the Clerk of the Privy Council and the Librarian and Archivist of Canada to ensure that documents related to Justin Trudeau’s scandals are not destroyed,” said Barrett in the letter.

“Justin Trudeau has used every tool at his disposal to cover up his ethical failings, including shutting down Parliament. Safeguards must be in place to ensure that relevant documents are not destroyed.”

The CPC open letter says its signatories expect the parliamentary committees currently investigating the WE Charity scandals to “resume as quickly as possible following the Speech from the Throne” so they can continue their work in investigating the “Trudeau WE Scandal.”

“It is absolutely crucial for committees and all Canadians to have access to the documentary evidence related to Justin Trudeau’s many scandals,” says the open letter.

“As we saw in Ontario with the gas plant scandal, Liberals will try to cover their tracks by deleting emails and evidence…documents must be preserved so the truth is not hidden, and Canadians can get the answers they deserve,” added M.P. Poilievre in the open letter.

On August 18, Trudeau asked the Canadian governor-general, Julie Payette, to prorogue Parliament until the fall. As a result, all parliamentary sessions and pending legislation have come to a halt, which includes any WE Charity committee probes.

Trudeau announced that his government will give a speech from the throne on September 23 to present a “new plan” for Canadians amid the ongoing coronavirus crisis.

Before Trudeau shut down parliament, Poilievre, who sits on the finance committee investigating the WE Charity scandal, called for the immediate release of 5,000 pages of WE scandal documents.

Although the documents were released, many of them were redacted to the point where all relevant information was blacked out. Poilievre directly accused Trudeau of a “cover-up” as a result of the blacked out documents.

“Ladies and gentlemen, this is a cover-up. Conservatives will not relent; we will continue to fight to get to the truth,” said Poilievre.

The CPC last week elected pro-abortion M.P. Erin O’Toole as their new party leader. O’Toole beat out the mainstream media favorite Peter MacKay on the third ballot, with the only two pro-life candidates in the running, M.P. Derek Sloan and Toronto lawyer Leslyn Lewis, taking home a total of 35 percent of the vote on the first ballot.