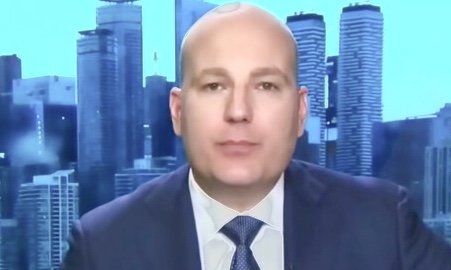 May 22, 2020 (LifeSiteNews) – One day after a judge ruled Conservative Party of Canada (CPC) leadership candidate Jim Karahalios was again allowed to run in the race, the party’s Leadership Election Organizing Committee (LEOC) disqualified him as a candidate.

In a statement released Thursday afternoon, CPC spokesperson Cory Hann said the judge's decision made it clear that the LEOC had the right to determine the fate of Karahalios and his campaign, which they swiftly did.

“In the decision, the judge makes clear that the authority to disqualify is reserved to the LEOC and the LEOC is in the position to determine if the conduct of Mr. Karahalios was such that he should be disqualified as a candidate,” Hann said in the Thursday statement.

“After a thoughtful meeting to deliberate the circumstances around the Chief Returning Officer’s decision in regards to Mr. Karahalios’ conduct, the LEOC has determined that Mr. Karahalios will be disqualified from the leadership election.”

The second disqualification came less than two days after an Ontario court judge ruled that Karahalios could be allowed to re-enter the leadership race, so long as he met conditions set out by the judge within a two-week window.

Karahalios’ lawyers said the party had disqualified him “as a result of a complaint filed by the Erin O’Toole campaign requesting his disqualification.”

Karahalios sent an email to his followers in early March with the title, “Say NO to Shariah Law. Stop Erin O’Toole.” O’Toole, also a leadership candidate, complained publicly that Karahalios was a “racist” for this email.

Karahalios said Thursday on Twitter that he is still not done.

“I am yet to be defeated in a free, fair, & democratic vote among members – how real party elxns should be decided. Good time to reflect on @MaximeBernier's claims about how he supposedly “lost” 2017 @CPC_HQ leadership when 6k more ballots than voters ended up in boxes. #cdnpoli,” said Karahalios.

He later sent out another Twitter message, saying, “Take no part in the unfruitful works of darkness, but instead expose them… For when anything is exposed by the light, it becomes visible, for anything that becomes visible is light.” #cdnpoli @CPC_HQ.”

“The second disqualification of Jim Karahalios is disheartening and disappointing. While Jim has a style that may not appeal to everyone, his voice undeniably resonates with a great many. Barring illegal or otherwise unacceptable behaviour that clearly violates a CPC rule or directive, it is CPC members who should have the final say on who becomes their leader,” he wrote in an email to supporters.

“I remain 100 percent committed to promoting fair and open nomination contests, leadership contests, and policy creation, because grassroots conservatives need and deserve these things,” he said.

Sloan said that “grassroots democracy has always been, and must remain, the lifeblood of the Conservative Party of Canada.”