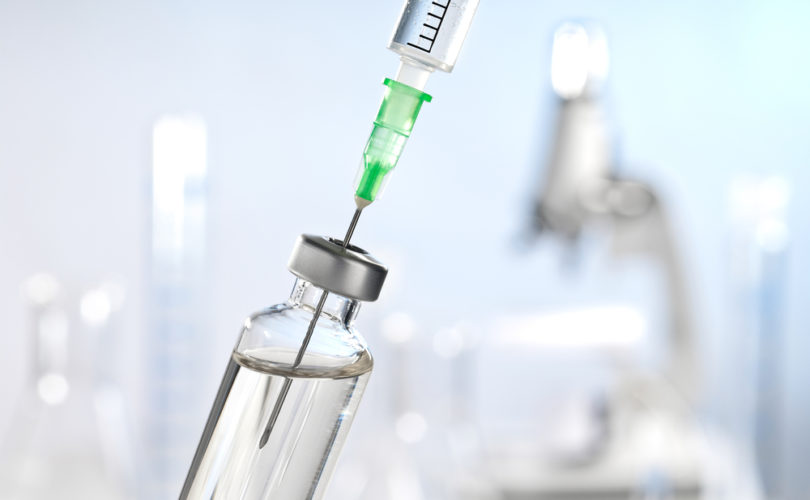 OTTAWA, June 3, 2020 (LifeSiteNews) — A rookie Conservative Member of Parliament who runs a multinational agricultural business with her husband is one of the latest voices to warn against Canada collaborating with Communist China to develop a COVID-19 vaccine.

“If we want Canadians to take this vaccine, why are we working with a communist regime?” British Columbia MP Tamara Jansen asked during a virtual health committee meeting last week. (Full transcript available here.)

A mother of five and grandmother of 12 who is rated pro-life by Campaign Life Coalition, Jansen also objected to the vaccine being developed using a cell line procured from an aborted baby.

Canada’s National Research Council (NRC) announced May 12 that it was collaborating with the Chinese firm CanSino Biologics Inc. (CanSinoBIO) to test its trial coronavirus vaccine, known as Ad5-nCoV.

LifeSite’s Anthony Murdoch confirmed in an earlier report that Ad5-nCoV uses the HEK293 cell line, developed by the NRC from fetal cells harvested from an aborted baby decades ago.

Jansen raised a number of red flags about the deal when questioning Dr. Caroline Quach-Thanh, a Montreal-based microbiologist and epidemiologist and member of the Trudeau-appointed COVID-19 Immunity Task Force, during the committee meeting.

“As part of the government task force, can you tell me whether you see any ethical problems in working with CanSino Biologics on the vaccine that’s being developed jointly with People’s Liberation Army?” she asked.

“I did not think about that particular aspect of things,” responded Quach-Thanh, adding that Ad5-nCoV is being tested at Dalhousie University in Nova Scotia, under the Canadian Immunization Research Network, and not under the federal task force.

Jansen pointed out that the Chinese firm seems to hold all the cards in the deal.

The NRC “signed a non-exclusive agreement with CanSino to use the HEK293 cell line to produce this vaccine” and “as such, we don’t anticipate any revenue from CanSino's use of this Canadian technology,” she said.

“The intellectual property for this vaccine belongs to CanSino, so they will be able to make their own decisions as to where they supply the vaccine. That is my understanding,” Jansen added.

Would the Chinese firm have “any obligation” to supply the vaccine to its partner Canada, she asked.

“Why are we working with a company that’s clearly in bed with a communist regime? Isn’t it a no-brainer that they will be supplying their own country with the vaccine first?” Jansen asked.

The MP also expressed concern about the rush to test Ad5-nCoV in humans, pointing out that it took 20 months before human trials were approved for a SARS vaccine.

She also noted CanSino hadn’t published any of its findings for peer review aside from an article in the Lancet that appeared three days before the committee meeting.

Human clinical trials of Ad5-nCoV are set to begin in the next few weeks at Dalhousie, pending approval by the province’s research ethics board, the Halifax Chronicle-Herald reported May 21.

“If we want Canadians to take this vaccine, why are we working with a communist regime? We’ve seen the quality of the PPE they produced under pressure, and it keeps failing time and again. I don’t get why we think we can trust that it will be a safe vaccine when we’re doing this all in such a hurry,” Jansen said.

Health Canada would “do its work in looking at the quality of the vaccine produced” if it is approved after “good clinical trials,” Quach-Thanh responded.

The HEK293 cell line used to develop the vaccine “was developed in 1973 from an aborted embryo” and Jansen asked whether there was any other way to develop a COVID-19 vaccine than with “this type of cell line.”

There are other platforms, “but this is the first vaccine that is actually ready for human trials,” said Quach-Thanh.

Jansen is not the first to raise alarm over the China-Canada vaccine deal.

Leadership contender and MP Derek Sloan, who has called on Canada’s chief medical officer, Dr. Theresa Tam, to resign because of her ties to the Beijing-influenced World Health Organization, also slammed the Liberal government and asked it to call off the collaboration with China.

“Why would Trudeau look to the same people who deliberately concealed the seriousness of the pandemic in its early stages by repressing doctors, falsifying data, and denying their knowledge of human-to-human transmission, to help in developing a vaccine for that same virus?” Sloan noted in an email to supporters.

He quoted Dr. Kulvinder Gill, the president and co-founder of Concerned Ontario Doctors, who likewise warned of the dangers of partnering with Beijing’s communist regime.

“If the Trudeau government wants Canadians to trust and buy into a SARS-CoV-2 vaccine, partnering with the Chinese Communist Party’s military is (…) the most counterproductive and dangerous thing it could do,” Gill said in an article published last month.

Contact your MP to express opposition to the China-Canada vaccine trial deal. To find out who your MP is and contact information, go to the House of Commons website here, or Campaign Life Coalition here.