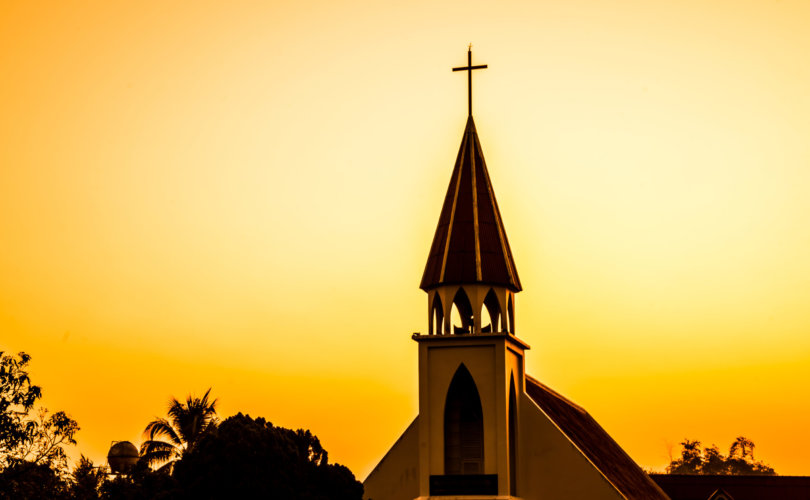 February 7, 2020 (LifeSiteNews) — Conservative scholar Charles Murray is not optimistic about the future of the United States.

In an interview with Canadian pro-life activist Jonathon van Maren, Murray, famous for his many books on culture and politics, said the American experiment in constitutional government is “dead as a doornail” and that without a religious awakening, the United States may last only a few more decades.

“I think America is showing what post-America looks like,” Murray said. “People who call themselves conservatives … believe things that would horrify the Founders.”

“You cannot have a free society, a society that allows lots of individual autonomy without some outside force that leads people to control the self,” he said.

“The American way of life” is now “meaningless.” America today is “just another rich, powerful country.”

Murray believes that while President Trump has accomplished many good things while in office, the country has failed to live up to the Founders’ belief that character counts.

Murray explains that the loss of character and religion is “like the old cartoon where the coyote is chasing the roadrunner and runs off the edge of the cliff and continues running without a problem for a while and then suddenly realizes where he is. He goes crashing to the ground. We have run off the edge of the cliff, and we’re still running great. It’s not going to last very long.”

Despite his pessimism, Murray believes that “if you have a resurgence of what used to be known in the United States as a religious great awakening,” then that can “change the behavior of the population in very positive ways[.] … [I]f you have a new upper class that joins in a resurgence of the Judeo-Christian traditions in the United States, that’s going to be great.”

But Murray does not hold out much hope for that happening. Nor does he think it’s likely to happen in Europe.

“I cannot believe that the secularization of society is going to continue indefinitely. We have never had an advanced culture, in the history of the world, that is nearly as secular as contemporary Europe. And I would say that is the test case.”

“Europe is going to degenerate,” he contined. “The increasing Muslim minorities in those countries are probably going to accelerate the exposure of the degeneracy.”

When pressed for advice on what ordinary Americans should be doing in these times, Murray answered that they should move to small towns and live “the traditional American way of life” and get involved in their communities.

Ultimately, though, he beleives that what America needs is “the emergence of a charismatic person who is devoted to the original American founding who is going to attract political support in the way that Ronald Reagan did.”

That person will hopefully be able to restore some of the character and institutions of the United States, he said.