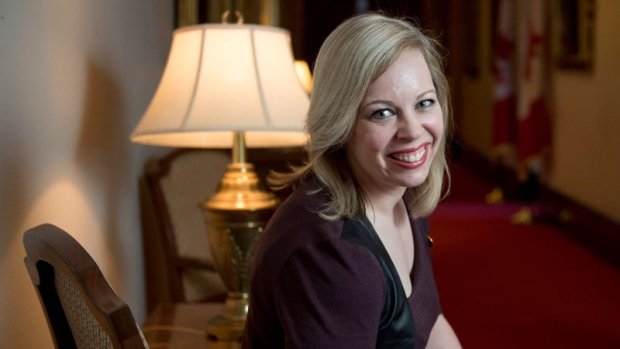 (LifeSiteNews) – Conservative Party of Canada (CPC) Senator Denise Batters launched a petition calling for the ouster of Erin O’Toole, saying he is viewed as ‘untrustworthy’ to lead the party.

“We started this petition because we don’t want to see this party ripped apart again, when we’re divided the Liberals win under Erin O’Toole’s leadership. The rift in our party is growing,” Batter said in a video message posted Monday to Twitter.

Batters, who is from Saskatchewan, said of O’Toole that as party head he “constantly changes” the direction of the party and that as a leader he has “watered down and even entirely reversed our policy positions without the input of party or caucus members on carbon tax, on guns, on conscience rights.”

“He flip-flopped on our policies within the same week, the same day and even within the same sentence. He won the leadership claiming to be true blue but ran an election campaign nearly indistinguishable from Trudeau’s liberals,” Batters said.

Batters launched a website to go with her petition titled membersvote.ca. According to the site, only those who have been CPC members for at least 21 days can sign the petition. The goal of the petition is to launch a leadership review of O’Toole within six months, according to Batters.

“Because Erin O’Toole turned his back on conservative principles, lost the election, and cannot win the next one, Conservatives must take action now!” the membersvote website reads.

For her petition to succeed, Batters said that “within 90 days, 5% of Conservative members in 5 provinces must sign the petition.”

In her Twitter message, Batters said that the CPC cannot afford “more of the same” with O’Toole as leader.

Batters, who is a lawyer, was made a senator in 2013 by then-CPC Prime Minister Stephen Harper.

CPC party officials, however, said late Monday that Batters petition is not “valid.”

According to CPC Party President Rob Batherson, Batters asking for a leadership review of O’Toole did not follow the party’s constitution and was not “in order.”

“Senator Denise Batters is absolutely right to point out that Conservative members across Canada are demanding that O’Toole has to go. He betrayed small-c conservative principles, official party policy, and he flip-flopped constantly,” CLC national president Jeff Gunnarson said.

CLC director of political operations Jack Fonseca said that “O’Toole’s election campaign was an unmitigated disaster” and that “Batters is doing the party a huge favour by moving to recall O’Toole.”

“If this hapless leader stays at the helm, the Conservatives will lose even more badly in the next election,” Fonseca said in the press release.

CLC recently called for the immediate removal of O’Toole as head of the CPC.

Batters’ petition calling for a leadership review of O’Toole is not the first one launched by a high-profile CPC member.

CPC National Councillor Bert Chen is behind a petition with more than 5,000 signatures that was launched soon after the September 20 federal election, calling for O’Toole to be ousted as CPC leader.

Chen was recently suspended as a seat holder on the national council of Ontario by party officials, who are now investigating him.

The 2021 federal election was held September 20 and saw Liberal Prime Minister Justin Trudeau re-elected with a minority government. The CPC under O’Toole won only 119 seats, two fewer than in 2019.