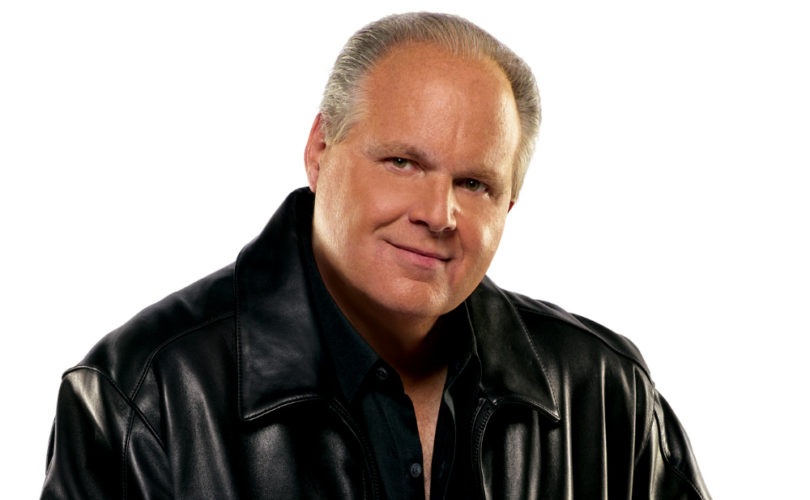 February 4, 2020 (LifeSiteNews) – The American conservative landscape was rocked Monday by talk radio giant Rush Limbaugh’s announcement that he has advanced lung cancer, provoking an outpouring of support from friends and supporters, glee from left-wing detractors, and well-wishes from many in between.

“I have to tell you something today that I wish I didn’t have to tell you,” Limbaugh said on his February 3 broadcast. “I have been diagnosed with advanced lung cancer, diagnosis confirmed by two medical institutions back on January 20th. I first realized something was wrong on my birthday weekend, January 12th.”

He said he considered keeping the struggle private out of a desire to not “burden anybody with it,” but ultimately concluded that sharing the news would be better than it leaking out.

“My intention is to come here every day I can and to do this program as normally and as competently and as expertly as I do each and every day, because that is the source of my greatest satisfaction professionally, personally,” Limbaugh continued. “I’ve had so much support from family and friends during this that it’s just been tremendous. I told the staff today that I have a deeply personal relationship with God that I do not proselytize about. But I do, and I have been working that relationship (chuckles) tremendously, which I do regularly anyway, but I’ve been focused on it intensely for the past couple of weeks.”

He noted that he had been experiencing shortness of breath but was suffering almost no symptoms at the time of his Monday comments, and would be taking the next few days off to “figure out the treatment course of action and have further testing done.”

“You’ve been one of the greatest sources of confidence that I’ve had in my life,” Limbaugh told his audience. “So, I hope I will be talking about this as little as necessary in the coming days. But we’ve got a great bunch of doctors, a great team assembled. We’re at full-speed ahead on this, and it’s just now a matter of implementing what we are gonna be told later this week.”

Here's the audio of Rush Limbaugh announcing on his show that he has lung cancer. pic.twitter.com/V60pAOpf68

Limbaugh, who has been on the air since 1984, has been credited with ushering in the rise of conservative talk radio and alternative media more broadly. The shocking news inspired an outpouring of support from friends and fans in politics and media, including the President of the United States:

Many people do not know what a great guy & fantastic political talent the great Rush Limbaugh is. There is nobody like him. Looking for a speedy recovery for our friend! https://t.co/GRTt56BjEu

Rush Limbaugh is a National Treasure who has made a difference on the airwaves of America for 30 years. Rush, Karen and I will be joining millions across this Country in praying for your swift recovery. God Bless You!

If you currently or have ever worked in conservative media, you owe Rush a debt of gratitude. He's the founding father of this entire industry, and blazed the trail for the rest of us. #RushLimbaugh https://t.co/VszAWExlIB

YAF is devastated to learn of Rush Limbaugh's diagnosis.

For decades, Limbaugh has been a titan in the Conservative Movement, showing generations of patriots how to fight for America's founding principles.

We join many others in sending Rush our best wishes and prayers. pic.twitter.com/qoYN0Xhn8T

“Social conservatives should pray for Rush at this time,” LifeSiteNews co-founder and managing director Steve Jalsevac said Tuesday. “Although there are things in his past life, such as his multiple marriages, that we could never condone, he has tended to be publicly supportive of the pro-life movement on his highly influential daily talk show.”

“He defended the Covington students from the false media charges about their behavior at last year's March for Life, has condemned America' abortion culture for causing insensitivity to killing, criticized the mainstream media for not covering the Gosnell trial and even criticized Pope Francis for seeming to put his climate change concerns ahead of dealing with the Church sex abuse scandals,” Jalsevac explained. “His record on the homosexual/transgender issues is unfortunately, like that of President Trump, a mixed and likely poorly informed one. All in all, should he not survive his current cancer battle, his death would be a significant loss for all American conservatives.”

Rep. Tulsi Gabbard of Hawaii, one of the Democrats vying for the party’s presidential nomination, extended her sympathies to Limbaugh and his family from the other side of the political aisle:

To Rush Limbaugh: I and my family send our love and best wishes to you and your loved ones at this difficult moment in your life. May your hearts and minds be filled with and strengthened by God's love.

Gabbard’s unconditional tweet seems to have been an exception among the political Left, however, with various figures (including controversial ex-CNN personality Reza Aslan) taking the opportunity to either celebrate Limbaugh’s diagnosis, express general contempt for him, or suggesting that there’s some sort of poetic irony to his misfortune:

Ask yourself this simple question: is the world a better place or a worse place with Rush Limbaugh in it?

Almost every minute of Rush’s adult life has been spent purposely making the world worse. He’s a racist, sexist, greedy, hateful man who has sown fear and violence with every dollar he’s made. There is absolutely no question whatsoever that the world is better without him in it.

Now he has cancer…

I'm so sorry for lung cancer, no one deserves Rush Limbaugh.

I wish him the best medical care he’s worked on denying to others.

Rush’s brother David Limbaugh, who is an attorney and prolific Christian author in addition to a political pundit in his own right, expressed gratitude to the “millions of prayer warriors” who have expressed their thoughts and prayers for his family.