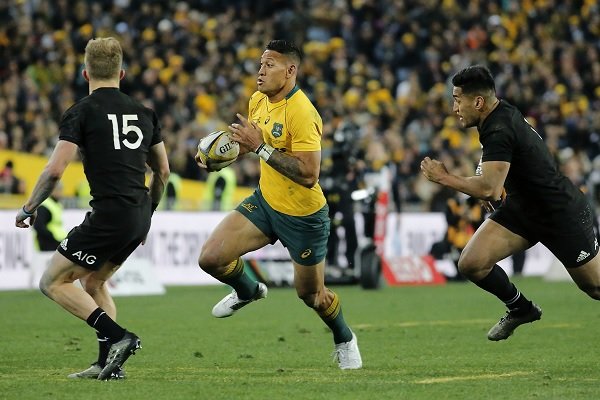 CANBERRA, Australia, May 31, 2019 (LifeSiteNews) ― Conservative MPs are demanding better protection for Australians of faith in the wake of a Christian rugby star losing his job for expressing his religious views on social media.

According to a report in the the Sydney Morning Herald, Australia’s former deputy minister, Barnaby Joyce, “wants laws to exempt religious beliefs from employment contracts.”

“Your own views on who God is, where God is, or whether there's a God should remain your own personal views and not part of any contractual obligation.”

The newspaper stated that Australia’s attorney general is “expected” to bring a “Religious Discrimination Act” to Parliament in July ― “acting on a pre-election commitment to boost protections for people of faith against discrimination and vilification.”

The issue of religious freedom in Australia, boiling under the surface throughout the strange trial of Catholic Cardinal George Pell for historical sexual abuse of a minor, burst into prominence with a bang when rugby star Israel Folau was fired for using social media to warn sinners that they will go to hell if they do not repent.

In April, Folau, 30, published a poster on Instagram reading “Warning: Drunks, Homosexuals, Adulterers, Liars, Fornicators, Thieves, Atheists, Idolators, Hell Awaits You. Repent! Only Jesus Saves.” Beside the image, he added, “Those that are living in Sin will end up in hell unless you repent. Jesus Christ loves you and is giving you time to turn away from your sin and come to him.”

Quoting St. Paul's letter to the Galatians, Folau also posted, “Now the works of the flesh are manifest, which are these, adultery, fornication, uncleanness, lasciviousness, idolatry, witchcraft, hatred, variance, emulations, wrath, strife, seditions, heresies, envyings, murders, drunkenness, revelings, and such like: of the which I tell you before, as I have also told you in time past, that they which do such things shall not inherit the kingdom of God.” (Galatians KJV 5:19-21).

Folau had earlier fallen afoul of LGBT activists, first in September 2017 by stating he would not vote for “gay marriage” in the Australian referendum on the issue, and then in April 2018 after he posted a humorous cartoon illustrating the difference between life as one plans it and life as God plans it.

When a commentator asked him what was God’s plan for gay people, Folau replied, “HELL … Unless they repent of their sins and turn to God.”

The disappearance of a top Christian athlete from his sport was unpopular with both religious Australians and rugby fans. Pundits are giving partial credit for the election of the new conservative Coalition government to the Folau situation.

“”People were a little bit shocked that someone could lose their job because of what they believe,” Joyce told the Morning Herald. “It made everyone feel a bit awkward and uneasy.”

“This is vitally important to not only address our concerns but afford protection against these constant incursions from Labor, the Greens and their acolytes. It’s a new dawn on this issue,” Fierravanti-Wells remarked.

Meanwhile, it’s not just the new government that is pledging to strengthen religious freedom. According to “Rugby Pass” online magazine, the Rugby Union Players’ Union (RUPA) “said there will be a review into players expressing religious beliefs and set out clear guidelines around the matter.”