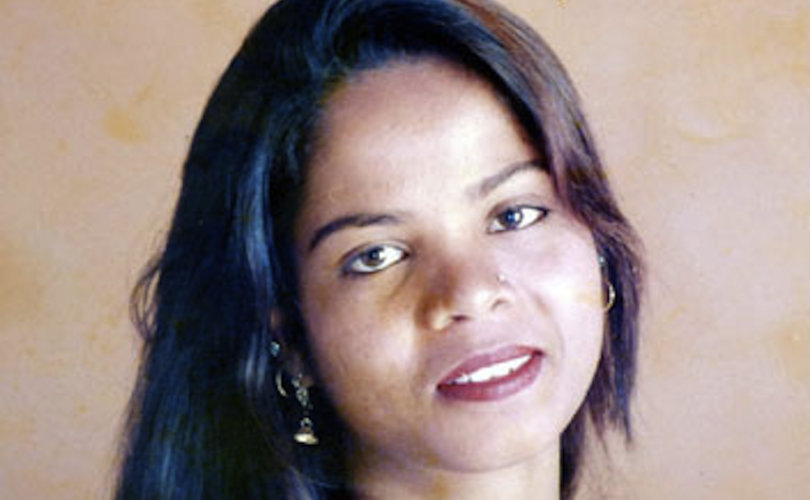 OTTAWA, November 5, 2018 (LifeSiteNews) — A Christian woman who spent eight years on death row in Pakistan for allegedly blaspheming against Islam's prophet should be given asylum in Canada, says Conservative MP Michelle Rempel.

In a statement issued Monday afternoon, the Conservatives' shadow minister for immigration, refugees and citizenship called on Liberal Prime Minister Justin Trudeau's government to grant asylum not only to Asia Bibi, the woman who spent all those years on death row, but her family.

“While the recent Supreme Court decision to overturn the case is heartening, the threat to Asia’s life continues,” said Rempel, a Member of Parliament for Calgary Nose Hill. “Since her case was overturned, angry mobs have been protesting and calling for her death.

“We know that these are not empty threats as the federal minister for minorities, Shahbaz Bhatti, was murdered in 2011 simply for calling for Bibi’s release from prison,” she said. “If action is not taken to ensure the safety of the Bibi family, I fear that their lives will also be in danger.”

On Twitter, a video purports to show that even children are being taught to hang Asia Bibi and those who insult the Muslim prophet.

The Centre for Legal Aid, Assistance and Settlement, a Christian charity dedicated to helping persecuted Christians in Pakistan, reported on its website that the complainant in the Bibi case has filed a review petition in Pakistan's Supreme Court, asking it to reverse its decision to acquit the Christian woman and save her from the death penalty.

The situation is so dire that Bibi's husband, Ashiq Masih, asked UK Prime Minister Theresa May to grant his family refuge as he fears for their safety.

Speaking in Punjabi in a video clip, Masih reportedly said: “I am requesting the prime minister of the UK help us and as far as possible grant us freedom.”

He has also reportedly asked for asylum from U.S. President Donald Trump and the Canadian prime minister.

Bibi, 47, was convicted in 2010 of insulting the Prophet Muhammad while arguing with her neighbors. She is a mother of five.

During widespread protests, many in Pakistan have called for her life after she was acquitted by that country's top court last week.

According to Rempel, Canada should act quickly to protect Bibi's life and that of her family.

“The issue of minority rights has been top of mind for Conservatives,” she said Monday. “Under our previous Conservative government, then-Minister Jason Kenney supported now-deceased Minister Shahbaz Bhatti’s efforts to defend Asia Bibi. Senator Salma Ataullahjan has also been outspoken about Asia Bibi’s case for many years.

“We must never take for granted the principles of freedom of thought, speech, and religion. We must redouble our efforts to defend them, and Justin Trudeau should act immediately to grant asylum to the Bibi family,” said Rempel.