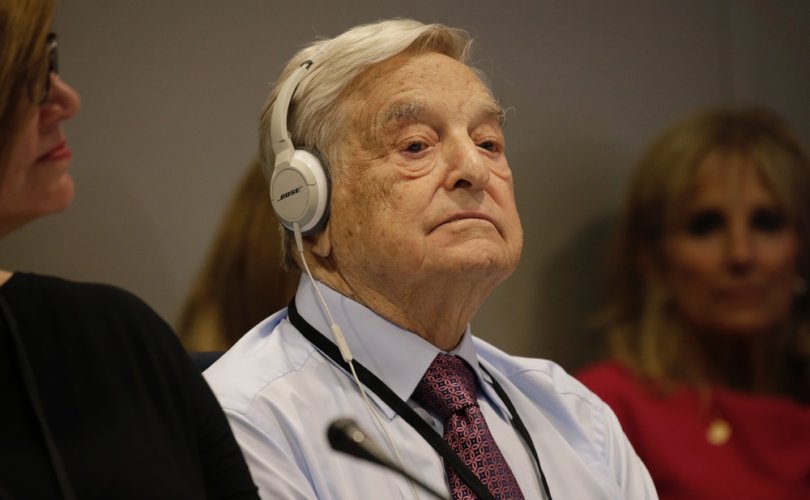 Current employees of one of the stations are concerned that the Latino Media Network will try to use the stations to push a liberal agenda.

Miami’s iconic, Spanish-language conservative talk radio station Radio Mambi is one of the 18 stations the Soros-backed Latino Media Network will purchase from Televisa Univision for a reported $60 million. Radio Mambi, which is historically linked to the Cuban exile community and offers an anti-communism view, will be controlled by liberals once the deal is finalized.

“Spanish-language stations in other major markets, including New York, Chicago, Dallas, Houston, Las Vegas, Los Angeles and San Antonio are also set to be controlled by the Soros-linked group,” Fox News continued. “Some conservatives, particularly right-leaning Hispanics, have called it an attempt by the left to control the information made available to Spanish-speaking voters.”

“Radio Mambi staffers have been furious for months, and some of the station’s biggest stars walked away before the FCC even paved way for the deal to happen,” Fox News added. “Conservative host Lourdes Ubieta quit in July, saying she would never accept a paycheck from anyone connected to Soros.”

Florida Republican leaders objected to the sale of the radio stations, according to CBS News. The CBS article acknowledged the political implications in its article, headlined: “Democrats extend quest for Spanish-speaking voters to radio airwaves.”

“They want to use those 18 radio stations and start peddling socialism to the Hispanics,” Republican Congresswoman Maria Salazar said.

“The sale of Radio Mambí has been met with opposition from Salazar and Florida’s two Republican senators, Marco Rubio and Rick Scott,” CBS News reported. “The three signed a letter to the FCC to try and stop the deal, along with other Republican members of Congress, claiming it would silence conservative voices.'”

“Far from benign, the proposed sale is the latest in a series of moves by elite progressives desperate to claw back support from Hispanic voters, who have rightly turned their backs on Democrats and their socialist priorities,” the letter stated.

“But instead of overhauling their own unpopular policies, we are concerned that far-left ideologues are attempting to consolidate and expand their control over the media, so they can flood the airwaves with propaganda with the hopes of fooling listeners so that they can silence effective conservative voices who challenge their progressive propaganda,” the letter added.