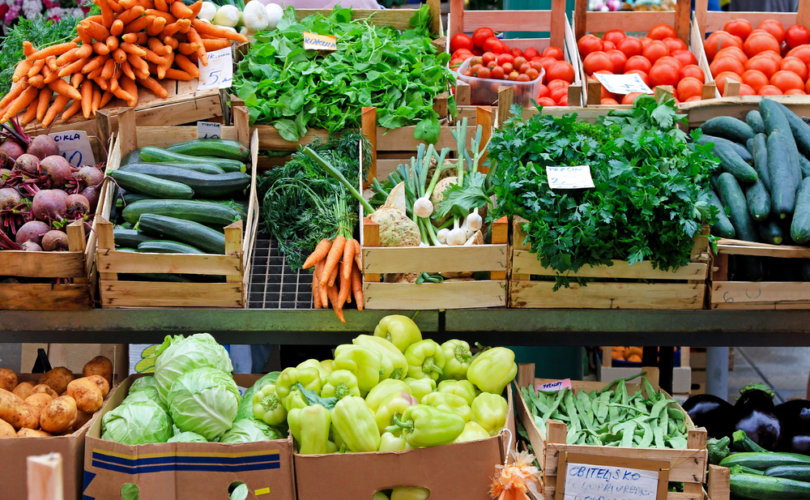 CALGARY, Alberta (LifeSiteNews) — The Justice Centre for Constitutional Freedoms demanded that a farmer’s market in New Brunswick reverse the vaccine passport requirement it implemented after the province announced grocery stores can discriminate against the unvaccinated earlier this month.

“The Justice Centre has sent the City of Fredericton a demand letter in relation to its vaccinated-only policy at the Fredericton Boyce Farmers Market,” the group stated in a press release yesterday. “The New Brunswick government owns the landmark farmer’s market, and leases it to the City of Fredericton at a nominal rate. The Canadian Charter of Rights and Freedoms applies because this is not private property, but property owned and managed by government.”

According to the market’s website, as of December 11, “proof of double vaccination (or medical exemption) will be required to shop indoors for all visitors 12 and over.” The market’s shocking announcement followed just days after the December 4 “winter plan” order from the province of New Brunswick was unveiled. The order informed grocery stores that they must either enforce rigorous “social distancing” practices or demand all patrons be fully vaccinated against the virus.

In the JCCF’s demand letter, they stated that the allowance of essential service providers such as grocery stores to discriminate against a segment of the population is both a violation of Canadian law and international agreements.

“On December 7, 2021 the Justice Centre sent a demand letter to the Minister of Justice of New Brunswick warning that the government’s new public health order of December 4, allowing private businesses to deny services to vaccine-free Canadians, was unconstitutional,” the JCCF’s newest release states.

“The Order implicitly invites grocery stores to decide for themselves whether to require vaccination of customers as a condition for entry. The Justice Centre warning letter noted that the right to food is a fundamental human right enshrined in various international instruments including Article 25 of The Universal Declaration of Human Rights and Article 11 of the International Covenant on Economic Social and Cultural Rights amongst other human rights instruments.”

New Brunswick’s measures are the most restrictive in the country, with every other province only imposing vaccine requirement restrictions on “non-essential” services such as bars, restaurants, and event venues, among other places.

“Our position remains the same in relation to any government denying or inviting private businesses to deny Canadians who have not taken the Covid vaccine to an essential service such as the purchase of food. Any such act is an unconscionable violation of the Charter and has no scientific or legal justification,” stated Andre Memauri, staff lawyer at the Justice Centre.

“Vaccine-free citizens have a right to purchase food, including at markets and grocery stores, and the denial of such essential service is a reprehensible and unlawful act of cruelty and discrimination,” the lawyer continued.

Despite outcry from private citizens and lawyers alike, it took 10 days before even one New Brunswick Member of Parliament (MP) decided to state opposition to the heavy-handed measures.

On December 14, MPs John Williamson, Rob Moore and Richard Bragdon came out in defense of unvaccinated citizens by publicly thanking Sobeys, one of the largest grocery retailers in the province, for informing New Brunswickers that the company will not enforce the vaccine passport system at its stores.

“Denying people access to essential basic necessities is not defensible in any society, under any circumstance,” stated Williamson, giving praise to the grocery chain.

“Glad to see that Sobeys and other retailers who provide essential services like groceries are choosing to not enforce this coercive measure,” Bragdon chimed in. “Choosing to deny individuals the ability to obtain essential services is the last thing we should be doing … The way through our current challenges is not continued division but through coming together with goodwill to support our neighbours.”

JCCF lawyers are not the only legal experts warning provincial governments that their so-called pandemic measures constitute a violation of each Canadian’s protected liberties.

According to constitutional rights lawyer Rocco Galati, vaccine passport systems imposed by government are in violation of Section 2, Section 7, and Section 15 of the Charter.

Notably, Section 15 of the Charter states, “Every individual is equal before and under the law and has the right to the equal protection and equal benefit of the law without discrimination.”

“This is not a medical or health agenda, this is a political one. They want everybody vaccinated for whatever reason. Up until now, there has never been a problem with people exercising their choice,” Galati stated in an August press conference.

“This is depraved, this is illegal, this is criminal, this is unconstitutional.”