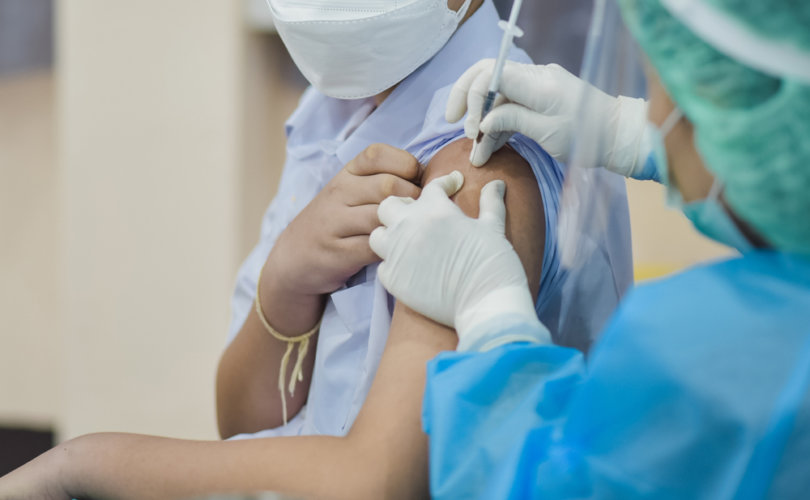 CALGARY, Alberta (LifeSiteNews) – The head of the Justice Center for Constitutional Freedoms (JCCF) says Canadian universities with COVID jab mandates are violating the Nuremberg Code by “punishing students who exercise their legal right to bodily autonomy.”

“Universities are blatantly violating the Nuremberg Code, as well as the Universal Declaration of Bioethics and Human Rights by pressuring students to get injected,” John Carpay said in a JCCF video posted Monday titled “Universities violate Nuremberg Code with vaccine coercion.”

“When you tell a student, get injected or get expelled, there is no free and informed consent to this vaccine.”

Carpay said in his video that the Universal Declaration of Bioethics and Human Rights provides that any “preventive diagnostic and therapeutic medical intervention” should only be carried out with the “prior free and informed consent of the person concerned based on adequate information.”

According to Carpay, universities are also tarnishing their “reputation as institutions of reason and science.”

In August, the Justice Centre for Constitutional Freedoms (JCCF) released a 2021 Campus Vaccine Index  intending to help students and their parents to see what type of COVID mandates each of Canada’s 61 public universities has.

The JCCF index found that around 65 percent of Canada’s public universities did not enact mandatory COVID jab policies for the start of the new school year.

However, this still leaves 35 percent that did mandate the COVID jabs.

Just recently, 22-year-old Canadian engineering student Harry Wade was dragged out of his Western University class by cops because he was not vaccinated against COVID-19. Wade says he is ready to fight his court summons.

Many do not want the COVID injections due to safety concerns surrounding the jabs. There have been reports of thousands of people who have developed tumors after getting their COVID shots.

Also, many Catholics, Christians, and even agnostics object to the novel medical injections because cell lines derived from aborted babies were used either in their development or their testing.

The Nuremberg Code was drafted in 1947 after the Nuremberg Trials after World War II. The trials put a spotlight on Nazi doctors and scientists for their inhumane experiments on people.

The first principle the code lists is that “[t]he voluntary consent of the human subject is absolutely essential” in any type of medical procedure or experiment.

Carpay: Students are being denied their ‘futures’ because of jab mandates

In the video, Carpay said students are being “deprived of their careers, their futures and their success” for refusing to go along with jab mandates, despite facing “no threat from COVID.”

Carpay said the COVID “vaccine has not been subjected to long-term safety testing,” and called out known risks associated with them.

“For young men ages 18 to 24, the vaccine poses a risk of serious heart conditions myocarditis and pericarditis. For young men, this risk of vaccine harm is higher than the risk of harm from COVID,” Carpay said.

“Mandatory vaccination policies are based on the disproven idea that the COVID vaccine actually stops the spread of COVID. However, COVID vaccines do not stop individuals from contracting or transmitting this virus.”

Carpay noted that even the vaccine manufacturers “themselves have stated publicly that there is no evidence that the vaccine prevents transmission of COVID from person to person.”

“We also know that Israel, Ireland, Gibraltar and other places with very high vaccination rates continue to see plenty of people sick with COVID,” Carpay said.

“Harvard, Cornell and other universities with vaccination rates of 95 percent or higher are still seeing more COVID during the current academic year than they had last year. If the vaccine does not stop the spread of COVID, why force young and healthy university students or anyone for that matter, to take it.”

Canadian Dr. Patrick Phillips, who works in rural Ontario, has for months been calling out COVID jab mandates along with restrictions.

In his opinion, preventive measures such as a higher intake of Vitamin D and C and Zinc are key to beating the virus, as well as the use of Ivermectin.

Phillips told LifeSiteNews earlier in the year that a growing number of doctors in Canada “are a movement of physicians who are going to follow the Nuremberg Code, a diverse group of physicians. We are not anti-vaccine, or even anti-lockdown necessarily.”

Phillips has now had sanctions placed on him by the College of Physicians and Surgeons of Ontario. He is barred from prescribing Ivermectin as well as handing out COVID exemptions.

Harvard trained lawyer: COVID jabs being forced on people is ‘Dr. Mengele at Auschwitz all over again’

In a November 29 opinion piece published on LifeSiteNews, Dr. Joseph Mercola wrote about a video interview he did with Dr. Francis Boyle, a professor of international law at the University of Illinois College of Law who has called out lawmakers pushing COVID jabs.

Mercola wrote that he had interviewed Boyle about “likelihood of SARS-CoV-2 having been engineered in a lab” and that those responsible for the virus need to be held accountable.

“These are the exact same people, the FDA, who are authorizing all of these frankenshots, including last week for kids from 5 to 11. So, they developed this biological warfare weapon and now they’re approving all the frankenshots. This is a one-two punch against the American people,” Boyle said to Mercola.

“What we’re seeing now with these frankenshots for children, this is Dr. Mengele at Auschwitz all over again. That’s where this Nuremberg Code on Medical Experimentation came from.”

Boyle also said to Mercola that “In the Nuremberg Charter judgment and principles, ‘a crime against humanity’ is defined in part as ‘murder, extermination or other inhumane acts committed against a civilian population.’ That’s what’s going on right now against the American population.”

Boyle wrote “Biowarfare and Terrorism,” which was published in 2005.

As for Carpay, he said that the Nuremberg Code of Medical Ethics “requires that subjects can exercise free power of choice without any force fraud, deceit, duress, overreaching or other ulterior form of constraint or coercion.”