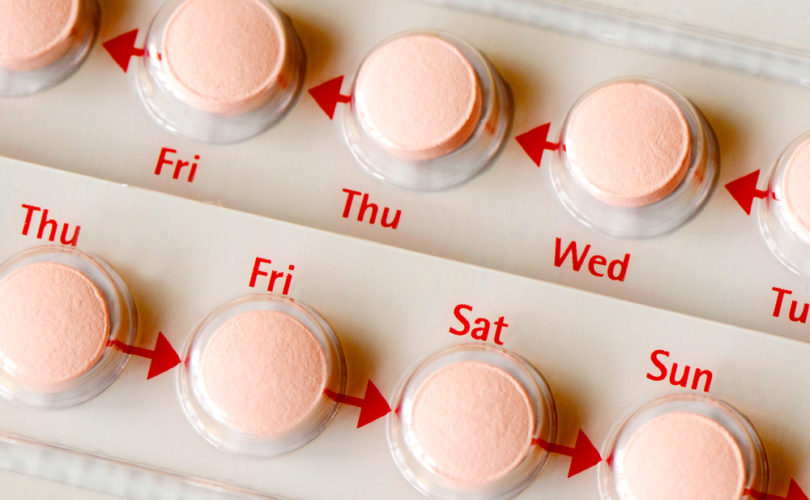 The research also showed that pill users’ ovaries were between 29-52% smaller than those who were not on the pill.

Taking the pill may damage a woman’s fertility by quickening her biological “clock”, a new study has found.

Researchers in Denmark tested 833 women to see what effect the contraceptive pill had on their reproductive systems. They found that the contraceptive can temporarily drain a woman’s ovarian reserve, a measure of the ovary’s capacity to produce eggs capable of fertilization.

The ovarian reserve is determined by the combination of two measurements which make up what is commonly referred to as the Biological Body Clock Test.  Both the anti-Mullerian Hormone (AMH) levels in the blood and the antral follicles in the ovaries are measured to establish the ovarian reserve.

The study found that both the AMH levels and the antral follicle measurements were diminished in the women who were on the Pill by 19 and 16 percent, respectively, thus reducing their chances of conceiving.

Dr. Katherine Birch Peterson from the Copenhagen University Hospital, who presented the study to the European Society of Human Reproduction and Embryology, said that “the pill may mask a severely diminished ovarian reserve… and this is important to recognize.”

The research also showed that pill users’ ovaries were between 29-52% smaller than those who were not on the pill.

Though the researchers said they believe the detrimental results of using the pill may only be temporary, they added that further research is necessary.

“We do not believe the pill changes the ovaries in any permanent way. But we still need to know more about the recovery phase after women stop the pill,” said Dr. Birch Peterson.

Dr. Birch Peterson maintains that women should wait three months after using the pill to be tested in order to have a more accurate measurement of fertility.