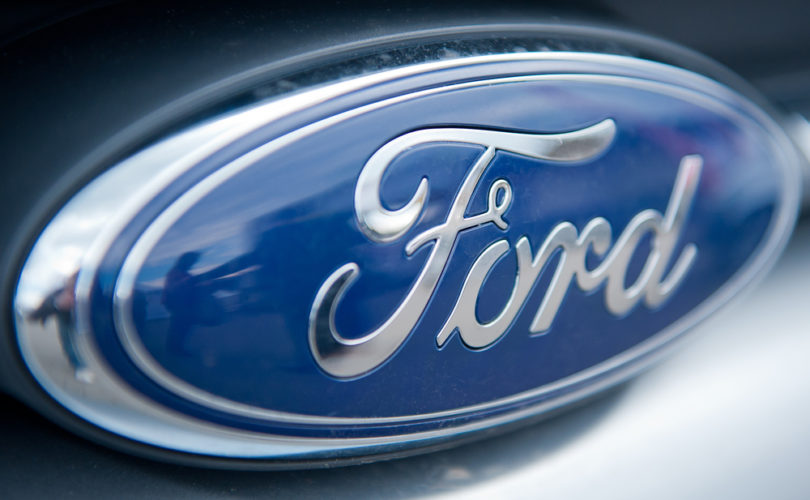 DETROIT, MI, February 4, 2015 (LifeSiteNews.com) — A former contractor with Ford Motor Company has sued, saying the auto giant and contracting firm RGBSI violated his civil rights when he was fired for his religious opposition to same-sex “marriage.”

In a complaint filed with the Equal Employment Opportunity Commission and provided to LifeSiteNews, Thomas Banks said that he was fired after commenting on Ford's policy related to same-sex relationships. According to Banks, Ford invited employees to comment on the policy, which Banks — who was an employee of RGBSI at the time — did.

Within two weeks, Banks had met with a Human Resources employee of Ford and been fired by RGBSI. His complaint, which was filed on January 28, 2015, is being represented by the Christian-oriented Liberty Institute.

According to the complaint details, Banks' wrote his comment on Ford’s policy that the company “should be thoroughly ashamed.”

“Endorsing and promoting sodomy is of benefit to no one,” he continued. “This topic is disruptive to the workplace and is an assault on Christians and morality, as well as antithetical to our design and our survival. Immoral sexual conduct should not be a topic for an automotive manufacturer to endorse or promote. And yes-this is historic-but not in a good way. Never in the history of mankind has a culture survived that promotes sodomy. Heterosexual behavior creates life-homosexual behavior leads to death.”

According to an email from a RGBSI employee who formally relieved Banks of his job, Ford's Human Resources representative said that Banks' comment violated the Ford anti-harassment policy related to sexual orientation. That policy outlines behaviors that are considered harassing, including but not limited to “jokes or stories that are derogatory toward someone's membership” in a specific group, as well as “degrading comments” or “demeaning or criticizing an individual because of her/his membership in one of these groups…”

Banks was also told in an email that he was “in violation of the RGBSI harassment policy,” which says that “harassment of any other protected status…is also prohibited.” As part of his complaint, Banks noted that “a careful reading of RGBSI's own policy confirms that its own policies do not even prohibit what it claims is the policy basis for its decision. RGBSI only has a ‘sexual orientation’ policy that applies in New York City, New York. No such policy exists in Michigan, or for Michigan employees.”

“It is undisputed that I performed my work, live in, and sent my email while in Michigan. Thus, RGBSI terminated me for stated reasons that have no basis in RGBSI policy,” write Banks.

An examination of the emails provided to LifeSiteNews about Banks' claims related to RGBSI policies verified the fired employee's statement.

According to Liberty Institute Council Cleve Doty, who represents Banks, both Ford and RGBSI are included in the complaint because “it was Ford that initiated the meeting with Thomas Banks, and said that his comment may have violated company non-discrimination policies.”

“He was later informed by the contracting company that he was being released by Ford,” said Doty. “[RGBSI] could have kept Mr. Banks on staff, but chose instead to say he violated their non-discrimination policies, and fired him.”

“This one is particularly troubling because the guy works for three years, with a clean record, but then gets fired for making one comment in an area asking for comments about company policy — and he stated his religious beliefs,” explained Doty. “Therefore, he was fired for his religious beliefs, which is in violation of federal civil rights law and the U.S. Constitution.”