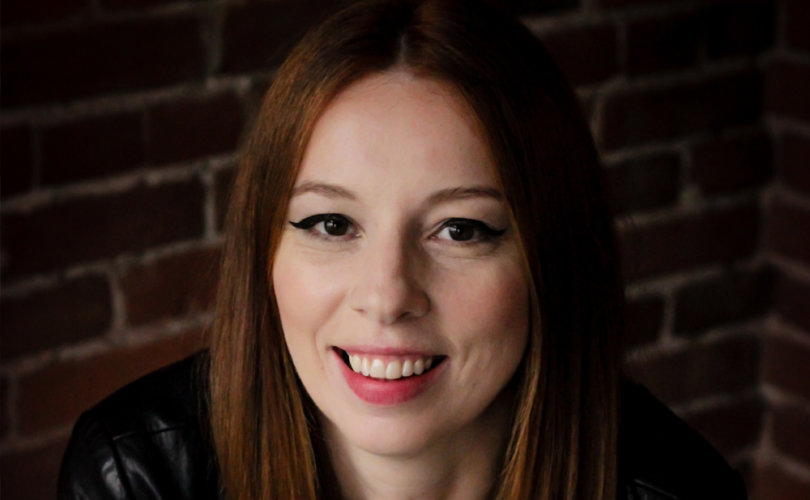 TORONTO, October 18, 2019 (LifeSiteNews) — While libraries across the United States are embroiled in controversy over Drag Queen Story Hours, a library in Canada has come under fire for allowing a feminist who argues against transgenders — men who present themselves as women — using girls’ and women’s restrooms and locker rooms to proceed as planned.

Toronto’s top librarian, Vickery Bowles, says she won’t back down on her decision to allow feminist Meghan Murphy to speak at an event organized by a local group, Radical Feminists Unite.

“I'm not going to reconsider not supporting free speech” declared Bowles in an interview with CBC (Canadian Broadcasting Corporation) Radio. “No, I'm standing up for free speech.”

Bowles’ bold statement in defense of free speech came amid a firestorm of criticism from authors who say they will no longer participate in Toronto Public Library (TPL) events, from the city’s mayor, John Tory, and from other politicos who view Murphy’s stated views as “hate speech.”

“I don't agree with the decision,” Mayor Tory said in a press release. “I'm disappointed in the Toronto Public Library's decision to allow this talk to go ahead on its property.”

Murphy has been a leading voice against aspects of the advancement of transgender rights, which she and others view as infringing on the rights of women and girls.

In the past, Murphy has argued that “‘allowing men to identify as women undermines women's rights and that transgender women should not be allowed in women's spaces,” according to the CBC.

Murphy explained, “Women and girls around the world have concerns about the ‘impact of gender legislation’ and deserve to be heard,” according to a CBC report.

Yet it is precisely those voices that are being told to button up and keep quiet.

In Canada as in the United States, those who oppose the advancement of transgenderism, especially with regard to the dangers of biological men being given access to once sacrosanct private spaces for women and girls, have been silenced by the forces of transgenderism and its many media and political allies.

“It's incredibly disappointing that their voices and arguments have not been given fair treatment in the media, and it is appalling that so many who consider themselves progressive people have smeared, threatened, bullied, and ostracized those who do speak out,” said Murphy.

In an interview with CBC Radio, Bowles did not shrink back from her decision to allow the library to host the event:

Click here to listen to the CBC Radion interview.

Asked if she was aware that Murphy would be featured at the event in the rented space, Bowles responded, “Absolutely, we knew that.”

The incredulous CBC reporter asked, “And you knew that Ms. Murphy has argued that trans women should not be allowed into women's locker rooms … bathrooms or prisons, and that allowing people to self-declare their legal gender will ‘nullify women's rights.’ You knew all of that?”

“Yes, we did. We were well aware of the Vancouver Public Library controversy, where Meghan Murphy was allowed to speak,” said Bowles. “And the room rental purpose was to have an educational and open discussion on the concept of gender identity and its legislation ramifications on women in Canada.”

The CBC interviewer appeared taken aback that Bowles views the event as educational in nature. “The purpose of this … wasn't an educational session, was it? This is someone who says that these rights should not exist, is that not the case?”

“It's a discussion,” insisted Bowles. “It's part of a civil discourse that people are having in the larger community about gender identity.”

The CBC interviewer then registered disbelief that there two legitimate sides in the discussion about transgender rights: “If you have somebody within that discussion who denies that these rights should exist … is that really a side? Or is that denying somebody their rights?”

People in the community, on social media, have been describing this as hate speech. It's not defined under the Canadian Charter of Rights and Freedoms … as a hate speech. Otherwise, Megan Murphy would not be allowed to speak about these things. She would be facing criminal charges. But she's not.

But it's at that time that it's most important to stand up for free speech. That is what makes Canada a democratic country, and that is what we need today more than ever.

The CBC interviewer asked Bowles how she thought a trans person would feel sitting in the room with this panel discussion.

“We've heard from trans people and other people who are very supportive of us. But they don't want their voices to be out there,” said Bowles. “They asked us to keep it in confidence and keep their communication to us in confidence, because they just don't want reprisal on social media.”