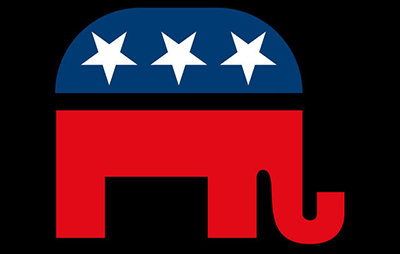 February 5, 2020 (LifeSiteNews) – Tensions are boiling over in Texas over the state Republican Party denying the pro-LGBT organization Log Cabin Republicans (LCR) a booth at its annual convention, highlighting tensions between the party’s traditional conservatism and its more liberal/libertarian factions.

The State Republican Executive Committee voted over the weekend to table a motion to vote on giving LCR’s Houston chapter a booth this year, the Houston Chronicle reported, continuing a trend of snubbing LCR that has persisted for over 20 years.

“There was a decent discussion yesterday and clearly, today after having already had that discussion yesterday, the committee decided not to rehash the lessons that frankly the party’s been considering for a long time,” state GOP chairman James Dickey said. “The discussions I had with members yesterday was how proud I am of how different a heartfelt debate looked like in our party compared to how I am convinced a similar debate on a similar topic would look from the other party.”

“Obviously, we are very disappointed with the decision made by our elected representatives,” LCR Houston president Marco Roberts said in response to the vote. “There were a few courageous members of the SREC who stood with us, even under enormous pressure to refrain from doing so. We owe them our highest respect and deepest gratitude. Many have told us that it is upon us to make the case for ourselves. We agree, and we intend to do that, for us, and for our great party.”

Debate was reportedly heated during Saturday’s meeting, with LCR supporters invoking “equality” and arguing that Republicans could not afford to shun any potential voters, and opponents contending that LCR’s dissent from certain tenets of the party platform disqualified it from participation.

The Austin Statesman’s Jonathan Tilove noted that the Texas GOP’s official platform “affirm(s) God’s biblical design for marriage and sexual behavior between one biological man and one biological woman” and “oppose(s) homosexual marriage, regardless of state of origin.” LCR counters by arguing that participation in the convention requires only acceptance of the platform’s list of 10 principles, which does not mention homosexuality.

Republican state Sen. Bob Hall defended excluding LCR on the grounds that “they don’t have the basic belief in the God of the Bible that we are founded on,” and that the group was on the wrong side of “this abominable sex education that goes on in our schools where they’re trying to push unnatural sex as natural.”

A review of the Log Cabin Republicans of Houston’s website indicates a mixed record on LGBT issues. A speech by Roberts condemns the prospect of forcing a female student “to undress in the presence of someone she grew up knowing as a boy all her life up until high school,” while elsewhere the group touts its efforts to eliminate the GOP platform’s language that “homosexual behavior is contrary to the fundamental truths that have been ordained by God in the Bible.”