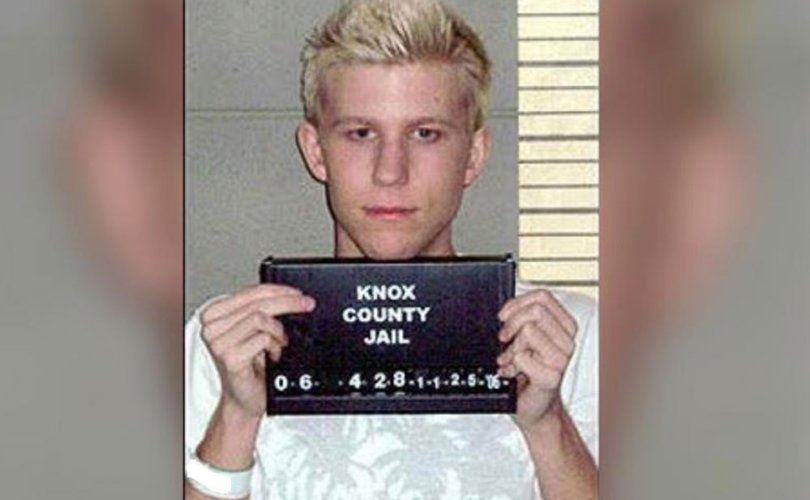 July 18, 2012 (LifeSiteNews.com) – A convicted sex abuser who has filed a one million dollar suit against the pro-family group Mass Resistance suffered a setback last week when his motion for a preliminary injunction to silence the group was rejected by the presiding judge.

“Maine may not punish, through criminal sanction, an individual’s actions that are protected by the free speech clause of the First Amendment to the United States Constitution,” wrote District Judge Patricia G. Worth in her decision, signed on July 11.

Meanwhile, a police chief that Adam E. Flanders has repeatedly claimed supported his lawsuit and described his sex abuse charge as akin to “stealing a candy bar” has disputed Flanders’ account of events in a LifeSiteNews (LSN) interview. LSN has also learned that in addition to the sex abuse charge, Flanders has been convicted of assaulting a minor with whom he had a sexual relationship, as well as the boy’s father, with a knife.

Flanders, a Belfast, Maine homosexual who was convicted in 2008 of sexual abuse of a minor and sentenced to three months in jail, has been seeking to force Mass Resistance to remove from its website a copy of a letter Flanders wrote in 2007, accusing a local homosexual “youth group” of facilitating the sexual abuse and exploitation of minors. It also describes Flanders’ own relationships with minors in the group after he had turned 18.

The letter, which was sent to the Maine Christian Civic League and quoted in whole or in part by local newspapers, has been on the Mass Resistance website since 2007 as evidence of the destructive nature of homosexual “youth groups,” which Mass Resistance President Brian Camenker says often facilitate abusive contact between adults and minors.

Flanders’ campaign to remove the letter and all references to him on the Mass Resistance website has included a successful motion for a restraining order against Camenker, granted by the same Judge Worth in June of this year, although Camenker says that he has never seen nor met Flanders, and was not permitted by Worth to testify in his defense. Flanders has also filed suit against Camenker in Maine district court for $1 million for “defamation,” “harassment,” and “stalking” by means of the posts.

While acknowledging the restraining order that she had recently approved against Camenker, Worth was not willing to muzzle Mass Resistance, noting, “An individual’s right to free speech loses its protection when the speech uttered constitutes libel, a true threat, or fighting words,” adding the “Plaintiff has failed to demonstrate … that the writings rise to the level of fighting words (inciting an immediate, violent reaction). or a. ‘true . ..threat.’”

Flanders claims in his suit that Camenker is exaggerating the seriousness of his sex abuse conviction, which is a class D misdemeanor in Maine, and writes in his complaint that Belfast Police Chief Michael McFadden has called it equivalent to “stealing a candy bar.” He also claims that he has protected minority status in Maine due to state anti-discrimination laws, implies that Camenker is guilty of “hate crimes” against homosexuals, and requests that “Defendants’ online conduct be limited, that the Defendant refrain from further harassment and stalking against individuals based on their sexual orientation…”

Flanders also successfully shut down the Mass Resistance website last month after threatening the organization’s web hosting service, according to Camenker, who has since found a new hosting service that is not intimidated by Flanders’ threats.

In addition to Mass Resistance, Flanders recently threatened Peter LaBarbera of Americans For Truth About Homosexuality (AFTAH) with legal action for posting his letter and recounting Flanders’ actions against Mass Resistance. Flanders has also threatened LifeSiteNews with legal action if it does not remove a previous article written about the case and cease to write about the matter.

In an interview with LifeSiteNews.com on Monday, Belfast Chief of Police Michael McFadden distanced himself from Flanders’ claim that he had said Flanders’ offense was no worse than “stealing a candy bar,” explaining that police often make such statements in an attempt to elicit a confession from a suspect.

Although he acknowledged that a recording that Flanders has of him making the statement is real, he added that “there could be a lot of things I said in that interview with him that were designed and are used by investigators nationwide to encourage people to talk about certain things. It might not be the way I feel, but it usually works in terms of getting people to confess to a criminal act.”

Asked if he regarded the actions of Flanders in the sex abuse case as morally equal to stealing a candy bar, McFadden answered: “Absolutely not, holy cow, no, but if I start my interview and say ‘what you’ve done is heinous, and horrible, and how could you?’ do you really think I’m going to get this person talking to me about it? No, of course, not. So you try and minimize these things as an investigator.”

McFadden also denied the claim made by Flanders in his suit that McFadden had said that he was “attempt[ing] to find some way to criminally charge Brian Camenker,” or that he had advised Flanders to sue, and noted that restraining orders such as the one imposed by Judge Worth don’t generally apply to people in other states.

“I can tell you that, I had a conversation with Adam Flanders, and if those are the things he quoted out of that conversation, not only has he taken what I said out of context, but he also misquoted me,” said McFadden, who also stated that “Adam Flanders is not a paid or unpaid spokesperson for the Belfast police department. He’s got no inside information.”

Although McFadden said his department has a strict policy of not verifying the existence or non-existence of investigations, he noted violations of restraining orders do not include activities in another state.

“You can’t have contact with someone long distance, unless you’re calling them on the phone I guess would be one way, emailing them, but you know if its happening in a different state, I don’t know that our protection orders would give us jurisdiction in another state, to curb the activity of someone in a different state,” he said, and affirmed that “to my knowledge there has been no violation of this particular [restraining] order” against Camenker.

McFadden says that he has received “threatening emails here at the police department, and very unflattering emails” in response to his perceived support of Flanders in his actions against Camenker, which he attributed to Camenker’s statements about him on his website, adding that “I don’t think those statements are fair or accurate.”  He said he was not taking sides in the dispute between Flanders and Camenker.

LifeSiteNews has also learned that Flanders has a long list of convictions for which he expresses little remorse, and is seeking to erase from his record as he finishes a degree in biology.

In addition to his 2007 conviction for sexual abuse of a minor, which earned him a three-month jail sentence and put him on the state’s sex offender registry for ten years, Flanders was also convicted of assaulting one of the boys with whom he had had a sexual relationship at the youth club exposed in his letter, as well as the boy’s father, in 2008.  Flanders assaulted both victims with a knife, although the severity of their wounds is not clear.

In toto, Flanders received over twelve years of jail time, all of which apparently was suspended except for nine months, of which he says on his blog that he only served part due to good behavior.

The Daily News also reports that Flanders was convicted again in late 2011 on two counts of violating the terms of his release and sentenced to yet another two-and-a-half-years in jail, which was also suspended in favor of probation.

Flanders claims that his convictions were due to the withholding of exculpatory evidence and says on his weblog that he is appealing the convictions. He refused to talk to LifeSiteNews when an interview was requested of him, and instead threatened LifeSiteNews with legal action, in a “CEASE AND DESIST notice to refrain from further publications about me.” He also indicated that he had contacted LifeSiteNews’ s Internet service provider in an apparent attempt to shut down its website.

“I demand that you remove the current publication about me,” wrote Flanders. “I will pursue litigation if you do not remove the offending material and/or continue to publish material about me. You are in violation of your web host’s Terms of Use and I have already been in touch with them concerning this matter and they are currently investigating your organization’s harassment and defamation. They indicated that your contract will likely be terminated and your website be removed in its entirety due to your violations.”

LifeSiteNews.com has been advised by legal counsel that nothing that LifeSiteNews has written regarding Flanders is actionable under American defamation law.